Google Hangouts for Android now allows you to manage your text messages from it. But not everyone is much of a fan of it, so here’s how to turn it off.

Google Hangouts for Android includes a new feature, which allows you to manage your text messages from it. Not everyone is much of a fan of it, so here’s how to turn it off.

If you’re a regular Google Hangouts user and you’re not too paranoid about your privacy, using the same app for text and multimedia messaging might seem like a good idea. However, if you prefer to use your phone’s built-in messaging app and turned SMS in Google Hangouts on by mistake, you should know that you can turn it off. For example, if that did happen, you’d see the splash screen below.

Either way, here’s how to turn it off and go back to your phone’s messaging app that you use.

Start the Google Hangouts app on your Android smartphone. If SMS is enabled, all of your messages, from Google’s service and your own, will be shown in the app’s interface. If you want to turn the feature off, tap the Settings menu at the top right side of the screen. 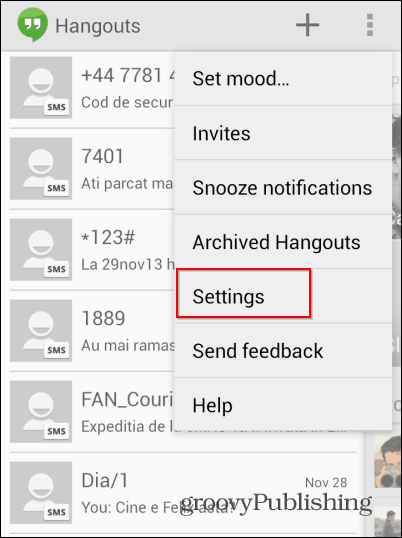 Then, on the next screen, go to SMS. 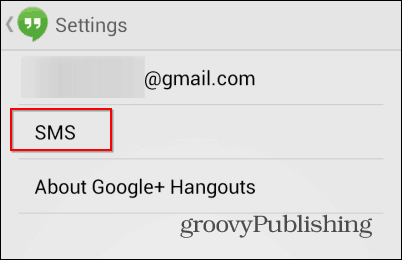 Now, make sure the box next to Turn on SMS is not checked, if it is just uncheck it. That’s it! SMS is now handled by your phone’s regular app. 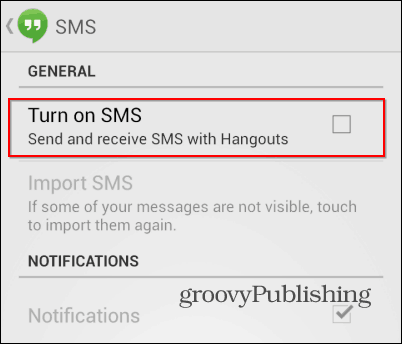