The VIZIO P-Series Quantum 65″ is the top of-the-line TV VIZIO makes. We took it for a test spin — it was amazing!

This review was sponsored by VIZIO.

Like most families in 2018, we watch a lot of TV… or should I say, we stream a lot of TV via Netflix, Hulu, and other streaming services. Most of this viewing has been done with a TV I purchased over five years ago — a top-of-the-line LED 1080P HDTV. My rationale, when I buy something, I buy the best. Not only do I get the best product on the market, but I also save money in the long-run as quality lasts.

Recently, however, I went looking for a new 4K TV. Not that there that there was anything wrong with my old 1080P, but, given my recent hobby of shooting 4K video with my drone, I found the 4K is a hard requirement to actually watch the footage I’m capturing. I was thrilled when VIZIO asked if groovyPost wanted to review its latest, top-of-the-line TV. The VIZIO P-Series Quantum 65” 4K HDR Smart TV | PQ65-F1. So in exchange for writing up the review, they sent me the TV so I could perform a full, hands-on review for them. This was perfect timing and actually, the exact TV I was looking for. Let me explain why. 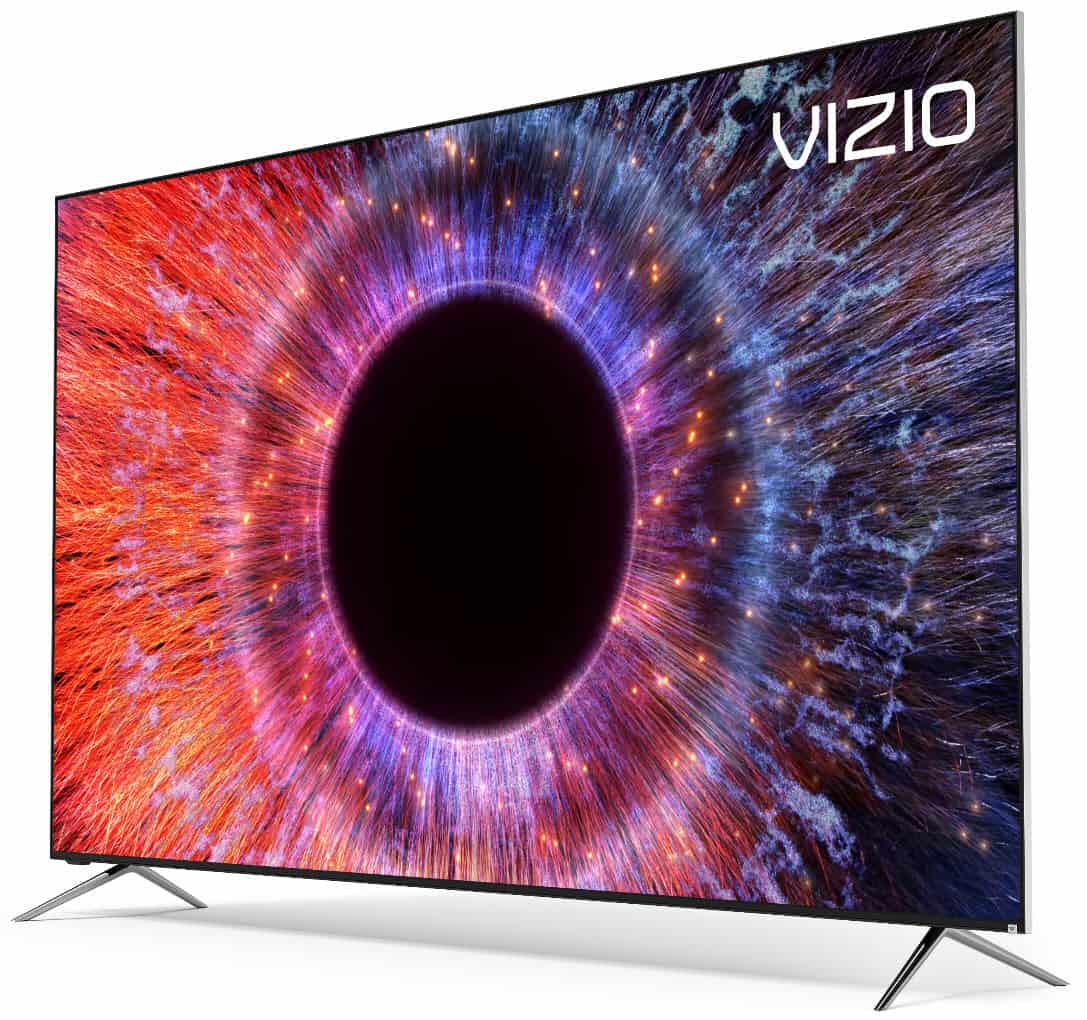 The P-Series Quantum is VIZIO’s best TV ever. The Quantum 65” includes all the top features you would expect in 2018. Here’s a quick summary of the features I found most important:

Let’s dig into some of these features, starting with the most impressive features of the new P-Series Quantum.

First and foremost, the picture quality is the most important component of a TV. And when it comes to picture quality, HDR is as good as it gets (today that is). HDR or high dynamic range expands the TV’s contrast ratio and color palette. When combined with HDR content, it allows for a more realistic and vibrant picture including brighter highlights and darker blacks without losing their pop. Overall, it’s just a better, richer and more vibrant picture. 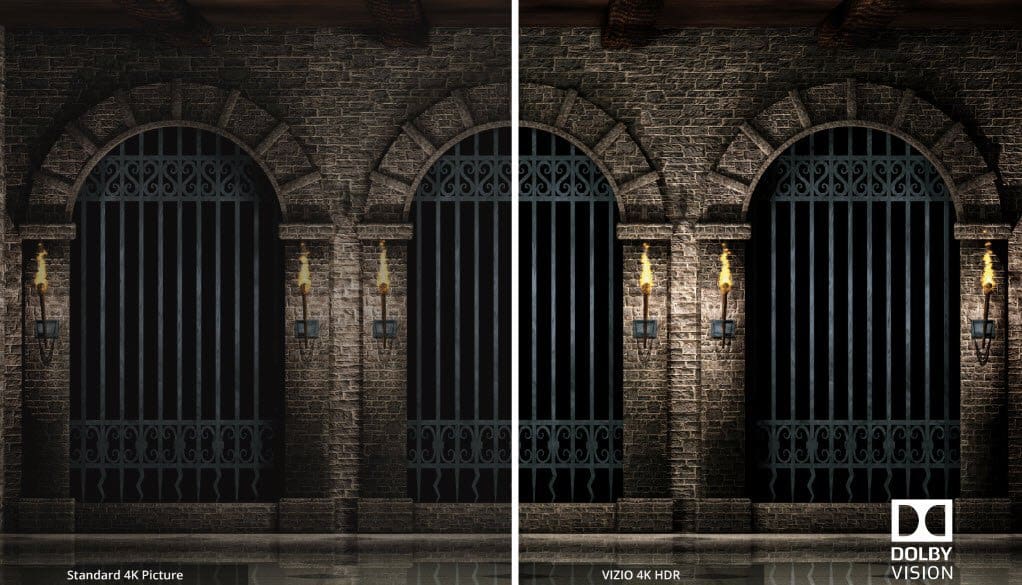 The P-Series Quantum with Active Full Array Max not only provides full 4K HDR, but it also supports Dolby Vision, HDR10 and the latest format, HLG (hybrid log gamma) content. The Quantum truly has it all, allowing it the flexibility to display the content, no matter which HDR format it was shot in.

All 2018 models from VIZIO are equipped with Active full array backlighting, which layers in local dimming to give the TV more control over the lighting being displayed on the screen. It allows deeper blacks and detailed control brightness on different parts of the screen. Being the flagship for VIZIO, the 2018 P-Series Quantum includes an amazing 192 local dimming zones. Combined with HDR, it allows content to be more lifelike, accurate, and picture-perfect.

I could explain in even MORE detail why Full Array Local Dimming (FALD) with 192 Local Dimming Zones is awesome, but, here’s an excellent explanation of the tech in full detail directly from John Hwang, Vice President of Program Management at VIZIO.

According to VIZIO, through the use of its Quantum Color Spectrum technology, the P-Series 65” Quantum is able to render and display over 1 billion more than conventional TVs. 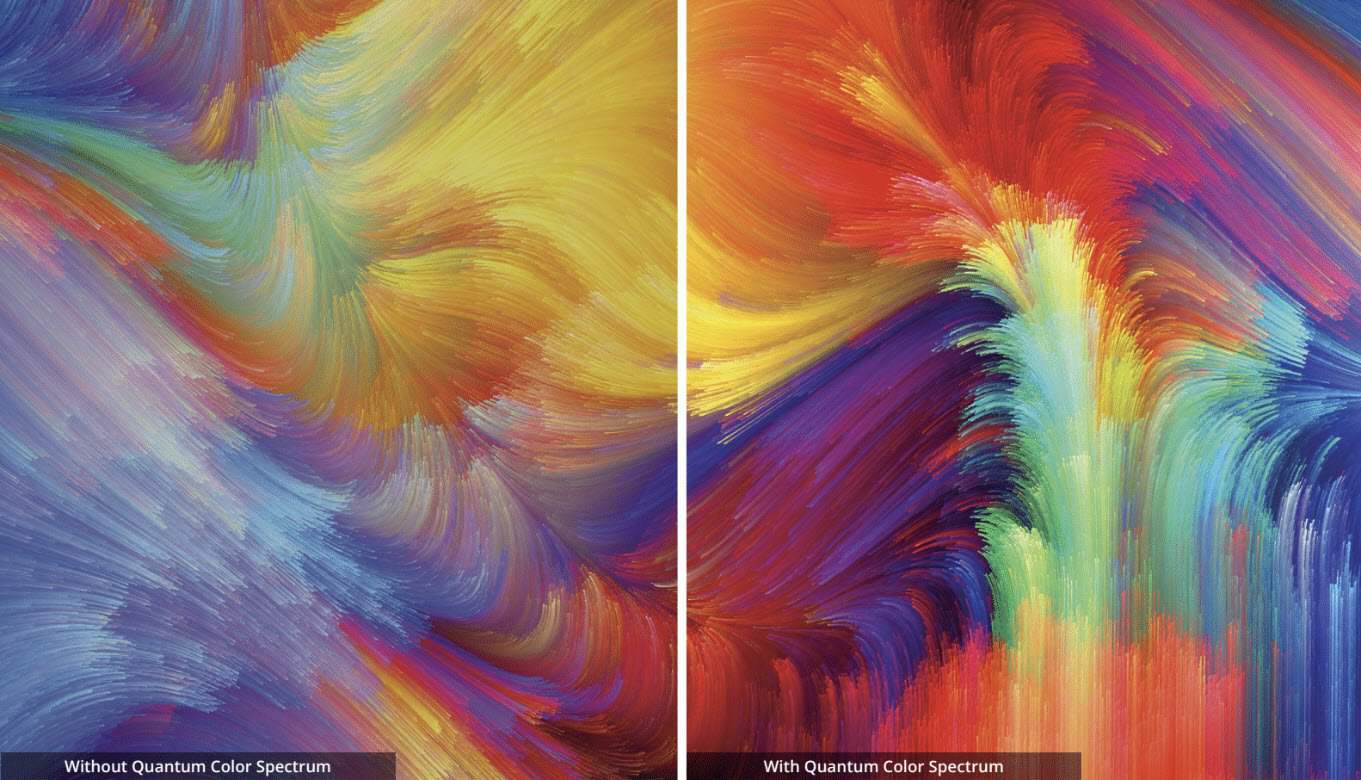 You know what they say, you know it when you see it. Having spent over a month with this new VIZIO, trust me, I’ve seen it. The color palette is bright and accurate with perfect hues and tones. 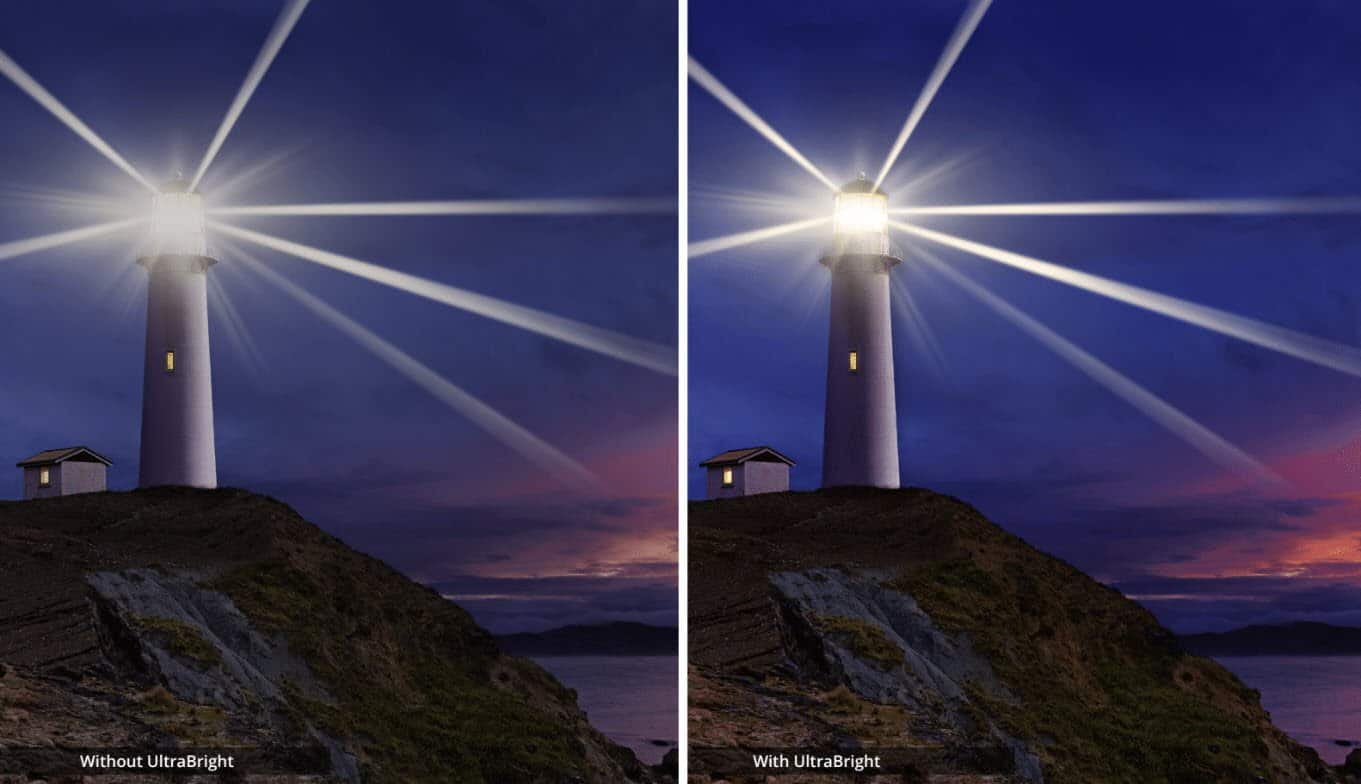 With over 2000 Nits of peak brightness, this TV has the brightest screen, by far, than any other I’ve reviewed over the years. When combined with VIZIO’s FALD tech, although brighter than ever, it’s able to preserve deep, dark black detail — keeping the image crisp with lifelike detail.

Prior to dropping the new VIZIO 65” 4K P-Series Quantum into my living room, it was a constant gymnastics exercise, bouncing between my Apple TV, Roku, and our Amazon Fire TV in order to get at all the Apps. Although my older TV was a “Smart” TV with most of our apps built into it, its CPU was obviously outdated the moment they sold me the unit. It was so painfully slow, out of the box, the apps weren’t usable.

Compared to the VIZIO P-Series Quantum, it’s night and day. The apps are fast and snappy and include everything we use in the home. Did I mention it also has support for Google Assistant and Amazon Alexa? Additionally, being that none of my streaming devices – Apple TV, Roku, and Amazon Fire TV support 4K streaming, if I wanted to take advantage of the 4K picture, I would need to spend cash on upgrading each of the stream devices. I’m happy I won’t need to do that now that the VIZIO supports these apps natively — all in 4K! Cash in the bank!

As of today, November 2018, here is the list of apps included with the TV natively: 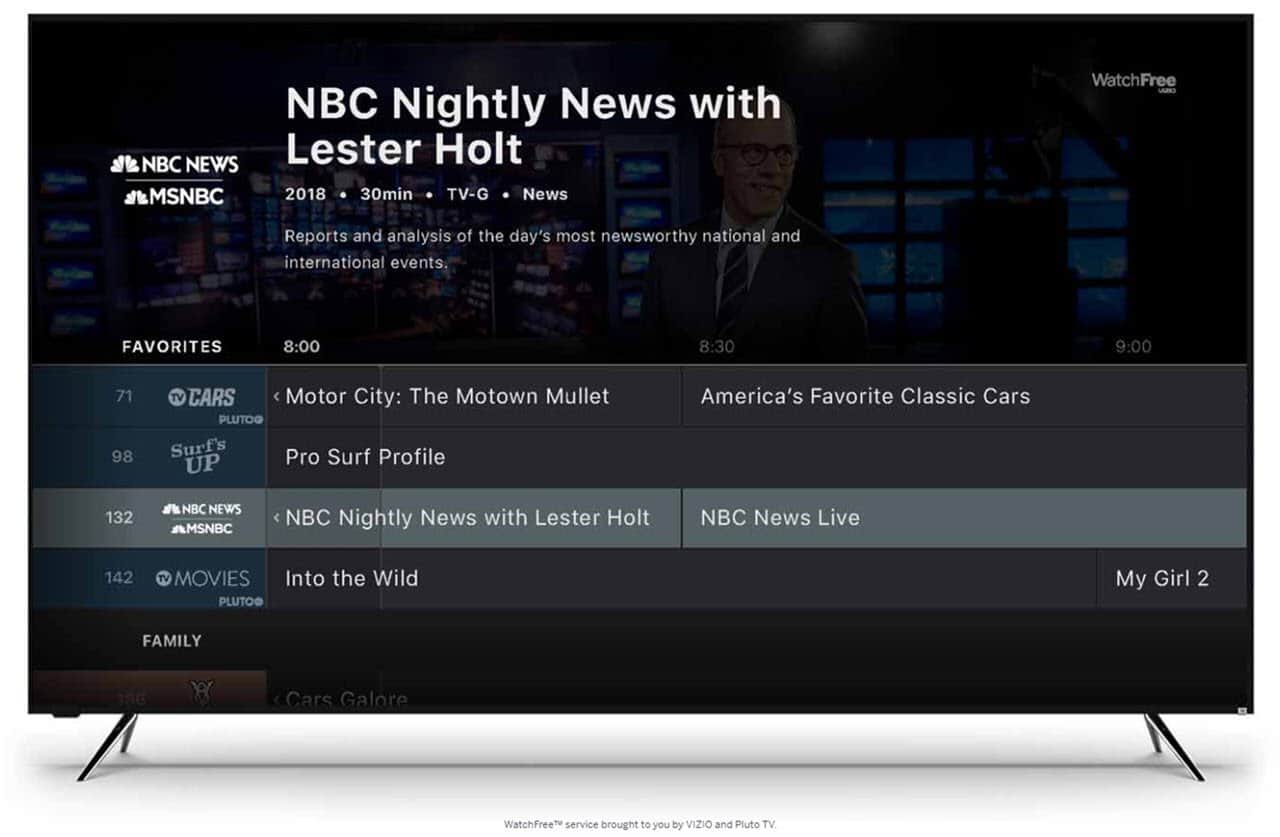 Most of the apps speak for themselves, however, VIZIO Watchfree is a partnership with Pluto TV was new for me. Announced earlier this Summer, WatchFree is a free TV streaming service with more than 100 channels, music and 1000’s of free movies from major studios like Paramount and Warner Brothers. I’m not one for live TV personally, however, the movies are great and, if you don’t have cable or are want to become a cord-cutter, there is value in this offering — and it’s free so you can’t beat that.

For those apps not included (Direct-TV for example…), the VIZIO has a built-in Google Chromecast which allows you to stream from any App on your phone or PC which supports Chromecast. I took it for a test drive on my Mac w/Chrome and it mirrored my desktop perfectly including playing Youtube and other streaming apps. When launching content online, the device will actually send the URL of the content to the TV so it can stream point-to-point vs. through your device. From my mobile, casting photos and music to the TV was fast, snappy, simple — just seamless.

Overall, the apps and built-in Google Chromecast was a huge plus when reviewing the TV. No extra devices needed. The only downside here I could mention would be the WatchFree app. Although packed with content, it was a bit sluggish.

It’s funny how the first thing my kids look at when I bring a new TV home is — how thin is it? The P-Series Quantum doesn’t disappoint here. Here are a few shots of the TV’s look and it’s various ports as well. 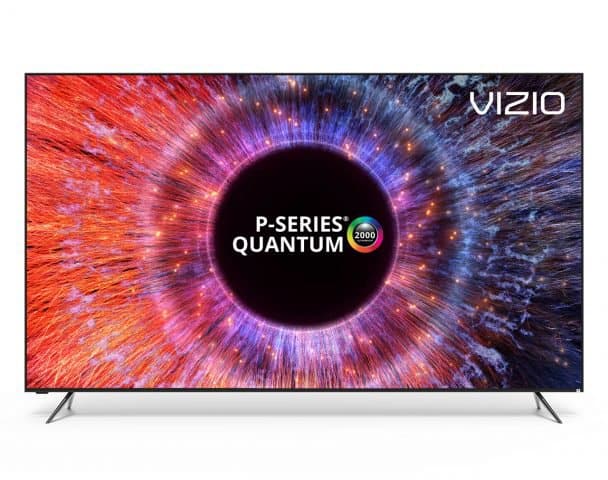 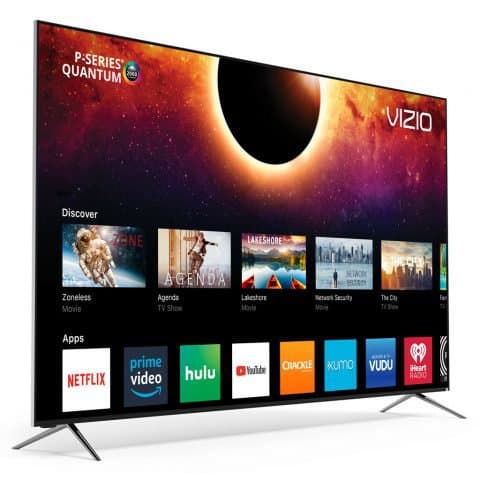 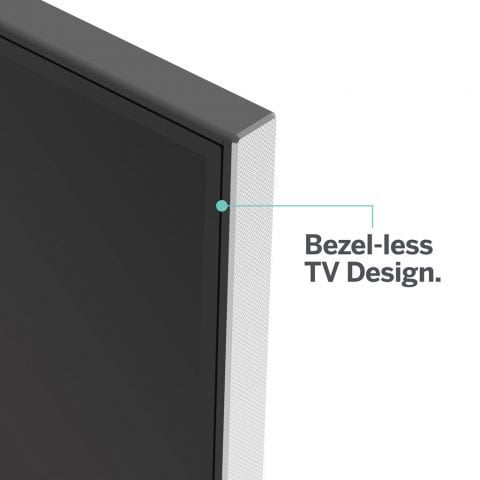 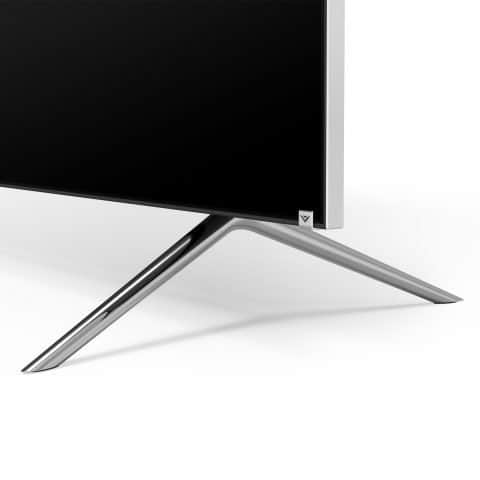 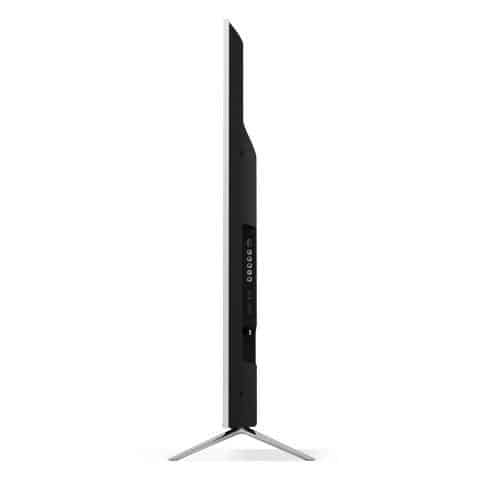 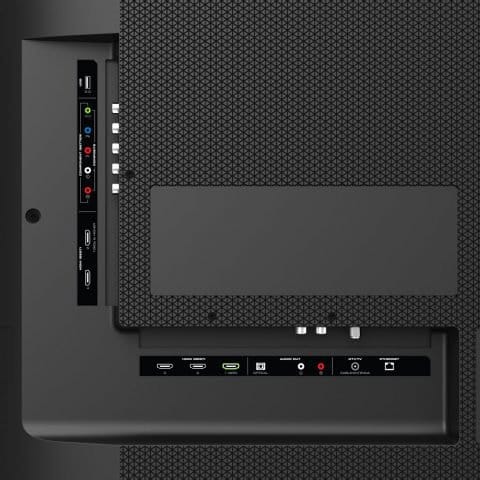 The TV has all the needed inputs and outputs including:

The P-Series Quantum only comes in one size – 65” and it retails for $2,099.99 from big box and online stores including B&H, and Bestbuy.

This TV from VIZIO is exactly what I’ve been waiting for. The screen quality is by far the best, most feature packed I’ve ever tested. Combine that with the great look and built-in apps and Google Chromecast, I have no problem recommending this TV to you our readers. The only downside, however, only comes in 65” as of today… Granted, that’s still plenty of screen and it no doubt keeps the price in-line with my budget.