I’m still not sure whether or not an antivirus is reasonable or useful on Android at this point, but remotely tracking a lost phone sure is. Here’s a brief review of the Lookout Mobile Security suite for Android.

Ever since Apple updated iOS with a Find My Phone feature I’ve been looking for a way to do the same thing on Android. Lookout Mobile Security suite for Android offers some of the same functionality for free, but requires a premium account for full features. It offers a 14 day free premium trial, but after that it will require a subscription cost of $3 a month or $30 a year. Nevertheless, we like to focus on free software here on groovyPost so I’ll just be reviewing the free features, and if you like them enough you can take the 14 day premium trial for a test drive.

Lookout Mobile Security for Android handles 3 basic things in the free version: Security, Backup, and Remotely locating a missing device. The first thing I noticed straightaway was how simple the interface was. This is an app I wouldn’t be afraid of recommending to my technology inept parents, because setup only really takes a few taps here and there – although the most important part of setup requires creating an account. 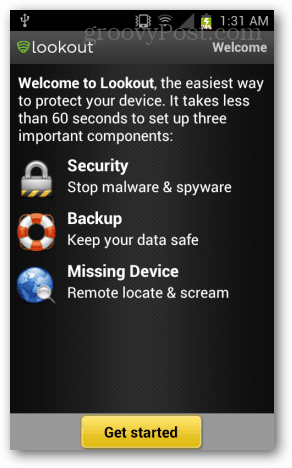 Security
As an anti-virus app, the first thing Lookout handles is overall application security. Unlike PC security, Lookout doesn’t scan your system and file structure for problems, it just looks at your apps. With that said, if you only download apps from the official Google Play or Amazon markets, you probably don’t need to worry about running Lookout’s antivirus security. This is because Google automatically scans every app on its market, keeping things virus free. But, some apps still request more permissions than are necessary, and potentially invade your privacy. However the free version of Lookout doesn’t scan for privacy intrusions. 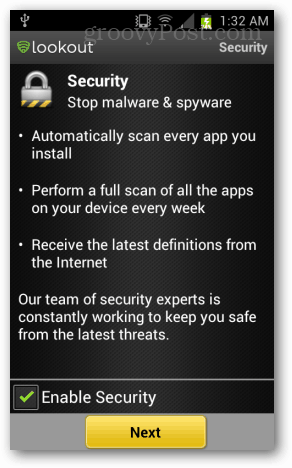 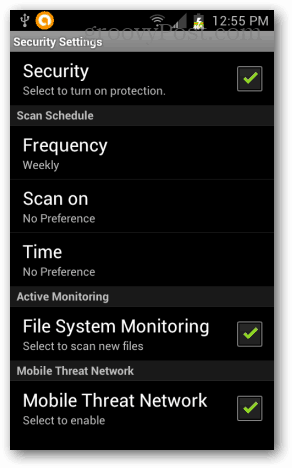 Lookout’s backup feature will automatically sync your contacts with its online servers and allow you to restore them should something happen to your device. Likely your Android phone is already backing up contacts to your Google account, but if it isn’t then this is a groovy Google alternative. The premium version can backup photos and call data, but Lookout only gives you 1.5GB of online backup storage – which could be filled up pretty quickly using those spiffy 8MP cameras equipped on modern Android phones. 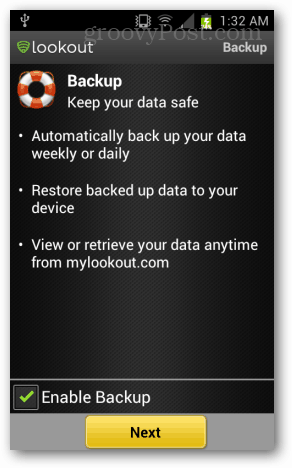 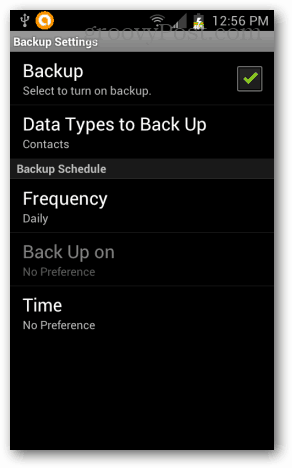 This is the exact feature I downloaded Lookout for, and it works just as I hoped it would. Once set-up, you can login to your Lookout account from the MyLookout website and find the exact location of your phone within an accuracy of 12 meters (39 feet). Additionally you can send a siren to the device that plays at maximum volume and sounds like a blaring ambulance. The siren cannot be silenced if the phone screen is locked, even if the volume setting is muted, although turning off the phone will do it. For both of these features there is a 1 to 3 minute delay before a location is found or the siren is played. 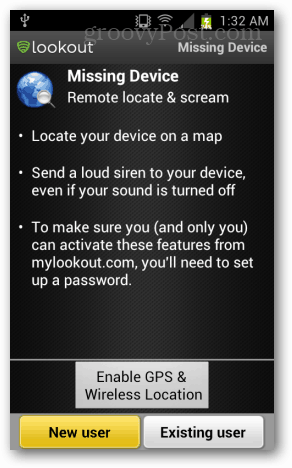 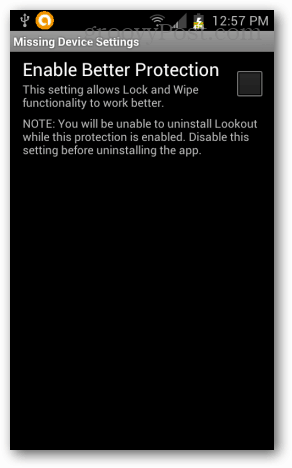 Note that Lookout requires your device have GPS and Google’s Wireless Networks Location enabled in order to find your device. The premium version also offers a remote Lock and Wipe functionality, although if you have a screenlock password on your phone already the remote lock isn’t needed. 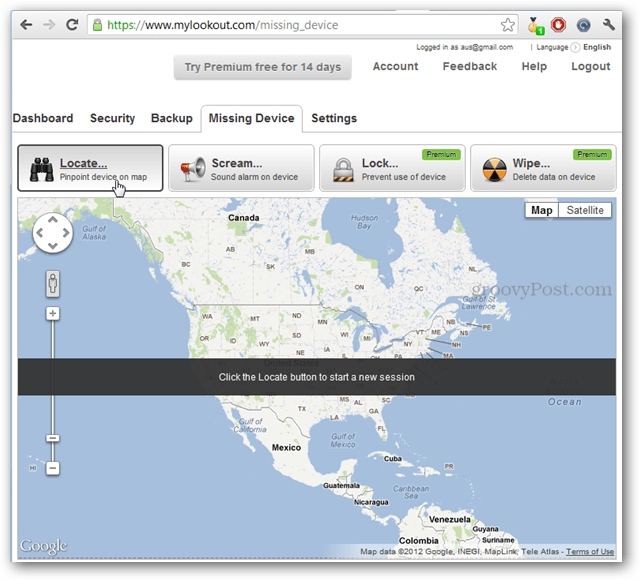 The interface of the Lookout app is a little annoying. But, considering the iOS-like Find My Phone feature that is offered completely free – I can’t really complain about a few “upgrade to premium” endorsements. At least the app doesn’t have any ads attached to it. To access advanced settings you have to push the menu button on your phone, and from there you’ll see a few more reminders about certain features only being available to premium subscribers. 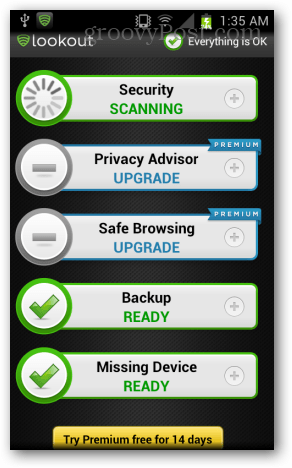 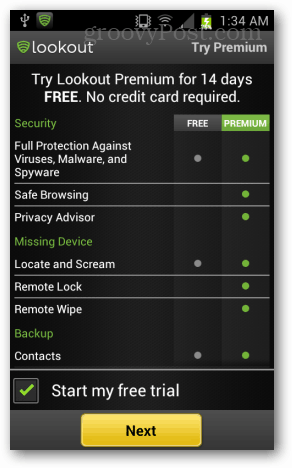 As far as Lookout’s online backup and anti-malware security features go, I wouldn’t recommend them. Overall I was only impressed with one part of the app, the Find My Phone feature. For being a free app, it does that job particularly well, just don’t forget to turn your GPS signal on before you leave your home.