Recording audio on your Android phone is easy with the Google Recorder app. Here’s a quick look at its availability and features.

Google Recorder is an Android app that records audio and transcribes everything into notes. And it does it quite accurately. Plus, it’s easy to use, provided you have a Google Pixel device to run it on.

Google Recorder is available to install from the Google Play Store if you have an eligible Pixel device. And it’s a useful app to have on your phone.

The app was initially only available for users of Google’s Pixel 4 devices. After a little while, users of Pixel 2 and newer could start using it. There is no word yet on when other devices will get it, or if they ever will.

The functionality of Google Recorder

The function that Google Recorder performs is a pretty simple one, as its name says it. It records audio. But where it shines is in its extra abilities. You can do some cool things with the audio you record — even in real-time. And managing your recordings afterward is also a straightforward process.

The app’s main screen has a list of your recordings, a search bar, and a big Record button. 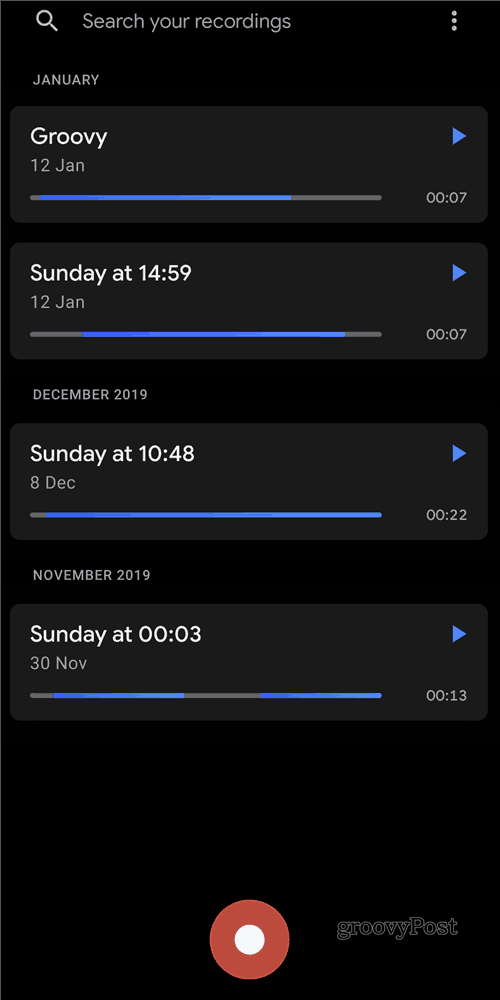 Once you tap the button, the app will start recording. It will also display a spectrogram showing audio levels while doing so. 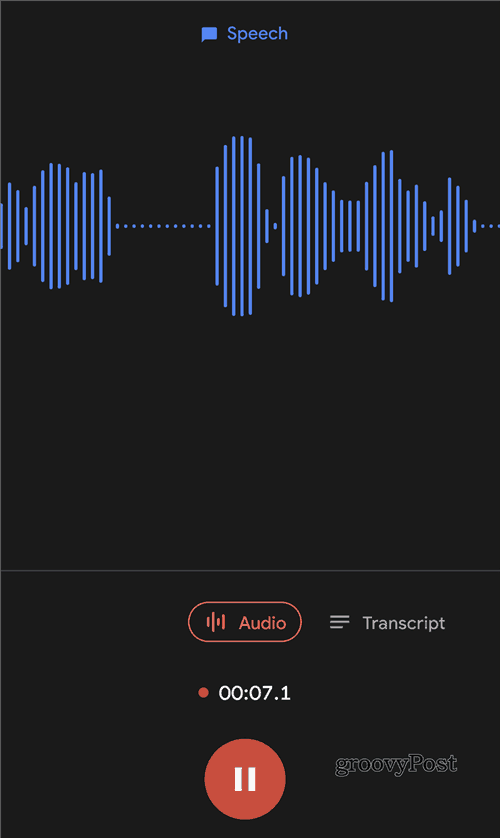 Tap the Transcript button and you can watch Recorder work its magic. The app is transcribing what it’s hearing in real-time, without requiring an internet connection. The precision is spectacular and it’s worth looking at the transcription as-it-happens. Perhaps if the person speaking has a strong accent. If there’s something Recorder has not understood, you’ll be able to identify that.

The only supported language is English at the moment. But more languages are expected to be added in the future. It would be nice to see an integration with Google Translate when that happens. 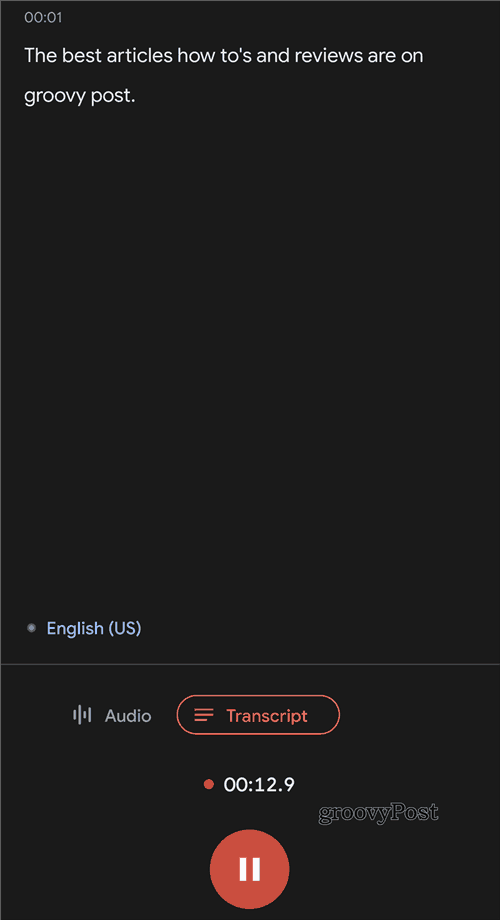 While you can pause the recording, there is also a number of useful things you can do once you’re done. First of all, you will want to rename the recording to something you can recognize. And you can also set the app to add location information for the recording. That’s helpful when you’re looking for a recording from a specific meeting or event.

Another excellent feature is the app’s search feature to find something said in a specific recording. This can save you a lot of time if you take several recordings at meetings, for example. 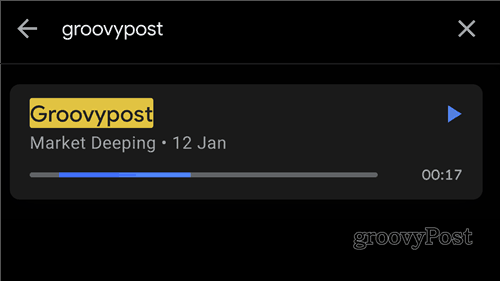 Google Recorder is incredibly precise at what it does. Also, the fact that it runs completely on the device, without requiring an internet connection, makes it even handier. For students, journalists attending press events, or people who are in constant meetings, it should be fantastic. Hopefully, users of other device brands get a hold of it in the future, as well.