Is the Apple AirTag worth the price of admission? In most cases, yes, but be prepared also to buy a key ring or loop to maximize your purchase.

Make no mistake, Apple’s recently released AirTag trackers serve a useful purpose, and no doubt will be embraced by Apple fans everywhere. And yet, whether they are right for you will depend on several factors, starting with the price of admission. Here’s the good, bad, and ugly about the iPhone maker’s newest accessory.

What is an AirTag?

Traditionally, Apple is very good at keeping secrets when it comes to new products. In the case of its AirTag tracker, the secret was never whether they’d arrive, but rather, when.  Rumors about Apple entering the item tracking business go back many years, as did the likelihood the new products would receive the AirTag name. And yet, each new Apple event came and went, and the trackers were nowhere to be seen. That changed in April 2021 when the tiny devices were officially announced alongside next-generation iPad Pro tablets and all-new 24-inch iMac.

Priced at $29 each, or a package of four for $99, the AirTag trackers measure 0.31 inches in height and 1.26-inches in diameter. The first thing you may notice about each tracker is the heft. It’s not that the puck-shaped trackers are heavy because they are not, with each weighing just 0.39 ounces. Rather, they feel much stronger and durable than the industry-leading trackers from Tile. Whether this sturdiness holds up after months of regular use is unknown, of course. However, because replaceable batteries power the trackers, it appears Apple wants these to last at least a few years. Regular product updates, however, will almost certainly make these first-generation trackers look dated sooner than later. For now, however, it’s all we’ve got, good and bad. 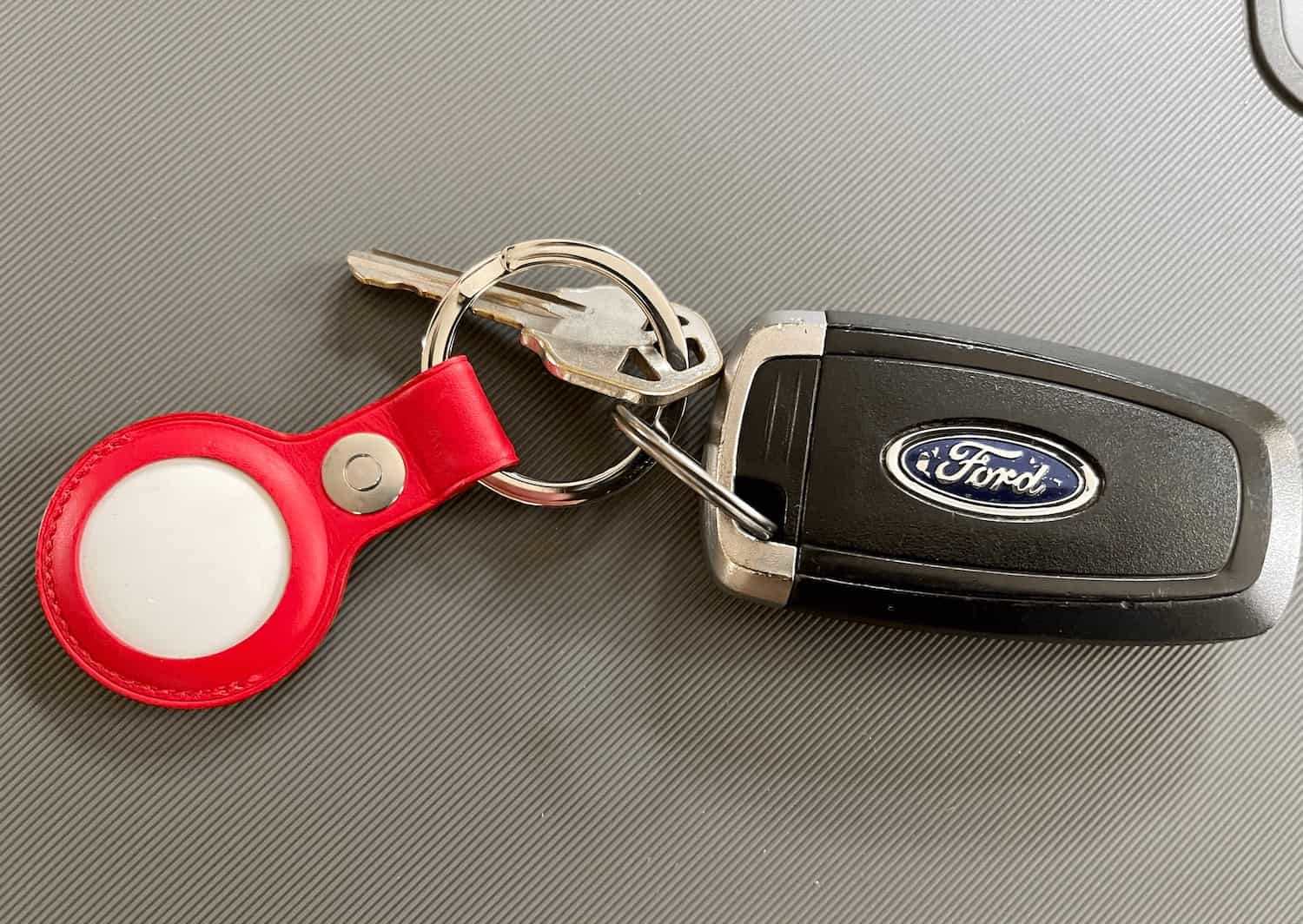 Item tracking devices have a simple goal: to help users find missing keys, purses, and other gadgets we can’t live without. Everything else is ultimately window-dressing, although it’s with the fundamentals where the AirTag shines. Each tracker sends out a Bluetooth signal, allowing it to connect to other devices nearby on Apple’s Find My network. Location information from each tracker gets sent to iCloud, which results in you finding your items through the Find My app on Mac, iPhone, and iPad.

All this happens behind the scenes anonymously, so only you have access to your device’s location even though another person’s AirTag likely pulled an assist. Apple says the process includes encryption to protect everyone’s privacy. However, the AirTag is like every other electronic device on the planet and open to occasional hacking no matter the safeguards (and already has).

As more AirTag units go online, the time it takes to find missing items will probably shorten. Even now, however, I found the process quick and satisfying. An AirTag is trackable within 800 feet.

Apple also deserves kudos for just how easy it is to set up a new AirTag. Like AirPods before it, an AirTag automatically connects to your iPhone went it gets close for the first time. Once you give the go-ahead, the connection between the two devices happens within seconds.

What about the Find My app? Again, ease of use is key. To find an item, you click on it under the Item tab in the app. From there, Apple works its magic to locate your item. It works the same as finding a family member or Apple device previously with the Find My app. 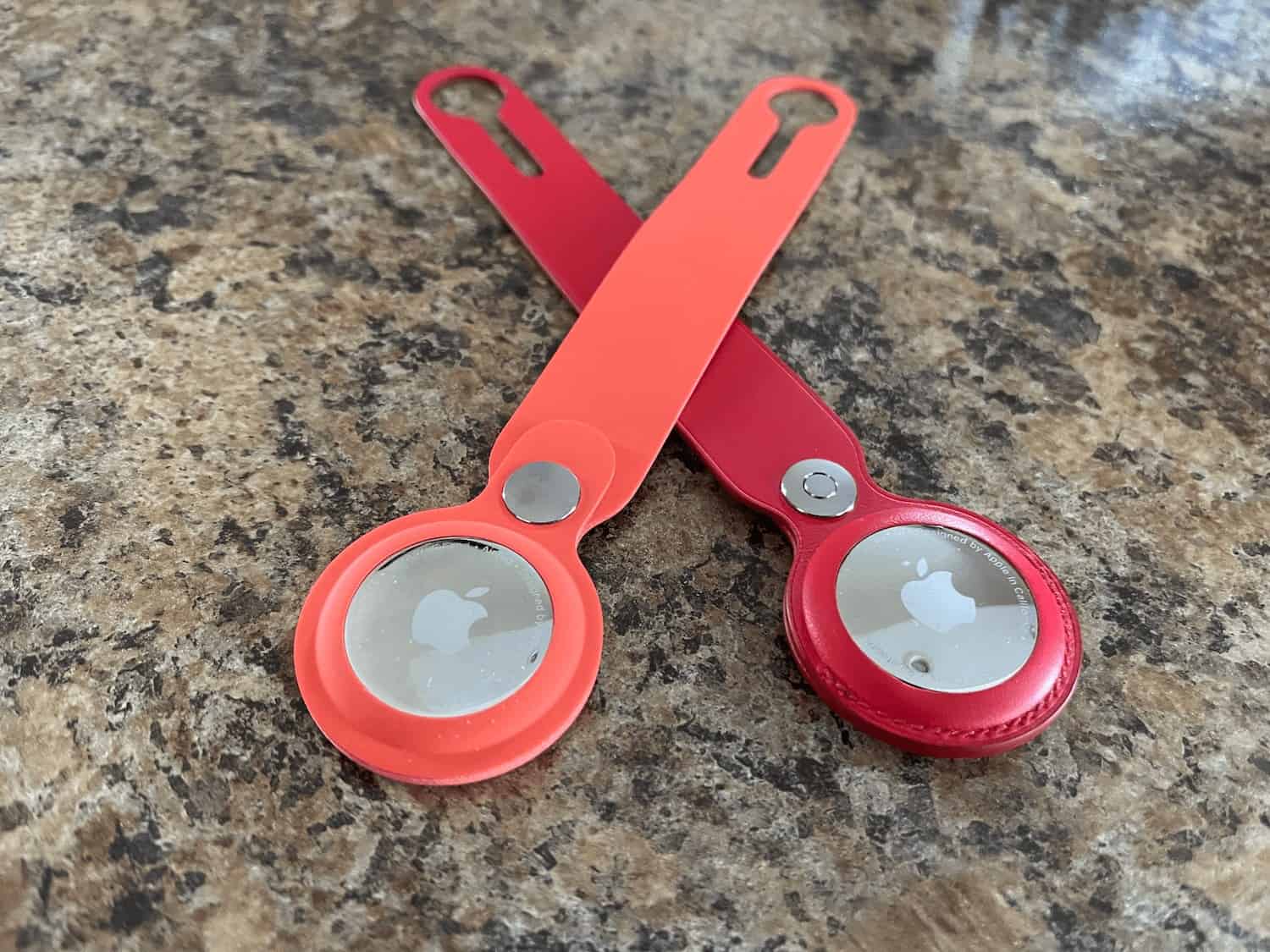 The most frustrating aspect of AirTag trackers in their current form is the limiting design. Sure, these things work just fine thrown into a bag or purse. And yet, most users will need them physically connected to the item they wish to track. For this, the iPhone maker is offering an already full lineup of AirTag accessories, including leather rings and loops. There’s even an obscene Hermès lineup of accessories that push the price for one AirTag to $449.

Though there are also less expensive third-party key rings entering the market, the fact remains relying on AirTag trackers to keep track of your most important items can become expensive very quickly. Is the service an AirTag provides worth it when, for example, it helps to find your car keys in the middle of nowhere or a school bag that’s packed with your MacBook Air and iPad? Of course, it is. And yet, it’s still frustrating that each tracker essentially needs an accessory to maximize its usefulness.

Two other slight negatives also stand out. First, the first-generation AirTag isn’t waterproof, although each item does have an IP67 water and dust resistance rating. This means the tracker will survive being submerged in one meter of water for up to 30 minutes. The latest iPhones have an IP68 rating, which lets them be submerged for 30 minutes in six meters of water. Apple should have made the extra effort to offer the same rating on AirTag.

Additionally, the Find My software currently limits each AirTag to one Apple ID, making it impossible to share location information between Apple family members. No doubt, this is a software limitation that Apple will eventually correct. However, it’s another thing the company could have brought to the table on day one. After all, family members can already find each other and devices, making this seem like a step back.

As a long-time Tile user, I hoped Apple wouldn’t score with AirTag, if only because I didn’t want to replace my current trackers. Unf0rtunately for Tile, Cupertino nearly hit a homerun at its first time at-bat in the market. Despite a few first-gen flaws, the AirTag already has key advantages over Tile starting with how each tracker connects to another. Each Tile needs to connect via an installed iPhone app for tracking. By contrast, AirTag’s Find My network includes other trackers and Apple devices, like iPhone, iPad, and Mac. There’s no denying this means Apple’s network is already bigger than what Tile can provide.

There’s also the issue of Precision Finding, a unique feature that uses an Apple U1 chip that’s inside every AirTag. With Precision Finding, the tracker works with your iPhone’s accelerometer and gyroscope to show you both the distance and direction to your missing item. The tool is compatible with the iPhone 11 and iPhone 12 series, and it’s something Tile cannot offer, if only because Apple controls both hardware and software.

Apple AirTag is nearly perfect even as a first-generation accessory. It serves a useful purpose and should lower stress levels for anyone who makes it a habit of losing keys and other small items. Hopefully, future AirTag models will come in different sizes and not necessarily require extra accessories to get the job done. For now, try at least one AirTag and see if it’s right for you. Happy tracking!