When installing a new rom or setting your Android smartphone to factory defaults, you lose all of your apps and data. Aside from Titanium Backup, there isn’t a good way around this – but there’s a way to make it easier using AppBak. 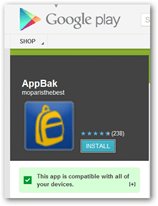 When installing a new rom or factory resetting your Android smartphone, you also lose all of your apps and data. Aside from Titanium Backup, there isn’t a good way around this –but there is a way to make it easier. AppBak is a simple free app that creates a backup list of every app you have installed. Once you reset your phone, you can pull up the AppBak backup file to restore apps that were lost.

What I like about AppBak is that it’s so simple to use, anyone can figure it out. And you can’t mess up your smartphone by using it.

The main menu of the interface features two buttons and that’s it. Backups are created by naming them and pushing Ok. When a backup is created, it’s stored to the SD card. During factory resets and rom installations, the SD is relatively untouched. Your backups and photos are safe there. Just make sure to create a new backup before resetting your phone — AppBak doesn’t automatically check for changes. 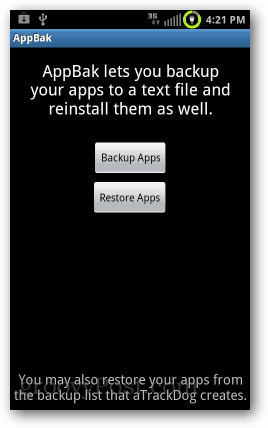 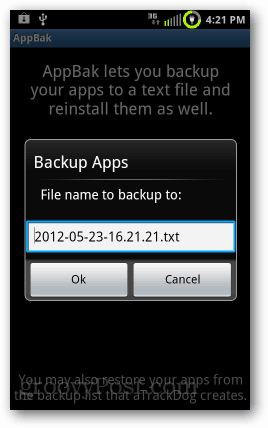 After resetting your smartphone, install AppBak again from the Google Play market. Your backup file will show up when you click Restore apps.

The opened backup file displays a list of all apps you previously had installed. Some of these will be system apps, so ignore those. Otherwise, the apps listed will be those from the Google Play market and you can reinstall them quickly. As you install apps, AppBak detects this and removes already installed apps from the list. 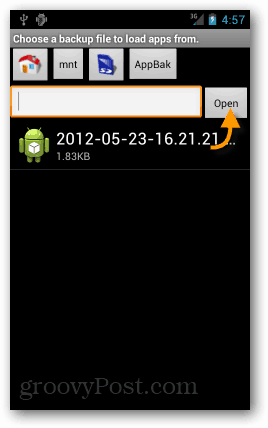 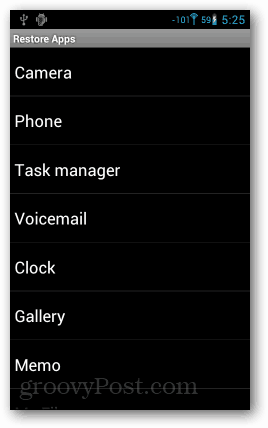 My only complaint with the app is that it updates each app one at a time. There isn’t a bulk download setting, but then again, for a free and ad-free app, it’s not a deal breaker. And, you can quickly get back to the list by using the physical Back button on your phone. 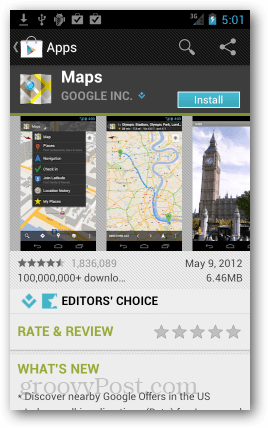 Overall it’s a great simple app to keep track of what you’ve installed when switching between Android smartphones or resetting them.