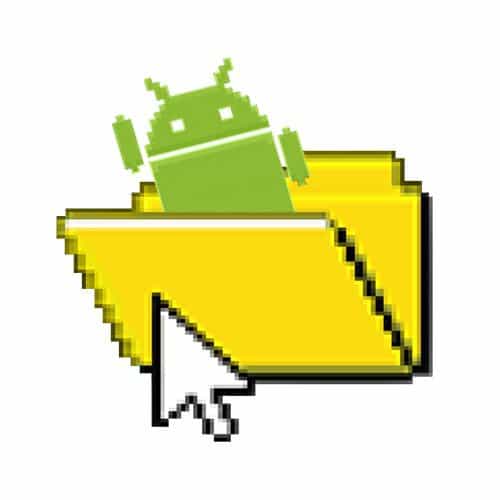 Android’s major advantage over iOS and Windows Phone is the open file system. To use it to it’s full potential, however, you should try one of these apps.

Android has a major benefit over iOS and Windows Phone because of its open OS, and allows users to access the phone as a mass storage device. This makes transferring files a lot easier, and rooted users even get access to core system files. But it wouldn’t be much of a benefit to have access to mass storage if you didn’t have the right apps to fully take advantage of this feature. Here’s a list of our favorite Android file managers.

OI File Manager is a neat app you’re probably familiar with if you’ve used any CyanogenMod 2.3.7 ROM. It came preinstalled with most ROMs and even became known as the “stock file manager” among the modding and rooting community. What’s great about this file manager is the simplicity. No, unlike other file managers you won’t find sophisticated features, one-click sharing and other goodies, but sometimes copy-paste is all you need. With a small size (under 1MB) and lightweight design this app runs smoothly on any android device and guarantees stability and compatibility.

Here’s a file manager you shouldn’t miss out on. X-Plore features a great dual-directory UI, allowing you to copy and paste items between two folders simply by swiping left and right. Other goodies include Wi-Fi, SSH and FTP file transfer, as well as root access via Superuser. But what I mostly like about X-Plore are the built-in viewers for text, video and pictures. Instead of being asked which app you want to use when browsing various media files, X-Plore can utilize its built-in media apps to speed up and simplify your browsing. Oh, and did I mention you have the option of using a dark UI skin, too?

For me, this is one of the best file managers out there, even up to this day. Dual FM XT implements – you guessed it – a dual directory UI, rather similar to the one in X-Plore. And while its rather ugly interface still bugs me, the real winner here is the ability to create and unzip password protected ZIP files with different types of encryption. You’ll be surprised at the lack of apps that support this feature – Dual FM XT is one of the few apps on Google Play that has this capability which is often overlooked. The sheer ability to be able to zip up hundreds images and upload them to Dropbox as a single file is a huge bonus for me. The app is completely free, but if you want to get rid of the annoying ads at the bottom, you’ll have to pay $2 for it.
Another thing that is worth mentioning here is how old this app is. I first discovered about 3 years ago on one of my first HTC Android device. It’s amazing to think that an app as old as this has aged so well and continues getting positive reviews, but it’s also rather disappointing that there are barely any new “modern UI” apps that work so well with password protected ZIP files.

Astro is yet another file manager that aims to replace all your individual cloud apps by giving you access to them from one place. The modern slide-from-the-screen-edge UI is really enjoyable and the added bonus of tweaking the appearance with quite a few useful options is definitely a plus. Perhaps my favorite feature about this manager is the filtering – if you’re looking for files of a specific type or format, the Filter option is always waiting at the top left of the screen. As a whole, Astro is actually a really good browser, which unfortunately will display some rather annoying ads at the bottom of the screen, unless you pay them $3.99 for the Pro version.

You’ve probably already seen our article on using multiple Dropbox accounts with ES File Explorer on Android. But ES can do even more. With a ton of useful tools like a built-in app manager and SD Card Analyst. There are also features we’re not quite sure about using, like gestures and an android start up manager. Like Dual File Manager XT, it can also create and unzip password protected archives, although it tends to crash when unzipping larger files (at least for me). If you can overlook that then it’s safe to say that you’ll find everything else about ES to be on par with your expectations. Cloud Sync speeds are a couple of hundred KB faster than other apps, and the root explorer doesn’t suffer from the SuperUser access issues that other apps get from time to time.

These are only five of the hundreds of managers available out there. While we think they are the best, everyone has different needs, so don’t hesitate to look outside of these five options as well. What’s your current android file manager and how often do you use it? Start the conversation down in the comments.