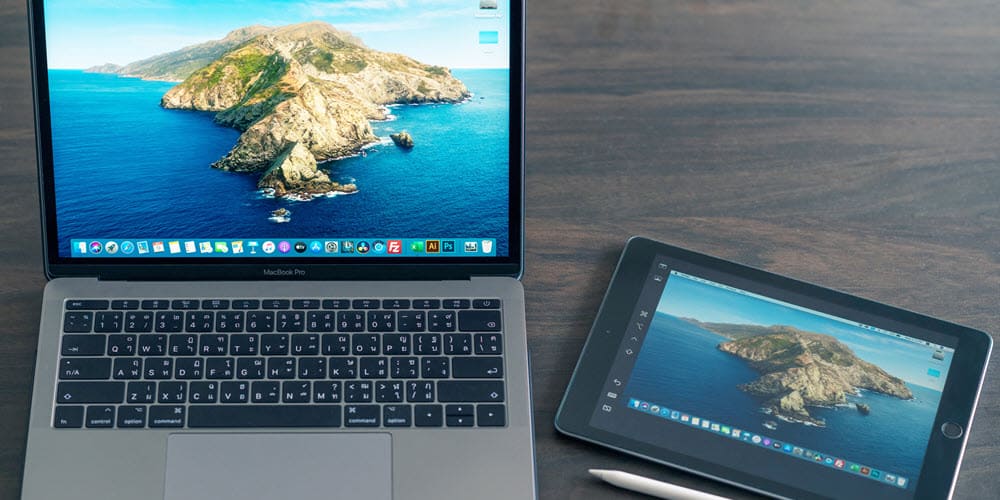 When you’re thinking of extending your Mac (or PC) display to an iPad, you have a few choices in products. Let’s review Air Display and Duet Display and pick a winner.

Extra monitors take up valuable desk space but can be extremely useful in getting more work done. With this in mind, I’ve got some good news. That spare iPad sitting next to your computer can be leveraged for just this purpose!

Extending your Mac’s (or PC’s) display to an iPad isn’t new. Programs like Air Display used to do it via Wi-Fi however I’ve found it drains the battery quickly and the performance is slow. Today however,  Air Display version 3 and a newcomer, Duet Display, let you use your iPad as a second monitor through your 30-pin or Lightning cable. 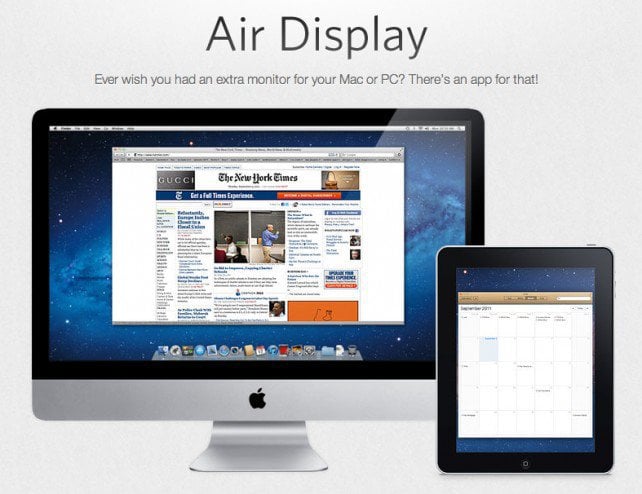 Let’s take a closer look at the details and compare the two products — “Air Display Vs. Duet Display“.

Why Extend Your Display to Your iPad Anyway?

Who doesn’t like multiple monitors? Multiple screens allow you to segment your work and see more at a time. For a desktop iMac with a 27” screen, it’s probably not too important. However, if you’re on a smaller Macbook or Air, that extra real estate will make a huge difference in productivity as you don’t need to flip between open windows constantly.

Extend your Display to your iPad Showdown – Air Display Vs. Duet Display

Both programs presented the graphics with almost no lag time when connected directly to my Mac with a charging cable. I didn’t test these programs on a Retina-based Mac however, given the performance I experienced, I would expect both to perform well. 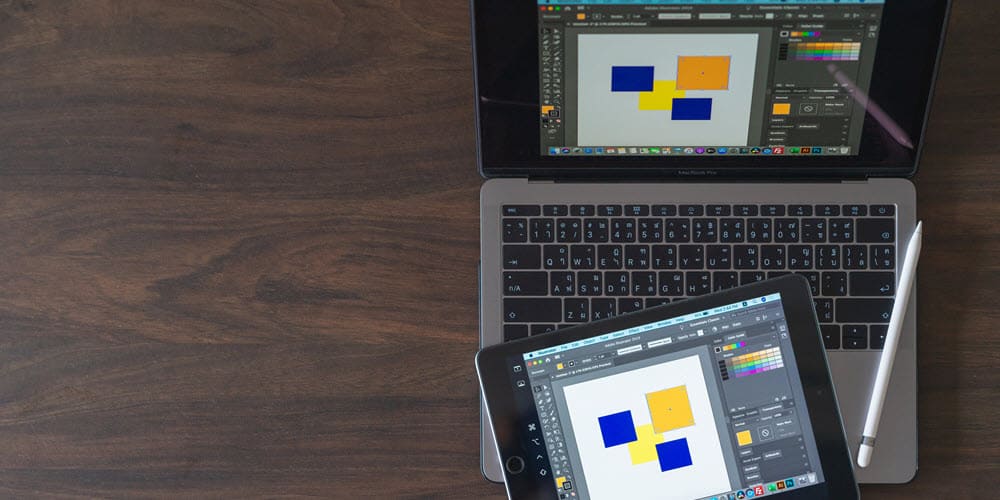 Duet supports only one iOS device. Air Display supports up to four. I tried two iPads, and while it was slower, it worked fine. Air Display 3 also works over Wi-Fi. Although Wi-Fi is slower than cable, the flexibility is nice for those times when you don’t have a cable or connecting one would be impractical. One item to note, the Windows version of Duet display currently only supports 1024 x 768 displays regardless of your iPad capabilities (sorry, Retina display iPads…).

Both Air Display and Duet Display require iOS 7 or later however, Duet requires Mac OS X 10.9, whereas Air Display can run on 10.9 or later. So if you’re stuck on 10.8 for compatibility reasons, Air Display will be the only choice at this time.

So although Air Display is a bit behind on the Windows side, I still give it a leg up over Duet Display from a compatibility and flexibility standpoint. This will especially be true once Windows gets a little love with Air Display V3.

While I like Duet and admire its engineering, between the two products, my recommendation for extending your Windows / Mac displays to your iPad is Air Display. I loved the simplicity, feature set, and price.