Microsoft today started to roll out Windows 10 Mobile Preview Build 10586.107 to Insiders in the Fast ring. It also introduces a new third ring for Windows Insiders.

Gabe Aul made the announcement on Twitter earlier this afternoon:

Windows Mobile build 10586.107 is now available for #WindowsInsiders in the Fast ring: https://t.co/DBjdrGTKBm 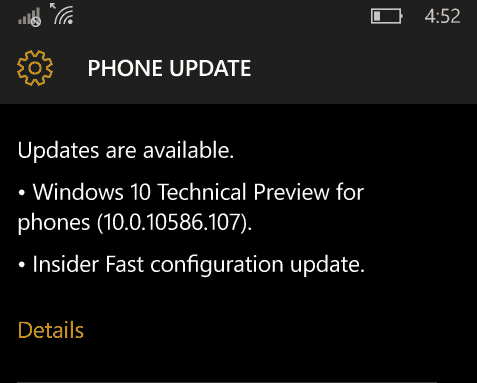 There is also an official Microsoft post by Gabe (that also appears in the Windows 10 Insider Hub app) that describes what’s new in this build: 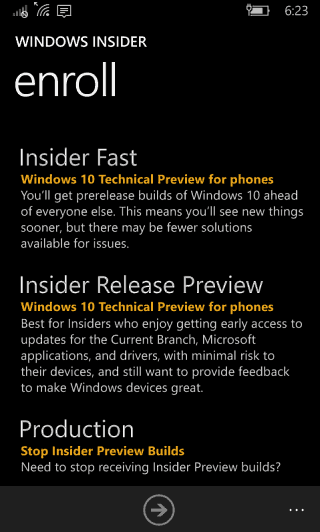 Here’s what you can look for in the new ring according to Microsoft:

After you get the update on your phone and have tried out the new Release Preview ring, leave a comment below and let us know how things are working.