Slack beta for Windows 10 received an update that brings it to version 2.1.0. While there are several bug fixes and some new improvements, the more notable improvements are enhanced notifications for Windows 10 users and resuming from sleep faster. 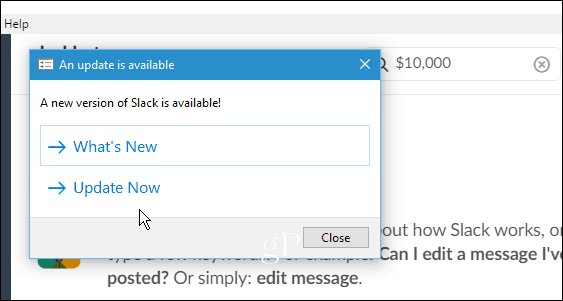 
If you’re running the Slack beta on Windows 10, let us know how things are working in the comments below.