Microsoft this week is releasing Windows 10 Insider preview build 19592 to Insiders in the Fast ring. Here’s a look at what you can expect.

Microsoft this week released Windows 10 preview build 19592 to Insiders in the Fast ring. This release follows build 19587 released last week. Similar to other builds of late there are few new front-facing features. But this build does include tablet improvements for convertible PCs as well as other overall system improvements. Here’s what you can expect.

Microsoft is beginning to roll out the new tablet experience for 2-in-1 convertible PCs. This is a separate experience from Tablet Mode. The taskbar icons are spaced out, the search box on the taskbar is collapsed to icon-only mode, and the touch keyboard auto invokes when you tap the text field. 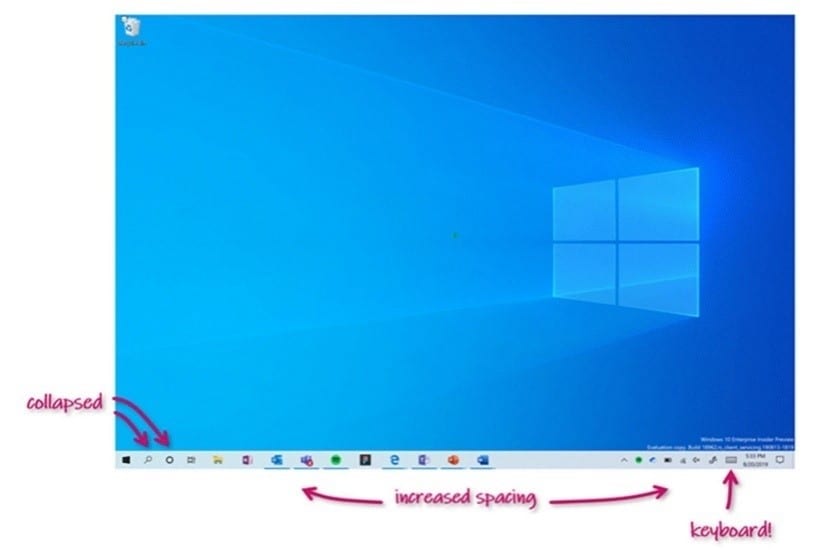 Here is the list of general changes and improvements:

The Windows Search Platform (Indexer) has been updated with improved logic to help find better times to perform indexing of your files and avoiding heavily indexing while you are using your machine. An improvement was also made to significantly limit the amount of times the service indexes your files for content that doesn’t have an impact on search experiences, and gives you a better experience on Windows.

And here is the list of fixes in this week’s build:

It’s important to keep in mind that Insider builds are meant for IT coders, IT admins and Windows enthusiasts who want to test out new features and submit feedback to Microsoft.

These builds are not meant for inexperienced users. And not meant to be installed on your primary production system. Insider builds (and this one in particular) contain many stability issues.