Microsoft has released Windows 10 preview build 18309 to Insiders in the Fast ring and includes a new push toward a password-less login experience.

Microsoft today released Windows 10 preview build 18309 to Insiders in the Fast ring. This is the first new preview build for 2019 and is the follow-up to last month’s build 18305. In addition to some under the hood changes and improvements, Microsoft is pushing for a password-less sign-on experience for all Windows 10 versions starting with this build. 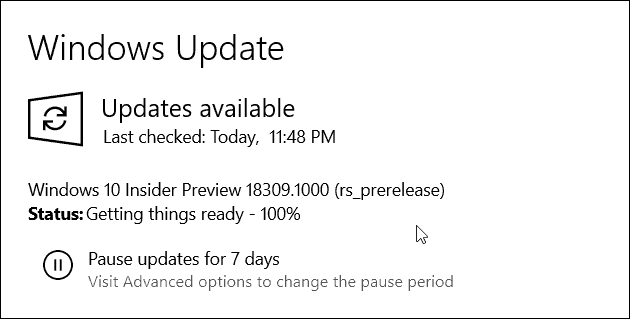 This big story from today’s build is the company is pushing to eliminate passwords during the sign-in experience all while keeping your accounts safe. The company introduced the ability to sign in with a phone number account and not having to create yet another password. You can associate your iOS or Android phone number with your Microsoft account, you can use an SMS code to sign in. After that, you can use Windows Hello Face ID, fingerprint, or a PIN (deepening on the device’s capabilities).

Here the list of other changes and improvements to expect in today’s build:

Of course, as is the case with all early Insider preview builds, this one includes a healthy list of known issues for both users and developers. Make sure to read Microsoft’s full announcement for all changes, known issues, and workarounds.