Microsoft today is releasing new cumulative updates that fix a plethora of issues for Windows 10 versions 1903 and 1909.

Microsoft today is releasing a new cumulative update for Windows versions 1903 and 1909. The new optional updates address a myriad of issues. As is usually the case for cumulative updates, there are no new front-facing features. But it does contain a large number of system fixes and improvements. Here’s a look at what you can expect. 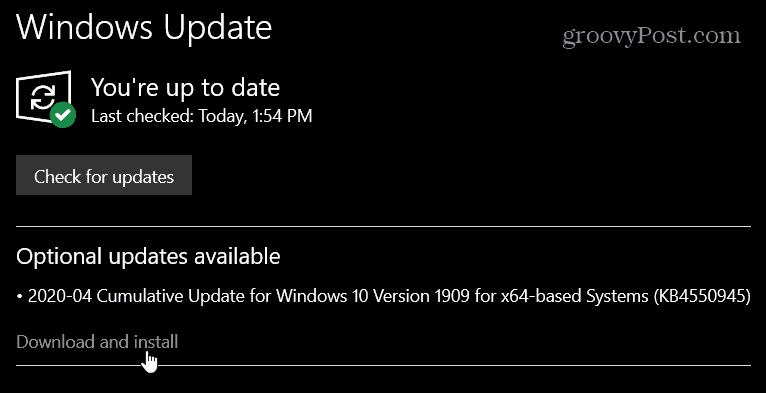 You can manually check by heading to Settings > Update & security > Windows Update. For full details and any known issues and workarounds make sure to read the full release notes.

If you do experience a problem not addressed by the documentation, remember you can roll the update back. For more read our article on how to uninstall Windows 10 cumulative updates.