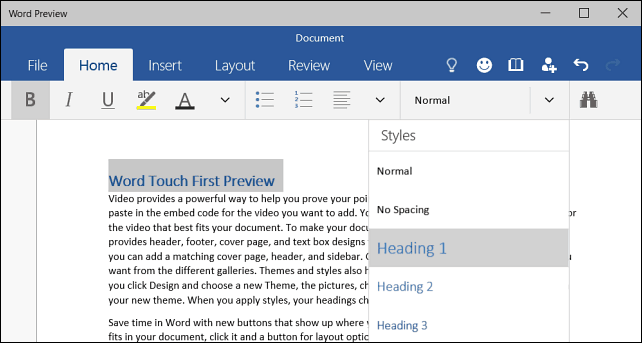 Today Microsoft announced the availability of the new touch-first versions of Word, Excel, and PowerPoint for Windows 10 Technical Preview users.

Today Microsoft announced the availability of the new touch-first versions of Word, Excel, and PowerPoint for Windows 10 Technical Preview users. These new versions will work across all types of devices and screen sizes on all devices running Windows 10.

These are preview versions of the new-style of Office apps and are available for Windows 10 Technical Preview build 9926 which includes the new Windows Store beta. The easiest way I was able to find them was search for “office preview” rather than each app by name. 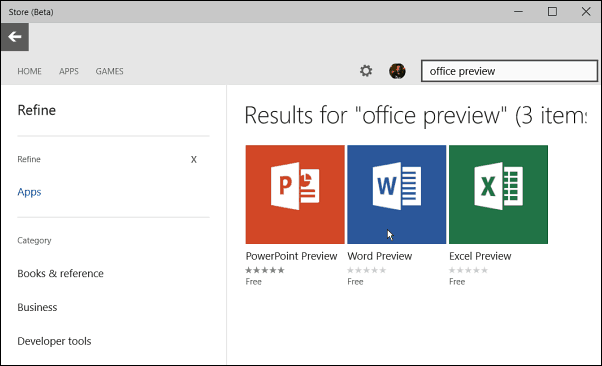 There was an issue earlier today though, it seems people were finding it difficult to actually download the apps. Microsoft acknowledged the problem and says it’s working on a fix at 10:30 this morning.

I was finally able to download them this evening. They wouldn’t download until selecting them from the new store, and then rebooting my computer though. 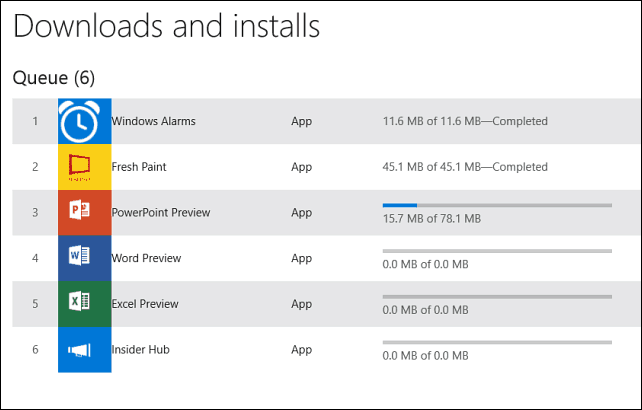 I am going to start testing these on a Lenovo Flex 2 15 which is a convertible laptop with touch ability. One thing you’ll notice about these apps right off the bat, is on the Ribbon. The targets for the commands and features are well spaced, and much easier to access with a finger.

We reported last week of a video from Microsoft showing off the new touch-first Office apps. And below you can see the new Word and PowerPoint in action at the event Microsoft held last month.

We’ll start testing these preview versions out on different system types and have more for you later.

If you’ve been using the new preview apps, leave us a comment and tell us what you think about them. Or better yet, join the conversation about this and the continuing development of the new OS in our Windows 10 Forums.