Microsoft today announced the new Surface Laptop Go which starts at $549 and is meant to compete with Chromebooks.

The Surface Laptop Go features a 12.4-inch PixelSense touchscreen display, a large precision trackpad, and a full-size keyboard. It has a Fingerprint Power Button for One Touch sign-in through Windows Hello. It’s powered by Intel’s 10th Gen i5 Quad-Core processor with up to 16GB of RAM and 256GB of storage. It also has a built-in 720p HD camera and Studio Mics, Omnisonic Speakers, and Dolby Audio. It also features both USB A and USB C ports, an audio jack, and a Surface connector. It is the lightest Surface laptop ever at just 2.45 pounds. 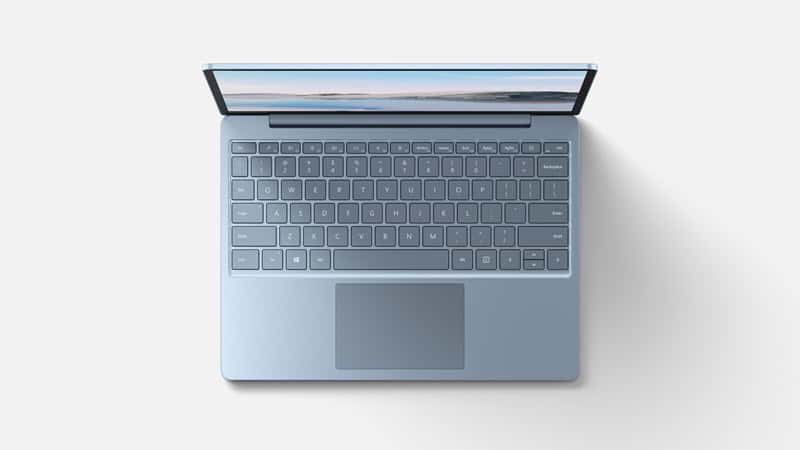 At the $549 price point the core Surface Laptop Go comes with an i5 10th Gen Intel processor, 4GB of RAM, and 64GB eMMC storage It promises up to 13 hours of battery power with regular use and fast charging that can power up the laptop from zero to 80% in just over an hour. Those are comparable specs to the Pixdelbook Go from Google which costs $100 more and includes an m3 processor, 8GB RAM, 64GB SSD, and up to 12 hours of battery in the base model.

It comes in three different finishes including Ice Blue, Sandstone, and Platinum.

These are the Surface Laptop Go Basic Features: