Late Apple CEO Steve Jobs announced iTunes Match for iOS 5 back in June at the Apple Worldwide Developers Conference.  It’s not officially running now, but here’s how you can check it out in the meantime.

First, open Settings on your iPhone, iPad, or iPod touch. Then navigate to General >> Music. You’ll see the iTunes Match control at top. 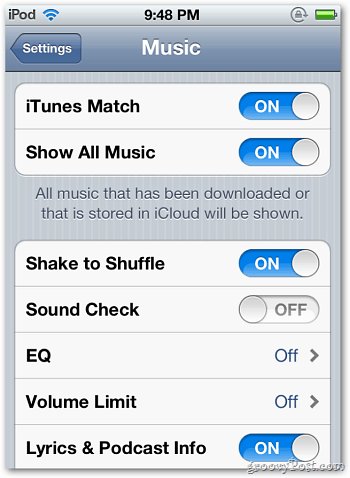 Turn it on. You’ll see the following message. 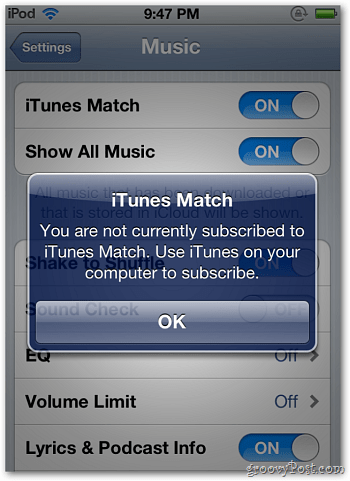 Go into iTunes, though, and you’ll only see the service is “coming soon.” 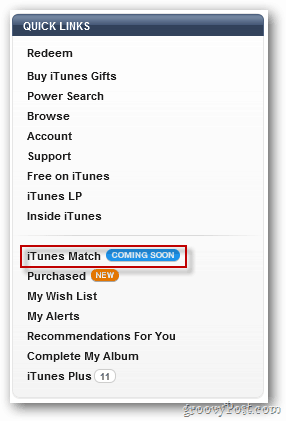 According to Apple’s Jobs at the WWDC, the service costs $24.99 a year. It will scan your iTunes music library — and match all your songs, even songs you didn’t get through iTunes, with the 20 million plus songs in the iTunes Music Store.