A lot has happened for the tech world in the last week, especially at Apple.  Steve Jobs has served as the CEO of Apple since 1997, but now after years of service he’s handing over the reigns to someone else.  But, despite Jobs’ announcement, Apple isn’t slowing down one bit.

On Wednesday Steve Jobs sent out this resignation later, stepping down to a board position:

To the Apple Board of Directors and the Apple Community:

I have always said if there ever came a day when I could no longer meet my duties and expectations as Apple’s C.E.O., I would be the first to let you know. Unfortunately, that day has come.

I hereby resign as C.E.O. of Apple. I would like to serve, if the Board sees fit, as Chairman of the Board, director and Apple employee.

As far as my successor goes, I strongly recommend that we execute our succession plan and name Tim Cook as C.E.O. of Apple.

I believe Apple’s brightest and most innovative days are ahead of it. And I look forward to watching and contributing to its success in a new role.

I have made some of the best friends of my life at Apple, and I thank you all for the many years of being able to work alongside you.

Apple went through with the plan and made Tim Cook the new CEO.  Upon taking the job Cook was awarded with 1 million bonus shares.  Total worth?  $383,000,000 at current prices.  However, he won’t be able to cash out on any of it until August 2016; then 50% of it becomes vested, and the other half in 2021.  So, if Cook wants to cash in on the superfluous bonus shares he’s going to have to keep Apple afloat for the next 10 years, a feat that may be more difficult than it sounds now that the legendary Jobs is no longer behind the wheel.

The new question on everyone’s minds is how much will Cook be paid for his new position as CEO.  Last year Cook met with a salary of $800,000, a $5 million bonus, and stock options totaling out his income to $52 million.  In comparison, former CEO Steve Jobs took home a salary of $1. 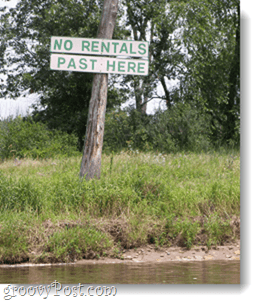 If you get your fix of television via the Apple iTunes store, you’ll notice that the rental button is no longer available.  Despite a year of of nagging networks and studios to make rentals available –and lower prices- Apple just isn’t having the success necessary to keep the rental program afloat.  In a statement by Tom Neumayer, Apple said the root issue was that ““iTunes customers have shown they overwhelmingly prefer buying TV shows.”  Keep in mind that movies will still have rental status available, this change only applies to television series.

When Nicholas Allegra first started jailbreaking iPhones, he surely didn’t have his sights set on working for the company.  Now, several year later his alias, Comex, on jailbreakme.com and Twitter has risen to fame as a leader in the jailbreaking arena..  Apple, rather than persecuting hackers with a Sony-esq fiasco, has offered Comex a job;  he accepted and he starts next week, as an intern.

Meanwhile, the Patent War Rages On

Samsung and Apple have been at each other’s throats in the courtroom now for some time.  Friday, Apple won a request to an expedited trial regarding copycat claims against 3 of Samsung’s handsets – including the Galaxy Tab 10.1 .  Samsung wanted to delay and originally set the start date to March 2013, however Apple battled for a faster trial and had it bumped up to July 30, 2012.  We’ll have to wait until next summer to find out what actually happens with these cases in court, but in the meantime Apple will continue to point fingers while Samsung provides steady competition.