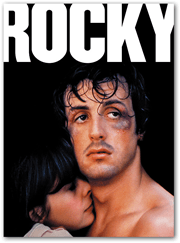 Google continued to disrupt the Online Streaming market with an announcement yesterday that it had signed with MGM Studios to begin offering its movies for rent on YouTube and Google Play in the coming weeks. Some of the MGM titles included in the deal are classics like West Side Story, Moonstruck, Rocky and the Terminator.

The MGM deal falls on the heals of the Paramount Pictures deal Google announced just few weeks back and of course the Disney, Pixar and DreamWorks deal back in November.

Seriously however, with YouTube’s 800 million users vs. Netflix’s 46 million users, there’s no doubt that YouTube is a force to be reckoned with and it will be interesting to see how the online streaming business adapts to this massive disruptor.