Facebook has a major update for users of its Android app. The new update provides faster loading times and overall speed improvements.

Facebook has a major update for users of its Android app. The press release calls it “Facebook for Android 2.0”, which implies the company sees it as a big step forward in the right direction. At a first look, it would seem so, at least in terms of speed. 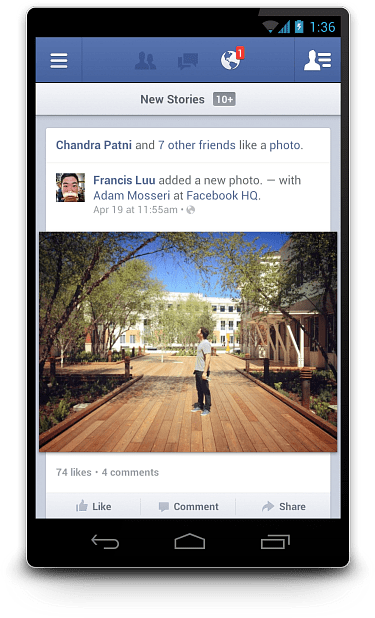 I’ve updated to it and have to admit that the app starts much faster, photos load faster (without that annoying loading delay we all had gotten so used to) and friends’ timelines open faster, too. Photos actually open the instant you tap on them, which is a major plus.

According to a post on the Facebook engineering blog, much of the speed increase is because the app is now native, and no longer using HTML 5.

I’m very pleasantly surprised with the update and I’m sure you will be, too. Get in the Google Play Store.