Facebook users found that their accounts had been temporarily suspended Sunday night. Twitter was going wild with people from around the world complaining about the problem. This demonstrates how powerful of a service Facebook is.

Facebook users around the world have been finding their accounts temporarily suspended at around 8pm Sunday PST.

Within minutes, people who were locked out of their accounts flocked to Twitter to sound off on the matter. 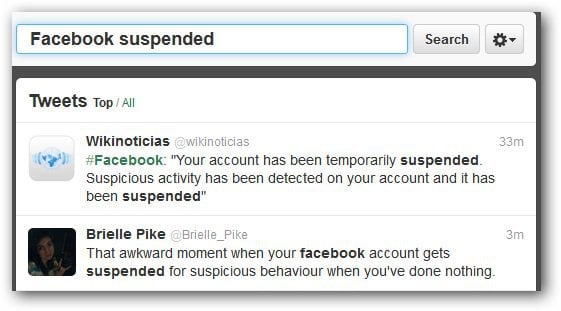 Not all accounts were affected, but there were enough to create quite a stir for its users.

According to Gina Smith at aNewDomain.net — the website downrightnow.com has confirmed the problem existed for two hours. Facebook had no comment about the problem at the time of this writing.