Rumors have been circulating that Asus is making an entrance into the Windows 8 realm. The company has unveiled some very interesting Windows 8 tablet or tablet-like products – two tablets, a tablet / laptop convertible (pictured), as well as a convertible notebook.

Asus was rumored to be seriously tapping into the Windows 8 tablet market at this year’s Computex in Taiwan, and it’s has delivered. The company has unveiled some very interesting Windows 8 tablet or tablet-like products – two tablets, a tablet / laptop convertible (pictured), as well as a convertible notebook. 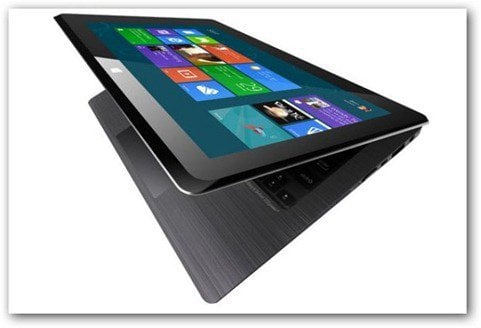 To me, the Asus Taichi (pictured above), seems the most interesting of the new products (the full press release can be read on the4cast, here). It’s a tablet/notebook hybrid, featuring two screens and a very interesting operating concept. It’s a laptop that has two displays (one on each side of the lid). The displays are either 13.3 or 11,6 inch and have an HD resolution. It’s very thin and can be used as an ultrabook on the internal display —  the specs tend in that direction…Ivy Bridge Core i7, SSD, 4 GB RAM memory. The external display can show the same content as the internal one, but it can also be set to run other applications, so that two users can do different things at the same time. Now, I’m imagining this could be useful on a train, when one users can work while the other is watching a movie, for example. I must mention that the outside display is multitouch enabled, with stylus support, so, when closed, it’s a full-on tablet. No price or availability yet, but Asus usually moves pretty fast.

In the same vein, Asus has also shown the Transformer Book (pictured below), which it calls ”the world’s first convertible notebook”. It’s not exactly a tablet, but it turns into one…

It also uses an i7 processor, SSD and HDD storage, 4 GB RAM memory and there’s actually three of them. And that’s because it’s available with 11.6, 13 and 14 inch Full HD displays. In this case, you don’t get two displays, but you get another groovy trick – the display can be taken off, becoming a tablet. It also runs Windows 8. Same as the Taichi, no price or availability yet. 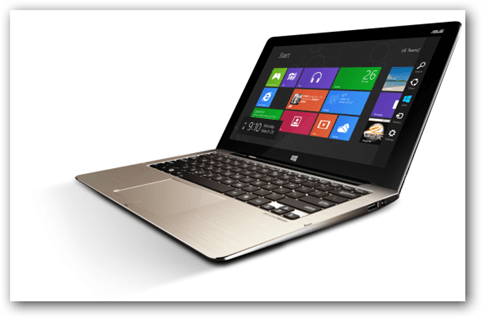 And since we were talking tablets, I should mention there’s two of them –  the Tablet 600 and Tablet 810.

Tablet 600 is a Tegra 3 (quad-core) powered tablet, running Windows RT for Windows version for ARM devices and it’s a Transformer-style device. Namely, it has a detachable keyboard. The display is a 10.1 inch Super IPS+, but no HD resolution here – 1366 x 768 is the figure. It looks very similar to the Transformer series, as you can see and it also has an 8 megapixel camera. 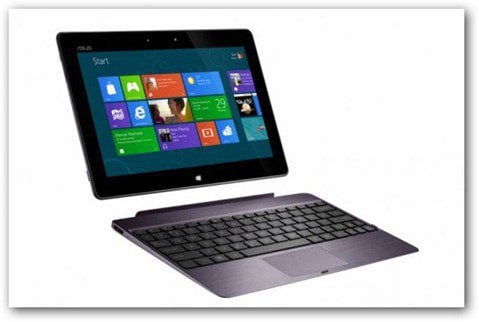 So does the Tablet 810, except it runs Windows 8 and has an Intel Atom processor and the design is a bit different, with a hidden hinge.

The panel is an 11.6 inch Super IPS+, and the tablet also includes an 8 megapixel camera, just like the 810. The other really groovy thing is that it’s very thin – just 8.7 mm. It also has a Wacom digitizer with stylus support. 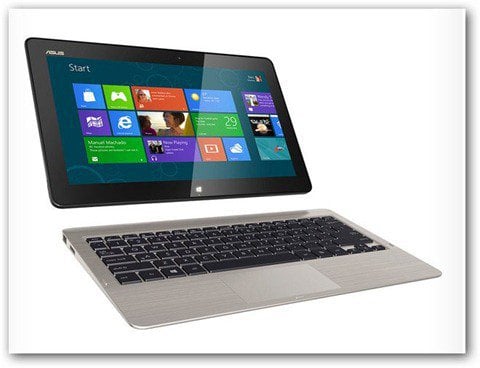 With all this in mind, I don’t think we’ll have any trouble getting a new device when Windows 8 hits the shelves. Of course, we all could run it on our current notebooks, but what would be the fun of that?