Apple held its annual iPhone event this week and announced more details on its Apple TV+ streaming service including the launch date, price, and programming lineup.

Apple is getting into the cord-cutting revolution and is launching its own streaming service with original programs. We showed you what to expect from Apple TV+ a couple of weeks ago. And now we know more. At the iPhone 11 event this week Apple told us the launch date of the service, the price, and the programming lineup. Here is a look at what you can expect as well as how to get a full year for free.

The new streaming service will officially launch on November 1st and cost just $4.99 per month and that includes the family plan.

There isn’t a whole lot of content that will be rolling out on launch day as it doesn’t have a back catalog. However, it is all original programming and that will increase over time. Most series will premiere with three episodes at a time followed by a new one each week. Apple also says it will add a new series or two about every month after the initial rollout. Here is the list of shows you can expect as well as some trailers.

Other shows include The Elephant Queen which is a documentary that explores the threat of elephant extinction. A series from the creators of Sesame Street called Helpsters that follows a team of vibrant monsters. A reinvention of Ghostwriter that follows four kids teaming up to release fictional characters from their books. And Oprah will have a series that includes conversations with Oprah and authors from her book club community.

Get Year of Apple TV+ for Free!

Now, at five bucks a month you’re only paying $60 a year for Apple TV+ but you can get a full year of it for free. Apple is offering a full year of the service with the purchase of a new iPhone, Apple TV, Mac, iPad, or iPod touch. Basically, all Apple devices sans the Apple Watch.

If you purchase a new device, you need to take advantage of the free year offer within three months after buying it.

Apple TV+ Available on the Web

The streaming service will work inside the Apple TV app on iOS, macOS, and tvOS but you won’t need an Apple device to view it. The company made its Apple Music service available on the web. And it’s allowing you to view programming on the web by heading to tv.apple.com. It will work with Safari, Chrome, and Firefox. This opens the service to more people including Chromebook and Windows users. That includes the new Microsoft Edge since it’s built on Chromium. 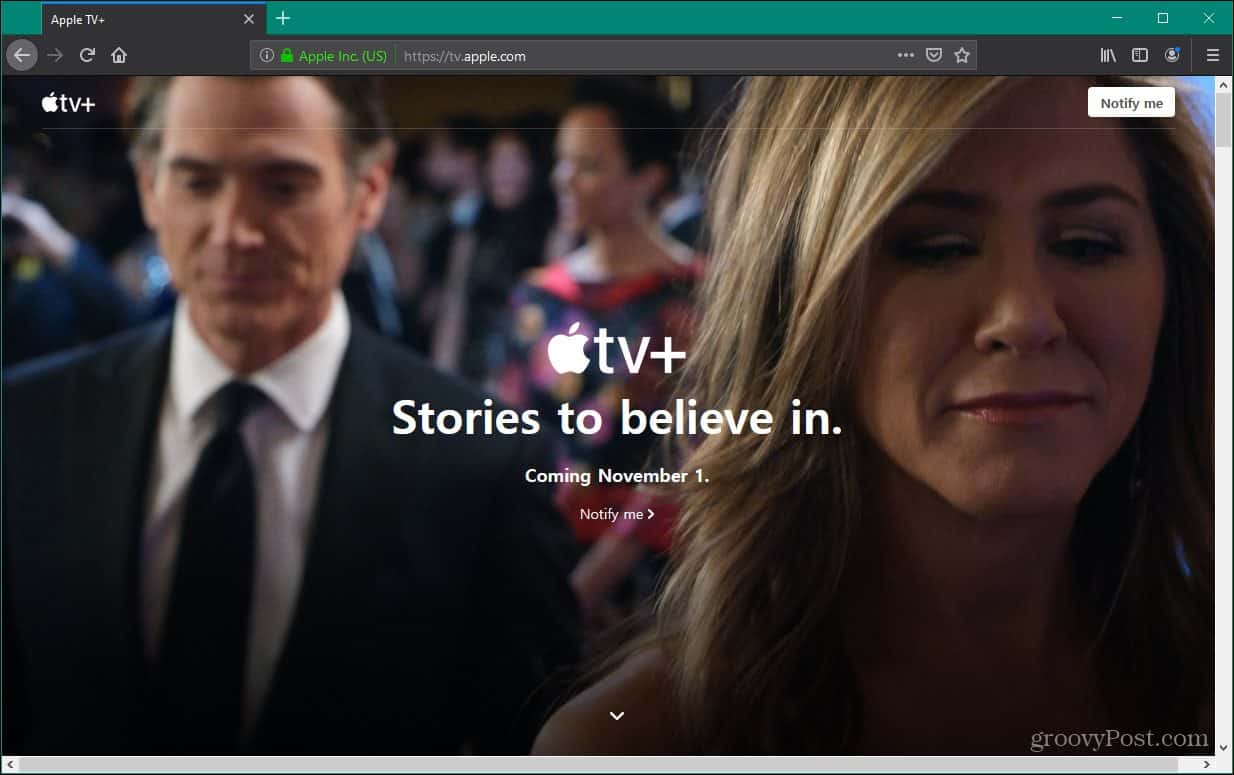 Apple TV+ will also include original feature films. Two titles that are set to be released in the coming months include Hala and The Banker.

Apple TV+ lacks a large back catalog compared to the upcoming Disney+ service. And it certainly doesn’t have the anchor hold on cord-cutters like services such as Netflix and Hulu. Still, at $4.99 a month, it might be worth checking out. Or, if you plan on buying a new Apple device soon, you’re going to get a year free anyway.