Apple today held is September event and announced a lot including new phones, an iPad Pro, Apple Watches, a new Apple TV, and a lot more. Here’s a look.

The long-anticipated Special Event from Apple is finally here. Whether you asked Siri to give you a hint or not, here’s our digest of everything new presented at today’s keynote. 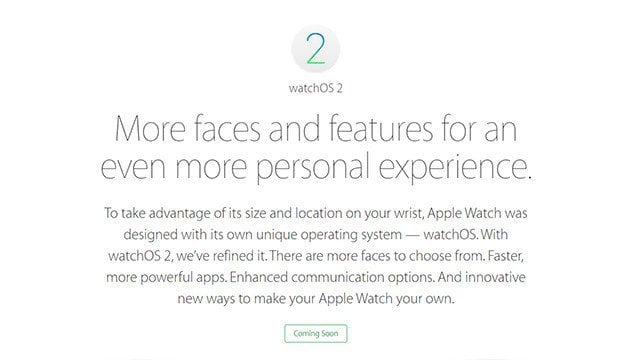 Available September 16th, Apple finally shed more light on the long-awaited update to the Apple Watch OS. A lot of new apps like Facebook Messenger, GoPro, iTranslate, AirStrip will be available. The hardware capabilities of the Apple Watch will also be extended with what Apple calls Time Travel. This feature will allow you to use the digital crown in certain apps to move back and forth in time. For instance, you can see what appointments you have in two hours time in the Calendar app or check out if it’s going to rain tomorrow in the Weather app.

Although there are no hardware changes coming to the Apple Watch, a couple of new looks for the watches were announced at the keynote. Coming October, Apple Watch Hermes will feature new leather strips,  and brand new watch faces designed by Hermes. 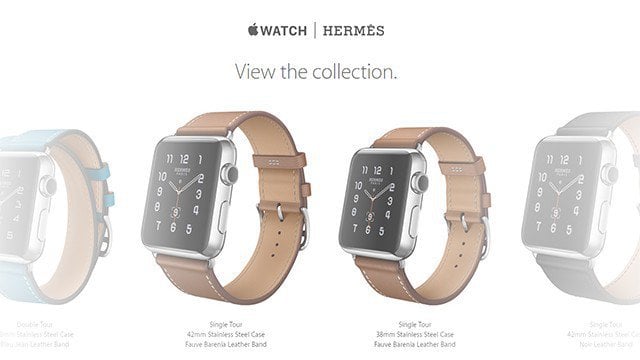 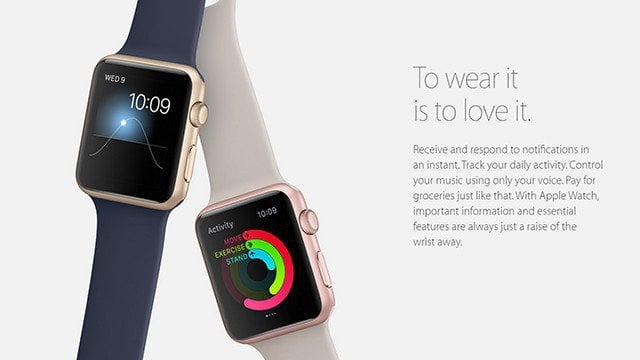 New straps for the Sport Edition watches will also be available, featuring both vibrant and neutral colors. The Stainless Steel watch wasn’t left without a refresh too. It is now available with a red strap and featuring a special Product RED watch face. 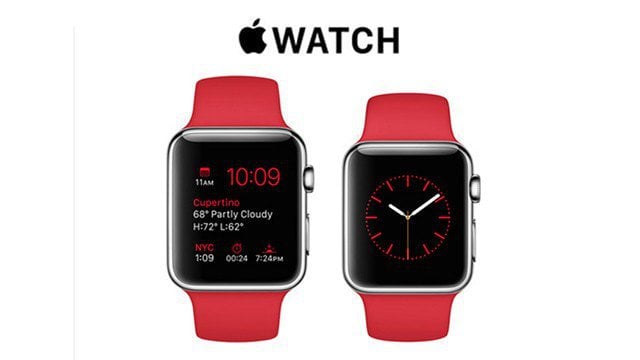 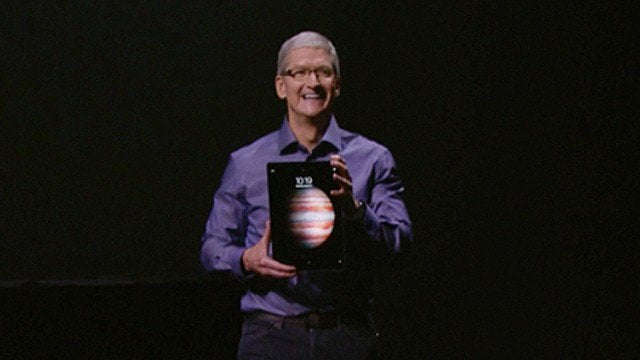 Featuring a new 12.9-inch display with a staggering 2732 x 2048 resolution as well as new technology that allows the display to dynamically adjust refresh rates in real-time based on the displayed content. With the 64-Bit A9X chip, Apple promises that the iPad Pro will deliver desktop-grade performance and 60 FPS graphics in games and productivity apps. 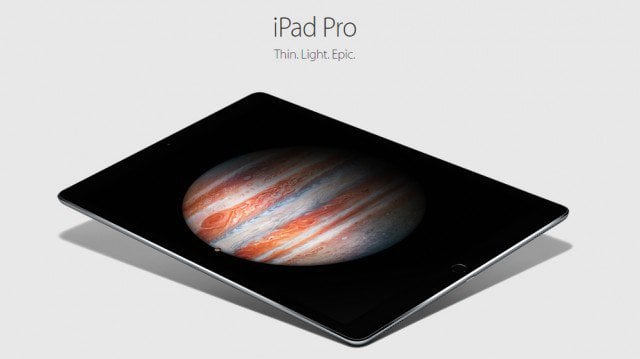 Perhaps a rather big new change for multimedia is the brand new speaker setup, featuring two speakers on each side, promising to deliver crisper and louder audio when watching media content on the device. 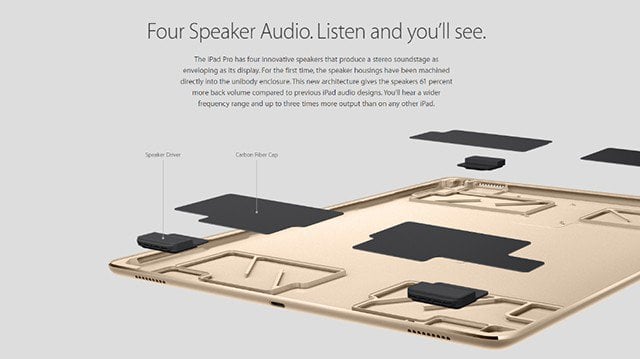 Apple claims that the new iPad would feature 10-hour battery life thanks to its new dynamic display, adjusting the refresh rate. All this could be quite possible, seeing as this is perhaps the first iPad to not be thinner than it’s predecessor, coming in at 6.9mm.

Available in November, the new iPad will come in the three classic finishes you know and love, starting at $799 for the 32 GB model.

New iPad means new accessories. Along with the iPad Pro, Apple announced a new Smart Keyboard. Looking insanely close to the Microsoft Surface keyboard, it connects to the iPad Pro via new proprietary magnetic connectors, similar to the way smart covers snap into place. The keyboard will retail at $169. 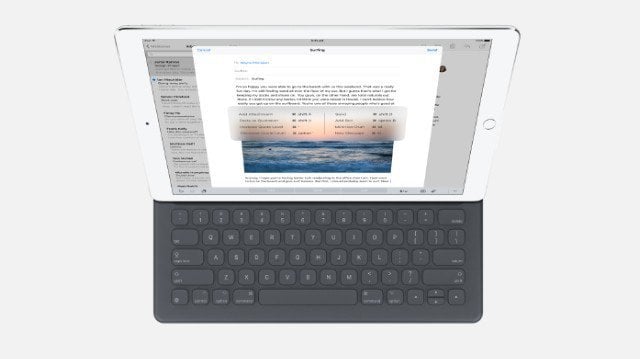 Well, apparently some people do want a stylus after all. At least after the announcement of the iPad Pro stylus called Apple Pencil. 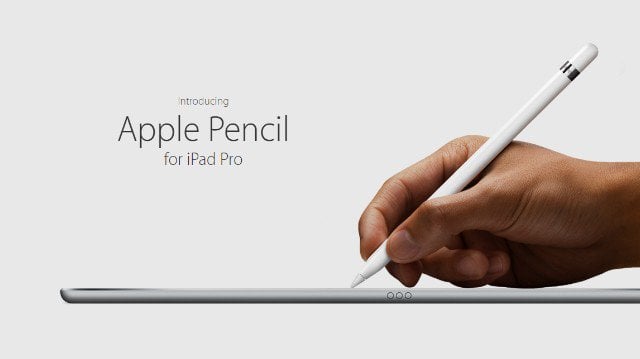 Measuring pressure and tilt, the stylus will bring graphics tablet capabilities to your iPad Pro. The Pencil will be battery operated and rechargeable through a lightning connector. Practical uses for the Pencil were presented live on stage from Kirk Koenigsbauer from Microsoft, Eric Snowden from Adobe and Irene Welsh from 3D4medical.

The stylus will retail for $99.

Don’t like the giant screen on the iPad pro but still want an upgrade? With the iPad Mini 4 you’ll get the specs of the iPad Air 2 crammed in the compact size of an iPad Mini. 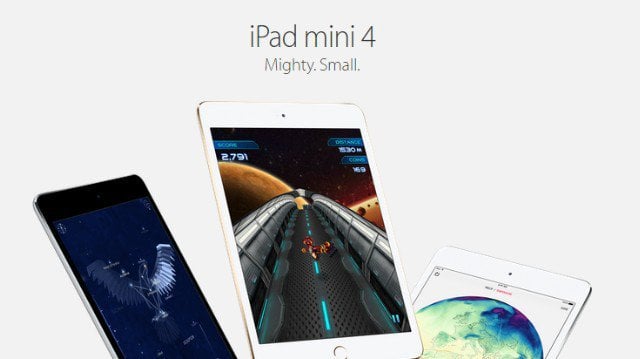 Available November, the new iPad Mini will set you back $399 for the baseline model.

They’re calling it the future of television, and it looks like Apple is no longer considering this a hobby anymore. The new Apple TV has specs and features that will give competitors like Roku 3 and Amazon Fire TV a run for the money. 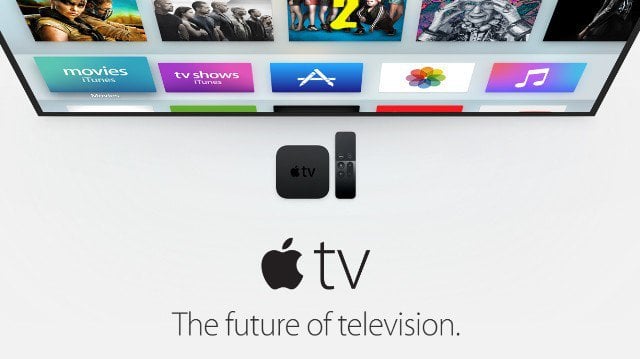 With a focus on apps, voice control via Siri, and a new remote featuring touch interface, the new Apple TV is a big upgrade over all previous models. 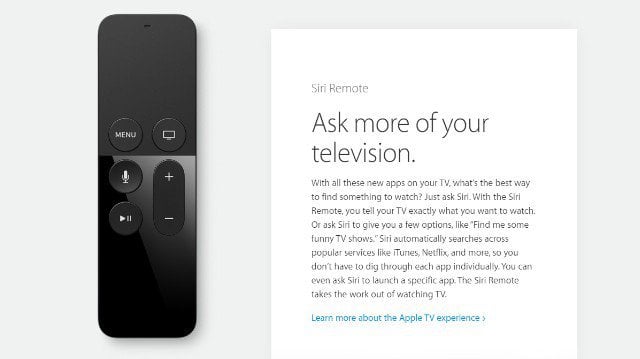 Featuring tvOS, Apple TV will have a heavy focus on apps and games. Two games (Crossy Road and Beat Sports) and two apps (Gily and MLB ) were presented live on stage. Needless to say, they performed flawlessly thanks to the 64-Bit A8 chip inside the new Apple TV. And if that wasn’t enough for you, Apple promises your interaction with the device will be just as fluent. Touch controls, Bluetooth 4.0, Accelerometer and Gyro, inside the new remote. Similar to the Apple Pencil, it will be rechargeable via a lightning connector and should last up to 3 months on a single charge.

It’s all you cared about anyway, right? The new iPhone 6S and iPhone 6S Plus models. 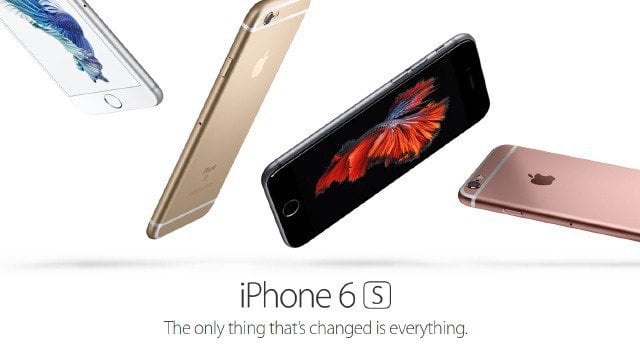 Exactly the same on the outside, but different on the inside. The new phones feature the 64-bit A9 chip with an embedded M9 motion processor for faster and more power-efficient computation of motion data.

The biggest new feature is perhaps 3D Touch. To put it simply, your iPhone will now be able to detect how hard you’re pressing on the display. This will come in handy for navigating around iOS 9’s new features, as well as taking advantage of new game mechanics. Haptic feedback will be provided by an all-new apple made motor, similar to the one used in the Apple MacBook. 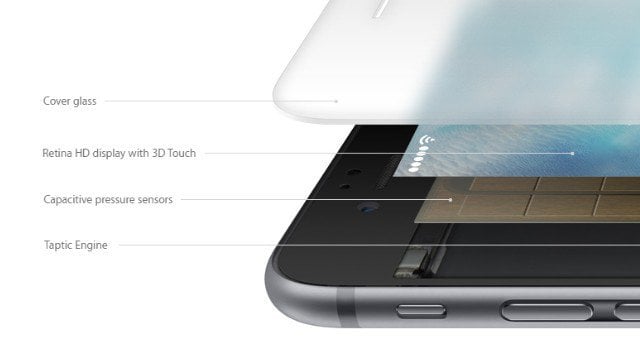 On the camera side, Apple’s new flagships will sport a new 12MP iSight camera with new sensor technologies for better color reproduction and less noise. Oh, and finally, the new phones are now capable of shooting 4K video (Androids did it first…btw). And if you’re into selfies, here’s your quick fix: New FaceTime camera, 5MP, and a new feature that utilizes the display as a front-facing TruTone flash. 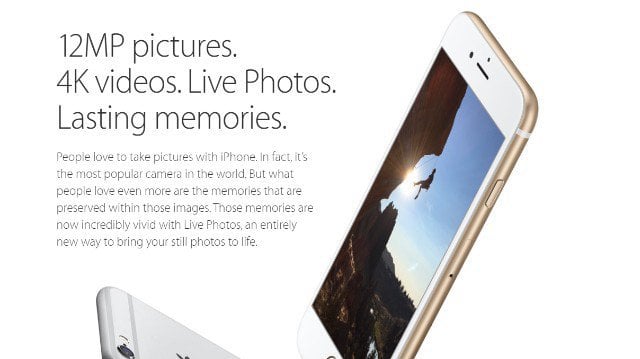 With iOS 9, the new iPhones will be able to capture what Apple calls Live Photos. To get an idea of how that works, imagine Samsung’s SoundShot, but about 10 times better. You’ll capture actual 3-second high-resolution clips, playable from the actual photo with 3D Touch. A bit gimicky, yet interestingly executed.

On a more boring note, Apple claims its new TouchID sensor to be twice as fast and twice as accurate.

For your color options, both iPhones feature all previously available finishes as well the new Rose Gold. 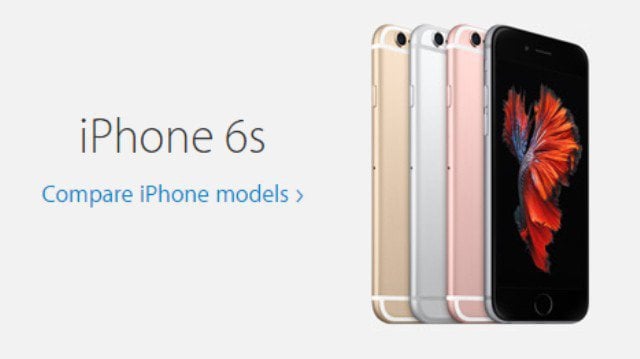 The starting price for the iPhones with a standard contact is no different from the last iPhone announcement. The iPhone 6S will start at $199, and the 6S Plus at $299 on contract.

No keyboards and styluses here! But if you’re into matching charging docks and fancy cases, Apple’s got you covered. 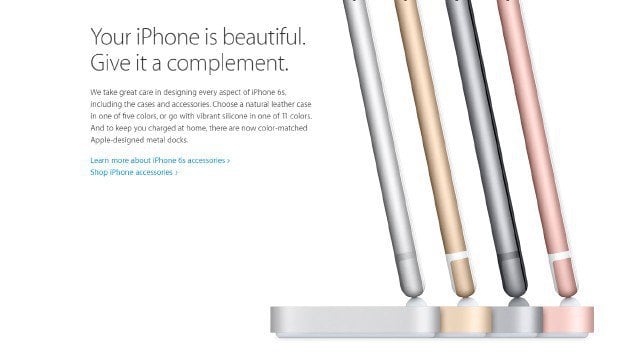 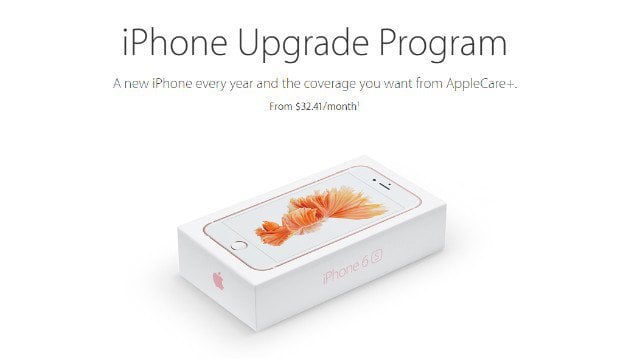 To top it all off, Apple slammed down a big and bold move. Starting at $32 a month, you’ll be able to get a new unlocked iPhone every year. You’ll be able to take advantage of the program in any Apple Store in the US and you’ll be happy to know all plans have Apple Care included. This is a perfect program for Apple Smartphone fans who want a new phone every year.

It’s been a crazy day for Apple 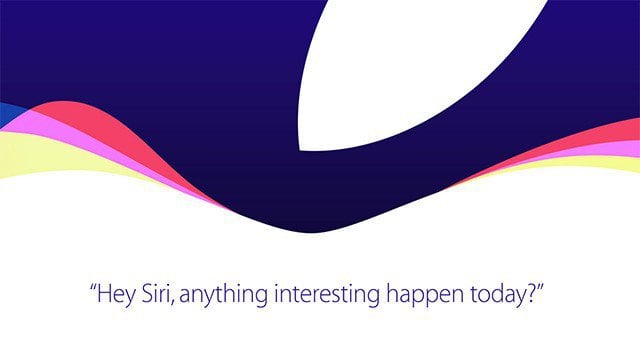 Although I’m not a huge Apple fan, I have to admit, most of the things announced at today’s keynote were quite innovative and exciting. But enough about my views.

What do you think of Apple’s new announcements today? Are you excited? Disappointed? Amazed? Bored? Share your emotions with us in the comments below!