Apple removed the iOS App Store from iTunes in the latest update. Now you’ll need to manage apps directly on your iPhone or iPad. 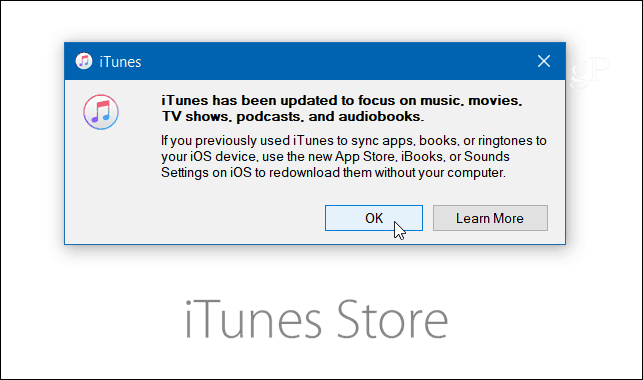 Apple had its big iPhone event yesterday where it announced three new iPhone models, a 4K Apple TV, and new Apple Watch. But one thing you probably missed is the company has removed the iOS App Store from iTunes in the latest update. Moving forward you will need to manage apps directly on your iPhone, iPad, or iPod touch.

The company quietly released iTunes version 12.7 for both Windows and macOS. The biggest change is that it no longer has any options to sync apps to your Apple device. In fact, the iOS App Store has been removed completely. This move appears to be an attempt to simplify and “slim down” the already extremely bloated music player. For years iTunes has tried to be all things to all people but isn’t the master of anything.

The company seems to be putting the focus of iTunes on music and entertainment. On its Support page Apple states: “The new iTunes focuses on music, movies, TV shows, podcasts, and audiobooks. Apps for iPhone, iPad, and iPod touch are now exclusively available in the new App Store for iOS. And the new App Store makes it easy to get, update, and redownload apps—all without a Mac or PC.” 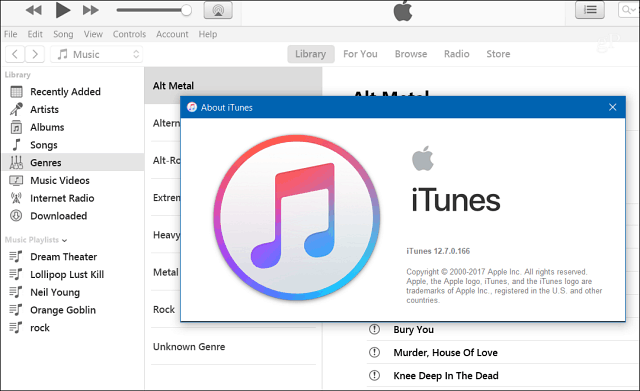 The company has also put iTunes U content in the Podcasts section and Internet Radio stations appear in the music library’s sidebar. This move should accomplish a couple of other things, too. It redirects users to the newly redesigned App Store coming to iOS 11 (launching September 19th). It should also make it easier for Apple to bring iTunes to the Windows 10 store; which was announced at Microsoft’s Build conference earlier this year.

While it’s nice to see a skinnier iTunes, this update doesn’t appear to improve on the slow performance that has plagued it for years – especially on Windows. Let’s hope the UWP version that is coming to the Windows 10 Store isn’t a resource hog and performs better than the desktop version.

Do you use iTunes to manage and sync apps on your device? What do you think about this new update? Leave a comment below and tell us your thoughts.