Apple today is releasing iOS 13.2 and iPadOS 13.2 which Deep Fusion advanced image processing, updated Emoji as well as a number of fixes and overall system improvements.

You can now download and install iOS 13.2 and iPadOS 13.2 on your iPhone/iPod touch and iPad, respectively. The update arrives around a month after the launch of iOS 13.1 and mostly benefits new iPhone owners, although there are some goodies for other folks as well.

Beginning with iOS 13, there are different operating systems for the iPhone/iPod touch and iPad.

Deep Fusion is a new camera feature that works exclusively with the A13 Bionic Neural Engine found on the iPhone 11, iPhone 11 Pro, and iPhone 11 Pro Max. It lets you capture multiple images at different exposures using a pixel-by-pixel analysis. In doing so, the best parts of each image are fused to create one great masterpiece. Those same users can also now change video resolution from the Camera app, rather than the Settings.

Both iOS 13.2 and iPad 13.2 include 70 new and updated emoji. These include new takes on animals, food, activities, and more.

On the same day Apple released iOS 13.2, the company revealed the AirPods Pro, which officially launches on Oct. 30. 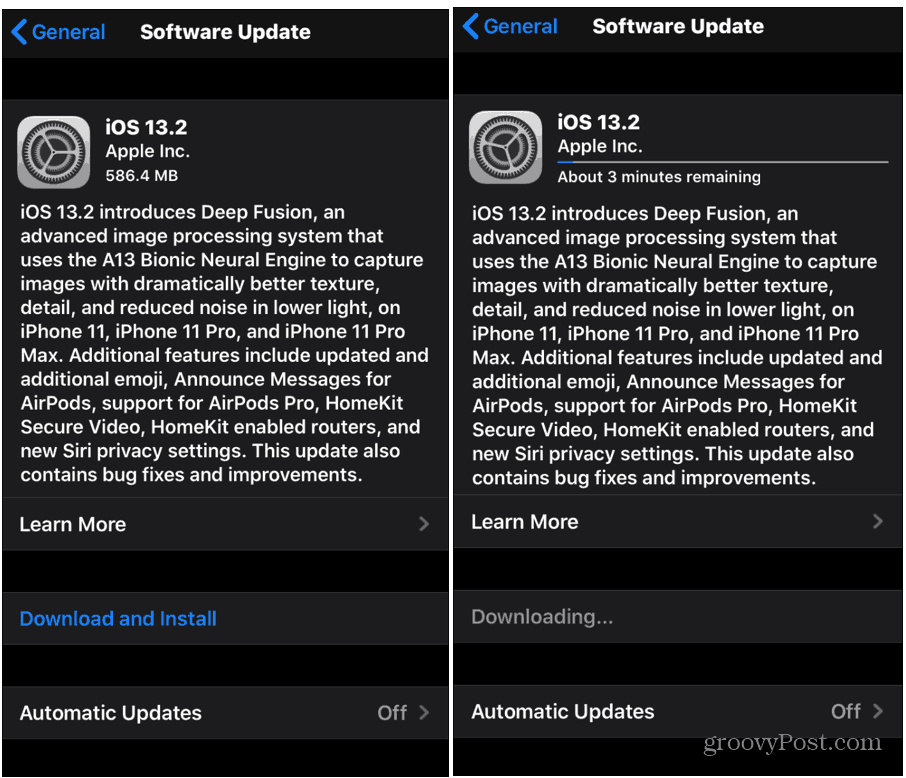 Here is a list of all the new features and bug fixes included in this latest iOS 13.2 update from Apple: