According to user data from the Google Play Store, Ice Cream Sandwich is becoming increasingly popular. But it’s still not the version of Android running on the largest number of devices.

According to recently released data from the Google Play Store, the number of Android devices running Ice Cream Sandwich is growing, even if it’s still not the most used version of Android. 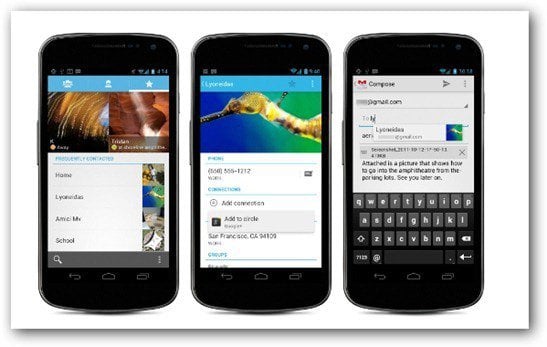 I’ve talked about Android’s fragmentation a number of times, and the company’s latest charts show devices that have accessed the Google Play Store over a period of two weeks is growing.

Compared to the 14-day period ending on July 2nd (it was close to 11% then), it has now grown to close to 16%. Of course, a lot of manufacturers have been upgrading devices lately, and it has had a significant contribution to the growth.

The latest version, Jelly Bean, is at 0.8%, but it’s too early for it to play an important part in this competition (for lack of a better word).

Even so, Gingerbread still remains the most popular Android version. It accounts for over 60% of devices accessing the Google Play Store during the same time period. 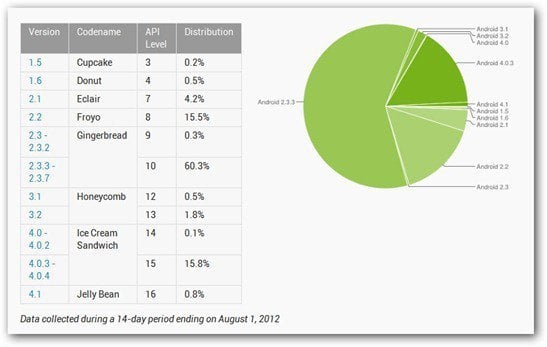 I’m sure this won’t last too long, and Ice Cream Sandwich will steadily take over. And we’ll be here to watch it happen.