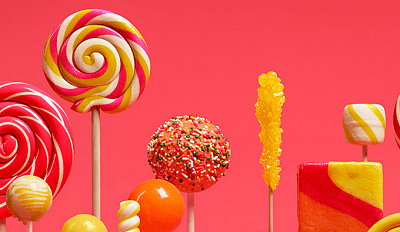 Google released the Android 5.0 Lollipop update this week for the Nexus 5, Nexus 7, Nexus 10, as well as Nexus 4 devices, here’s a look at updating.

Google launched its new line of Nexus devices with each running its latest mobile OS – Android 5.0 “Lollipop” last month. Then the Android 5.0 update reportedly started to roll out to other devices. Recently I found my  first–generation (2012) Nexus 7 tablet was ready to get the Over-the-Air (OTA) update.

It turns out that Google released the Lollipop update this week for the Nexus 5, Nexus 7, Nexus 10, as well as Nexus 4 devices. If you haven’t seen the update, just give it some time as Google says OTA updates are rolled out in phases. Keep hitting System Updates and it will arrive eventually, hopefully sooner than later!

I first found out that it was available when swiping down on the Notifications list as shown below. Tap on the notification and it will take you directly to the point to start installing the system update. 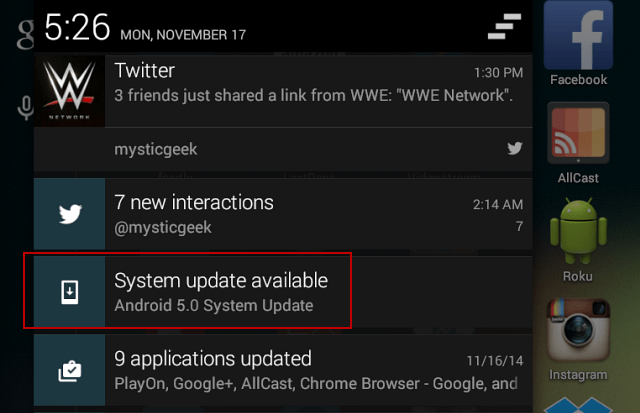 Or you can check for the 5.0 update by going to Settings > System About Tablet > System Updates. Do note that you will need at least 500 MB free on your tablet to apply the update.

Before starting the process, make sure all of your important data is backed up in case the update goes awry. Also, make sure your tablet’s battery is charged fully, or plug it into a power source while the update occurs.

From this screen just tap the Download button and wait. For me the download was just over 310 MB. 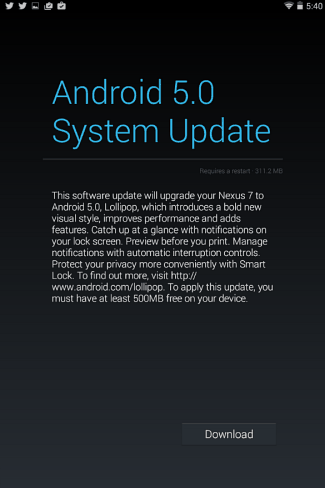 After the update downloads, tap Restart & Install. Then wait while Android 5.0 is installed on your tablet – it will restart a few times during the process. 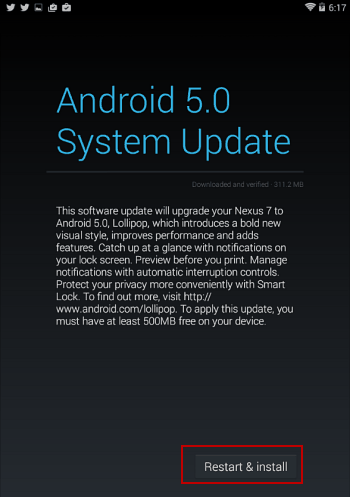 Below are a couple of screenshot that a look at some of the new design and features. Apps that are running separately and the content responds to touch in a more intuitive way…not bad for stock Android. 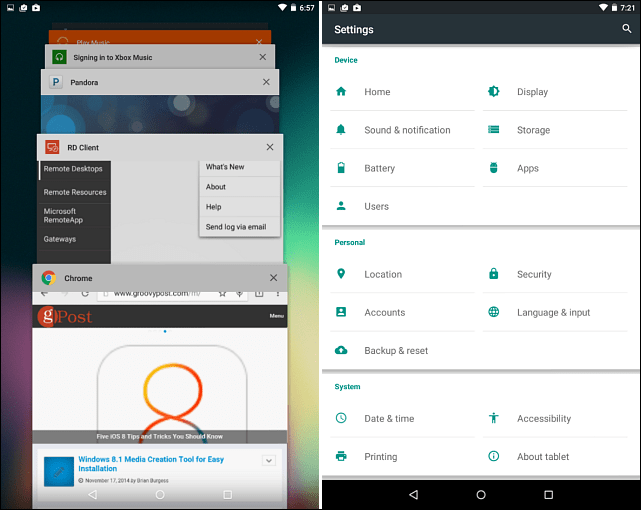 I haven’t had much time to play with this yet, but as I do, be sure to come back and check out our tips and tricks for using Android 5.0.

The new Lollipop version of Android includes some design changes to the user interface, improves performance, notifications on your lock screen, and more. To get a full take on everything it’s going to offer, head to the official Android Lollipop page.

What is your take? Have you been able to install Android 5.0 on your old device, or did you buy one of the new Nexus devices that already include it? Leave a comment below and let us know!