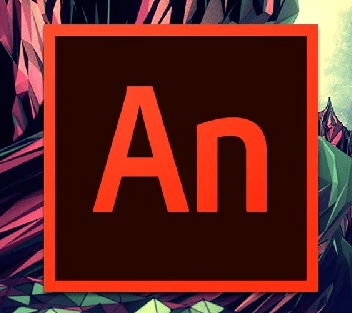 Adobe announced this week that it’s rebranding Flash to Adobe Animate CC with focus shifting closer to HTML5 which is a more popular and secure standard.

After nearly two decades as a standard on the web for producing and presenting rich, interactive media, Adobe is changing the brand identity of one of its most recognized tools, Flash Professional CC. The transition to mobile has not gone so well for Flash since the launch of the iPhone in 2007.

In 2010, Adobe released the Packager for iPhone component included with its Flash Professional CS5 software at the time. Flash made it easy to compile ActionScript bytecode into native iPhone application code that developers could then distribute as iPhone application installer (IPA) files via the iTunes store. Unfortunately, at the time, Apple had made some different changes to its iOS 4 SDK license that prevented major third-party developers such as Adobe from using development tools other than those created by Apple. Apple said it was nothing personal, but more of a chance to control the experience of applications created for the iPhone and to keep the clout it had gained since the introduction of the wildly popular device.

The late Steve Jobs had said at the time it’s about maintaining the quality of applications for the devices and not becoming beholden to a third-party developer to introduce innovations. This move undoubtedly led to the decline of the applications use on where it mattered most. However, Google and Microsoft championed Flash support during that time on its Android and Windows Phone devices. It’s just, the lack of iPhone support changed the direction of the industry to focus on the upcoming HTML5 as the best way to do all that Flash had been doing for years.

Today, Adobe is finally embracing a new future for the product, first by rebranding Flash as Animate (An). With a primary focus on targeting modern web standards such as HTML5 and WebGL, Animate has now reinvented itself for a new generation of web experiences. According to Adobe:

Today, over a third of all content created in Flash Professional today uses HTML5, reaching over one billion devices worldwide. It has also been recognized as an HTML5 ad solution that complies with the latest Interactive Advertising Bureau (IAB) standards, and is widely used in the cartoon industry by powerhouse studios like Nickelodeon and Titmouse Inc.

Animate CC will continue supporting Flash (SWF) and AIR formats as first-class citizens. In addition, it can output animations to virtually any format (including SVG), through its extensible architecture.

Adobe Animate CC includes some of the following capabilities:

This should be a positive move by the company since its Flash product has been riddled with security vulnerabilities.

Adobe Animate CC will become available in January of 2016, and Adobe Flash CC 2015 will continue to be available until then. If you are interested in learning about Animate CC, Adobe has a schedule of events that will detail all the new features of the application here.