What is Microsoft Edge? It could be the best web browser around and best of all, it’s available across multiple platforms on desktop and mobile.

At one time, it felt like Internet Explorer was the only browser in the world. By the time Microsoft released the final version of Internet Explorer in 2013, however, it had long been passed by Google Chrome as the preferred browser for most users. Two years later, Microsoft Edge was introduced to the world. The cross-platform web browser has yet to catch on with the masses. And yet, it has a lot going for it, especially after Microsoft made a big change under the hood nearly two years ago.

What is Microsoft Edge?

As primarily a Mac user, I didn’t experience Edge until a macOS version was released in 2019. Even then, I was hesitant to use the browser until the Windows maker announced plans to rebuild the browser as Chromium-based. The free and open-source codebase is widely used by various browsers across multiple platforms even though it remains principally developed and maintained by Google, home to the No. 1 Chrome browser. Besides Edge, other browsers that use Chromium include Opera, Vivaldi, Brave, Amazon Silk, etc. 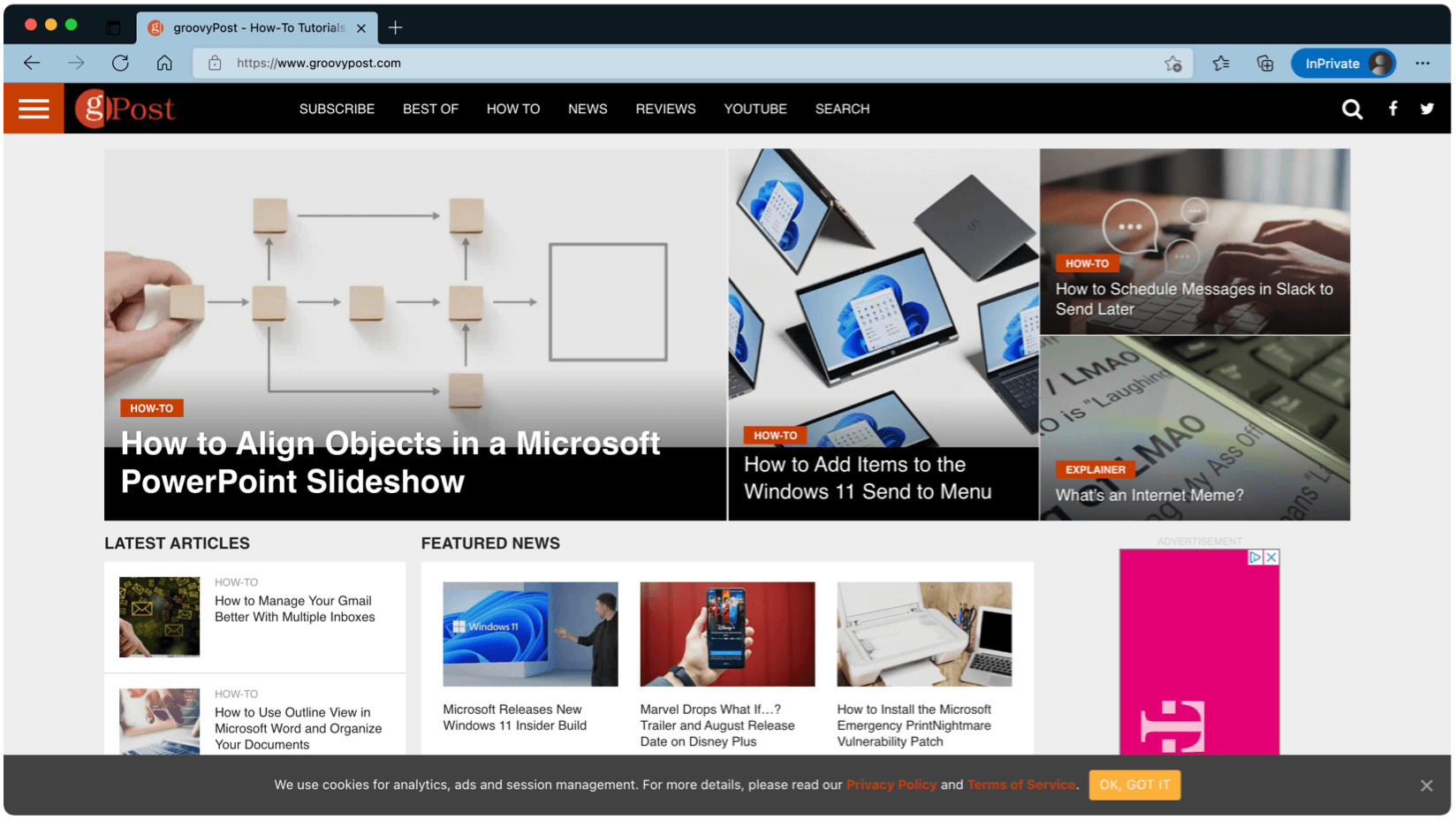 One of the reasons techies have often chosen Chromium for browser development is also one of the initial goals of the original Chromium team. In 2009, it said it wanted to make a browser “feel lightweight (cognitively and physically) and fast.” On this point, Edge has already found great success.

Reasons to Use Microsoft Edge

There are various reasons for using Edge on both Windows 10 and macOS. Among these are the following:

For years, advertisers collected user data through web browsers without missing a beat. Many consumers have grown tired of this, so companies like Microsoft are becoming proactive and adding more security and privacy tools to browsers. With Edge, users can now pick from three security settings: Basic, Balanced, and Strict. You can also easily block adware and other “potentially unwanted apps” from ruining your browser experience. Microsoft will also alert you even any of your stored passwords were part of a security breach.

Edge also offers InPrivate browsing, which deletes your browsing info when you close InPrivate-specific windows. Unfortunately, it also prevents Microsoft from connecting you to Bing searches.

Google Chrome was once a winner when it came to using computer resources. Unfortunately, its memory usage has worsened in recent years. Edge doesn’t yet have this problem and hopefully never will. For anyone who multitasks significantly throughout the day, saving on memory is important and could quickly improve your workflow.

Among the learning and accessibility tools in Edge is the Immersive Reader. Designed to improve reading comprehension and enhance learning, the tool simplifies a page layout by removing clutter. It’s ideally suited for those with dyslexia and dysgraphia, although anyone can use the tool.

There are two areas relating to compatibility that make Edge an excellent choice for many. First, because the browser uses Chromium, it supports your favorite Chrome extensions, which means fewer headaches when making a switch. Second, the browser is also available across multiple platforms, including Windows, Mac, iOS, Android, and Linux.

Collections are another popular Edge feature. With Collections, you can save articles (and group similar websites) to read later. With Editor, grammar, spelling, and style suggestions are made in real-time. It’s a proofing tool that’s offered in three languages. Finally, consider Read Aloud, which makes it possible to hear what’s on a webpage from a soothing voice.

Who Should Use Microsoft Edge?

If you like what you’ve read above and are looking for a new browser, Edge is probably a great choice for you. It’s offered across multiple platforms, uses less memory than other browsers, and has advanced security features not found on other solutions. Edge is also the best choice if you’re heavily into the Microsoft 365 ecosystem.

Google Chrome is still the king of web browsers, and that’s probably not going to change anytime soon. One of the reasons for this is the hard fast integration with other Google products, including Gmail, Google Photos, Google Docs, Google Maps, and more.

For more information, check out our growing library of Microsoft Edge how-tos, reviews, and news. In the meantime, happy surfing.

Note that there is still an old version of the original Edge that came with Windows 10 still out there; Microsoft has discontinued it. It no longer receives support, and the Chromium-based version of Edge is replacing it. If you have used Google Chrome for any length of time, working through the new version of Edge will be a piece of cake.