With Mission Control spaces, you can create different desktops on your Mac. By doing so, you can remove the clutter of open windows.

Having multiple windows open on your Mac desktop can slow efficiency and make it more difficult to find content. With Mission Control spaces, you can remove this clutter by creating additional desktops. Here’s how to do it.

To create a space:

Apple suggests identifying spaces by using a different desktop picture for each. To do so, change the desktop picture through System Preferences. You can also use a third-party desktop generator like 24 Hour Wallpaper.

You can move between Mac spaces using different methods, depending on the type of computer.

There’s no right or wrong way to use and maintain Mac spaces. When setting up your spaces, always remember the goal is to remove clutter. With this in mind, here are a few suggestions:

You can also take a proactive approach and assign apps to spaces. Every time you activate an app, it’s opened through the assigned space. To do so: 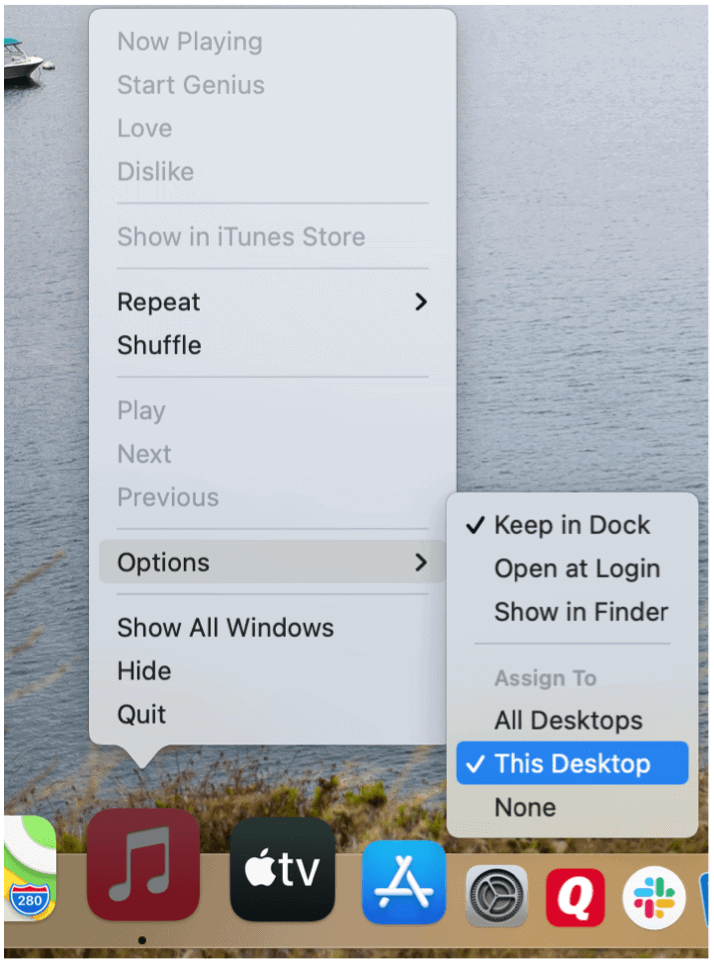 By default, each new space that gets created on your Mac is assigned a new number. For example, Desktop 1, Desktop 2, and Desktop 3. It should be simple to change these names to better reflect what each space contains, such as Work, Music, and Personal. Unfortunately, it’s not nearly as simple as it should be.

The only way to bypass the current naming conventions for spaces is to open an app, then make it full-screen, and follow additional steps as shown here.

In the example above, the Music app was used to create a new space called “Music.” Despite the name, the space operates just like any other one; you can open additional apps in the space with no limitations. Once a Mac space gets created, you can’t change its name.

You can delete spaces at any time using the following directions:

Note: Any open window from a deleted space moves to another space, if available.

Apple tends to release new features on iOS and macOS that never get another mention or update. Mission Control spaces is one of those useful but forgotten tools. With spaces, you can better organize your workspace and increase efficiency. Use it starting today!