To safely remove an SD card from an Android device, first un-mount it from the system on a software level. This brief guide will show you the ropes.

Recently we’ve been talking a lot about the benefits and reasoning behind unmounting an external storage device or USB stick before you remove it. The same goes for SD cards used in Android phones and tablets.

When I first got an Android phone, I thought the only safe way to remove the SD card was by first turning off the device. But that isn’t the case, as you can usually unplug it without problems. But, to be on the safe side, it’s a best practice to unmount an SD card before you remove it safely. This safe unmounting will not only prevent you from losing data but also lets you disconnect the SD card without physically removing it should you ever need that.

Note: This tutorial was written for a Samsung Galaxy phone running Android 4.0.4 Ice Cream Sandwich (ICS). Menu options will vary depending on which version of Android you’re running.

From the home screen, open the settings menu on your device. This menu can also be accessed from the App Drawer by opening the “Settings” app.

Within Settings, tap the Storage button. 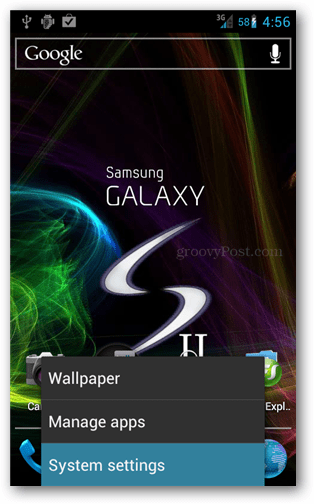 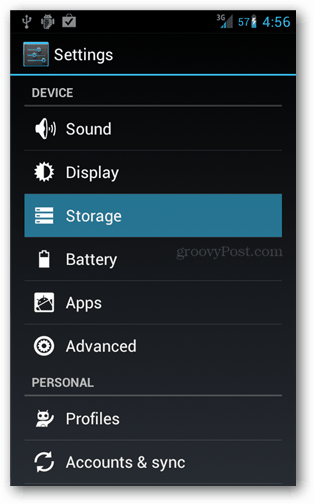 Scroll down the Storage screen, and near the bottom, you’ll find what we’re looking for. Tap the Unmount SD Card button. And then tap OK to confirm in the pop-up that appears. 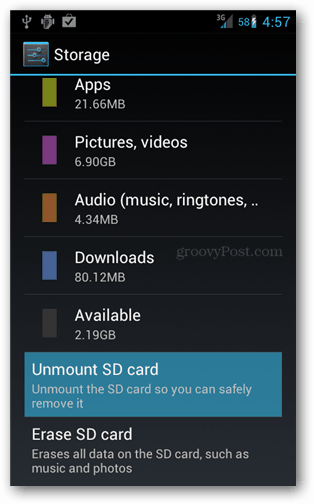 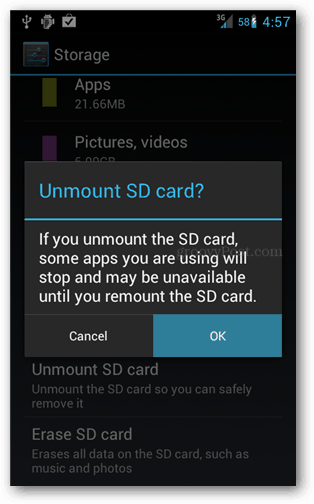 The SD card will unmount, and a notification will appear saying, “SD card safe to remove. You can safely remove SD card.” You can now pull it out of your phone or tablet and not risk losing any data. The device also will stop scanning the SD card, and you won’t need to worry about the system accessing it, even though you haven’t unplugged it yet.

If later you want to mount the SD card back in, there are two ways to do it. The first is to remove it and then reinsert it physically. The other way involves going back into Storage >> Settings and using the Mount button, which will only appear while the card is unmounted. 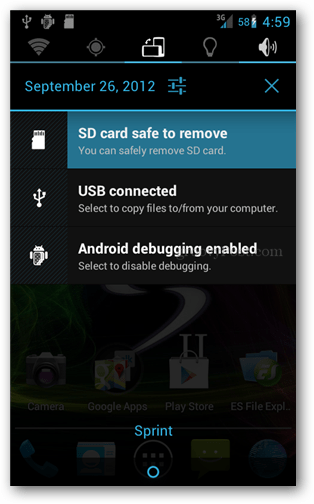 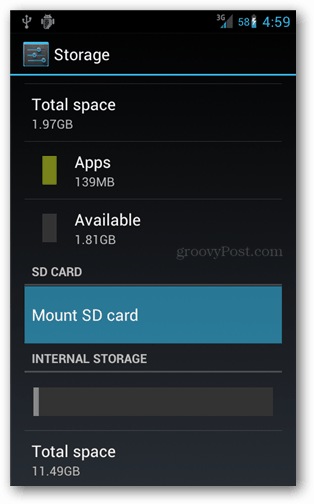