Here’s how to print from your phone or iPad without upgrading your non-AirPrint printer.

Once in a blue moon, I have to print a coupon or a letter or something. And when I do that, I use the same printer I’ve been using since 2009: the HP Photosmart C4780 that came for free with a MacBook purchase. Unfortunately, despite getting this printer from the Apple Store, it does not support AirPrint—HP didn’t start supporting AirPrint until the HP PhotoSmart 5000 series (I missed it by this much). However, I’ll continue to pay astronomical sums for ink cartridges; for some reason, I refuse to buy a new printer since this one works perfectly fine. But being unable to print from my iPhone or iPad—something everyone else has been able to do since iOS 4.2.1 was released in 2010—makes me feel like I’m stuck in the stone ages.

So, I did some research. And it turns out that there a few ways to get my non-AirPrint printer to print from iOS. Check it out.

Printing from iOS to a Non-AirPrint Printer

The overall concept of printing from a smartphone to a dumb printer is the same for each solution. AirPrint is a feature that lets you print wirelessly to a printer without worrying about drivers or anything like that, so long as your printer supports the protocol. But if AirPrint support isn’t built-in to your printer, you need an intermediary to accept the incoming AirPrint request and pass it along to a connected printer. That intermediary can be a Windows, macOS, or Linux computer or software installed on your iOS device. 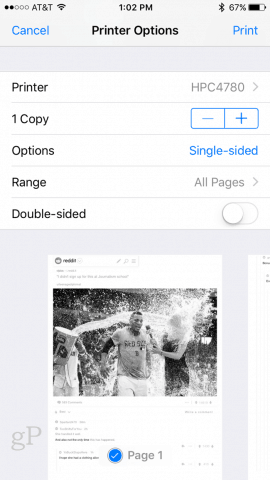 CUPS stands for Common UNIX Printing System, but as many acronyms go, I don’t think it stands for anything anymore. But what you need to know is that CUPS is a printing system that automatically builds AirPrint compatibility. So to get CUPS working with AirPrint, all you need is a Linux device that is always on and always connected to the network. For example, network-attached storage (NAS) or a Raspberry Pi.

With my Synology DiskStation NAS, getting up and running with CUPS was super easy. It already had all the printer drivers built-in, so I didn’t even need to install CUPS. I just went to Control Panel > External Devices > Printers and added my printer. There was a little box to Enable Apple Wireless Printing, and it works like a dream. There’s even an option to Enable Google Cloud Print though I admit I haven’t tried it. 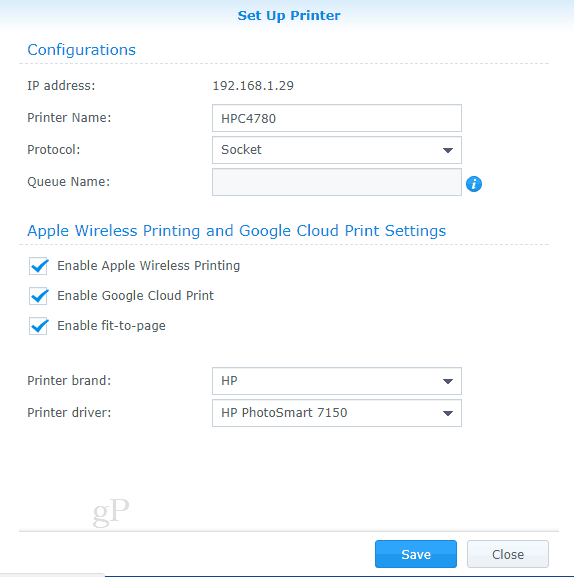 You may have noticed that they didn’t have my exact printer driver in the drop-down list. The HP PhotoSmart 7150 driver works fine with my HP PhotoSmart C4780. After applying these settings, I can now AirPrint to my printer from my phone, so long as my Synology DiskStation is turned on.

I imagine it would be equally easy on a Raspberry Pi or any other Linux computer you have set up. For a Pi running Raspbian, follow the instructions for installing CUPS in Debian. If you want a detailed how-to, shoot me an email or leave a comment, and I’ll put one together.

If you have a non-AirPrint printer connected to a Mac or Windows PC, you can use that computer as an intermediary for processing AirPrint jobs from your iPhone or iPad. The catch: you’ll need some third-party software. Some of these apps are free-ish, and others are paid. They work pretty much like CUPS, and in fact, some of the Mac variants use CUPS.

On a Mac, try out HandyPrint or Printopia. 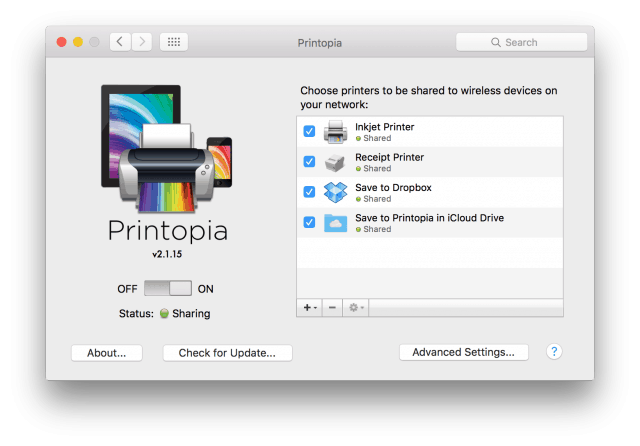 For Windows, try O’Print. (Note that I have not used O’Print before. If you have, please let me know if you like it in the comments.)

If you don’t want to have a computer or a NAS turned on all the time, you can use an iOS app to print directly to a non-AirPrint printer.

I got ePrint Free working with my phone and my HP PhotoSmart printer. The free version is fairly limited in what you can print. But, I successfully printed a photo from my camera roll. So, you could work around the limitations by screenshotting or saving images to your camera roll then printing them from the app. 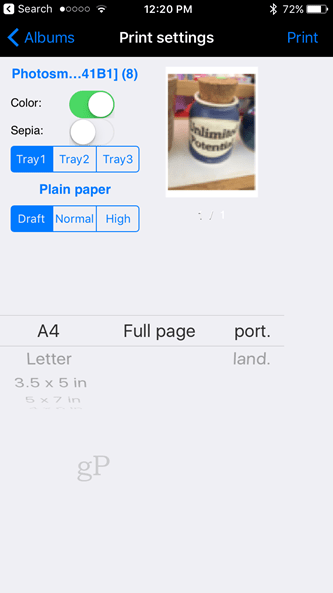 AirPrinting from an iPhone or iPad to a non-AirPrint printer is possible. The solution may not be elegant or full-featured, but it can be done using software or drivers on a computer, your phone, or another network-attached device.

Give it a shot, and let me know how it goes. If you’re having trouble with your setup, leave me a comment, and we’ll see what we can come up with.

Bonus: Hey, if you’re printing something from Gmail, Google Docs, Google Sheets, or Google Drive, you can use Google Cloud Print from your iOS browser. Check out some vintage groovyPost for the tutorial: How to Print from Google Docs Mobile Using your iPhone or Android Phone.