Google is aquiring a portion of the service “Yelp” but the company backed out, here are the details of what we know so far.

It’s not every day a small company CEO walks away from $550 million dollars, but over the weekend Jeremy Stoppleman did just that. Google had been in negotiations with Yelp to acquire the review site, and the deal was nearly ready for signature before the deal soured. With this going sideways, Google won’t gain the acquisition of the massive database of businesses and reviews that would have significantly improved Google’s new Favorite Places system.

Why did Yelp say no to Google?

There are several possibilities, but we won’t know for sure until Yelp releases a statement.  While Yelp is not yet disclosing any information, here are a few of the best ideas floating around the net.

Regardless, this means Yelp will be sticking around for a while which I think is good news personally. Yelp is a great review site for everything local, from restaurants and hotels to nightclubs and even religious organizations. Check it out @ http://www.yelp.com/ 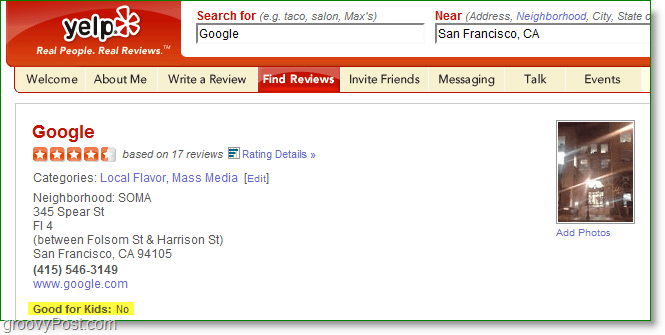 Do you have any news on the deal going sideways? What do you think about the deal in general?  Post what ya know in the comments!