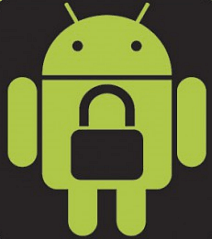 Screen Pinning in Android 5.0 Lollipop makes it fast and easy to allow friends to use an single app, and locks your phone down to that app only.

Android 5.0 Lollipop has several new security and usability features, and one of the new ones I came across makes it easy to let your friend borrow the phone to use an app, and keep them out of the rest of your phone’s content. Here’s a look at locking your phone to only one app by using the new Screen Pinning feature.

We’ve all been in a situation where a co-worker, friend, or family member needs to borrow your Android phone “for a minute” to access an app because they don’t have their phone or it’s charging. Or this can be used to pull up a game for your kid to play while you’re working on something else.

Whatever the case is, Screen Pinning makes it fast and easy to allow them to use an app, and locks your phone down to that app only. This is different than Guest Mode in Android where they can log in as Guest and have access to a lot more of the phone’s apps and settings.

To set it up go to  Security > Screen Pinning and set it to On. 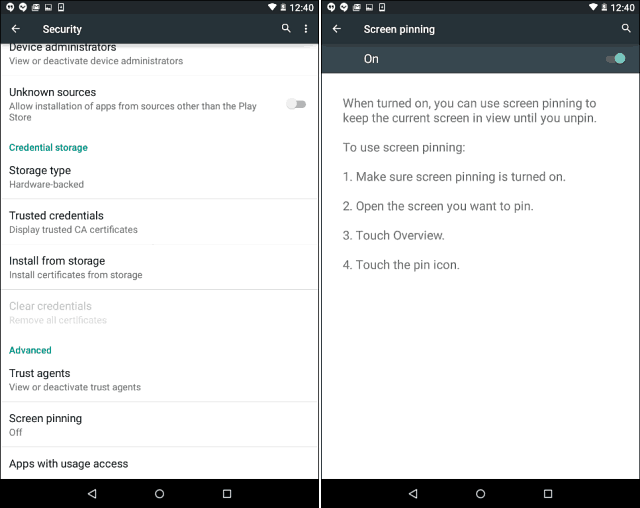 Either launch the specific app they need access to, or tap the Recent Apps icon and scroll upward. There you’ll see a pin icon on the most recent apps or process you had open at the lower right corner. Tap it and confirm that you want that app pinned. 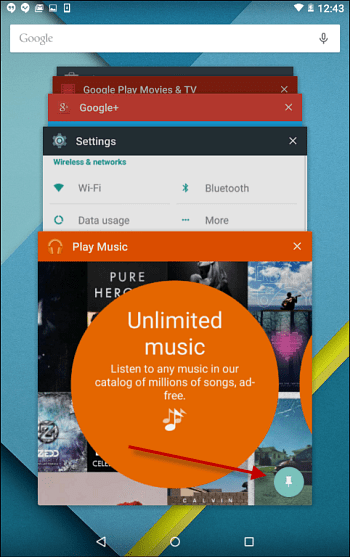 After that the phone will be locked to that app and that app only. There will be no seeing notifications, returning to a home screen, or opening anything else. Then to exit out of Pinned Mode, tap the Back and Recent Apps buttons simultaneously to return to your lock screen, unlock it, and you’ll have regular access to your phone again. 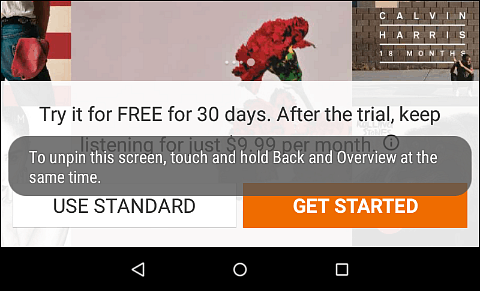 This is an easy way to lock down your phone to one app so the person using it doesn’t have access to all of your data, but can use the one thing they need in a pinch.