The Kindle Fire doesn’t support Adobe Flash Player by default. But that can easily be fixed by installing the right version of Flash for Android, and using a compatible web browser.

Adobe Flash and Android had a great thing going until the mid-last year when Google decided that it wasn’t worth the effort to support. You can still install Flash on most Android devices, including Amazon’s heavily skinned version of it on the Kindle Fire HD. Here’s how to get it to run and what it takes to use it on your Amazon tablet.

Adobe is no longer supporting Flash on any operating system. If you are still running it, your device is potentially vulnerable to attacks and other security issues. Microsoft and Apple removed it from their operating systems via a security update. If you still have it running, check out one of our following articles:

Editor Note: This article was written using the last year’s iteration of the Kindle Fire HD. Certain steps might slightly vary if you have the latest model.

More than likely, this will only work if your Kindle is running Android version 2.3. But since it updates automatically, your device is probably running a version much higher than that. 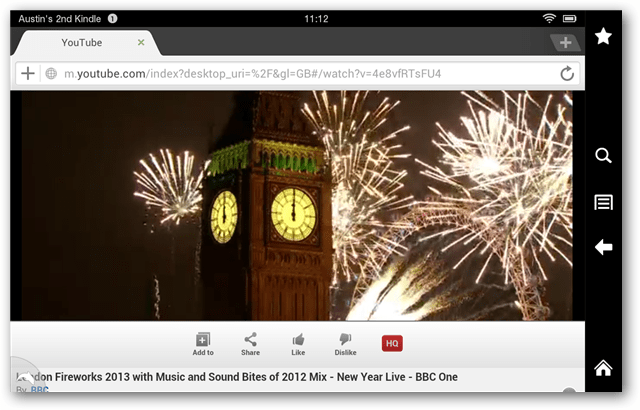 To get started, download the 11.1.115.16-4.0 version of the Adobe Flash Player apk to your Kindle Fire HD. You can do this by visiting the above link with your Kindle’s web browser or downloading it first on your computer and transferring it to the Download folder on your Kindle’s internal sd card.

Once downloaded, use ES File Explorer to open the .apk package and install the flash player application. 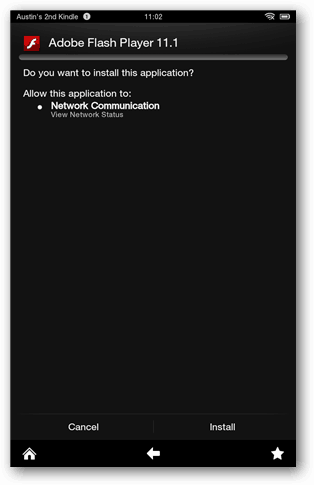 Next, all you need to do is open up your web browser of choice (I recommend Dolphin) and browse the web as you normally would, except this time, all of the flash elements on pages visited should work. 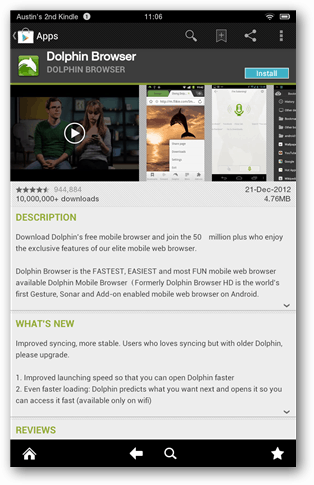