While Snagit and Jing are screenshot tools packed full of awesome bells and whistles, I think many will find that the new screenshot tool built into Office 2010 should take care of almost all your basic screenshot or screen capture needs. How good is it?  Well from a guy like me who takes a lot of screenshots, I give it two thumbs up. It’s pretty nice, and I’d probably place it somewhere in between Snagit and the free snipping tool built into Vista and Windows 7.

How To Take Screenshots Using Office 2010

Note: To use the Screenshot feature in Outlook 2010, you need to be composing your email in either HTML or Rich Text format

2. From the screenshot button, there are two options. Available Windows will allow you to capture a screenshot of an entire window you already have open, and the Screen Clipping option will let you draw a box around an area to pick and choose what you want in your screenshot.

Note that you can’t take a screenshot of the Office application you are using to access the screenshot tool. 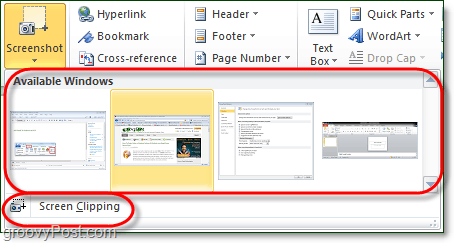 3.a  Available Windows: When you choose to take a screenshot of an available Window, the entire window is cropped and pasted right into your Office application. The example image below shows this behavior in Microsoft Word 2010. Note that for a window to appear in the Available list, the window must be open and not minimized. 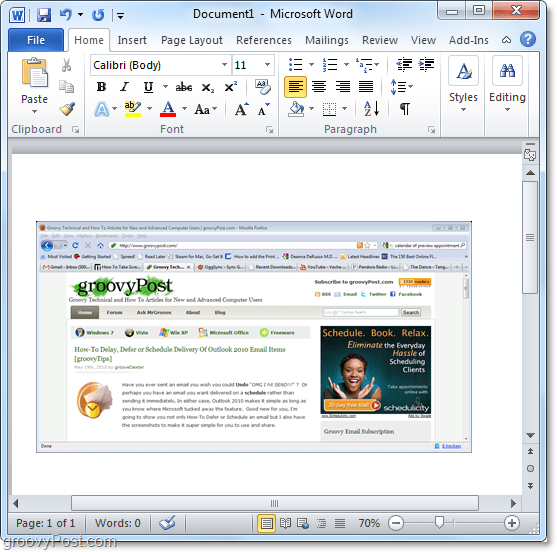 3.b   Screen Clipping: Screen clipping works much like the Snipping Tool from Windows 7 or Vista. The Office application will disappear, and you get a cursor to draw a box around the area you would like to capture. 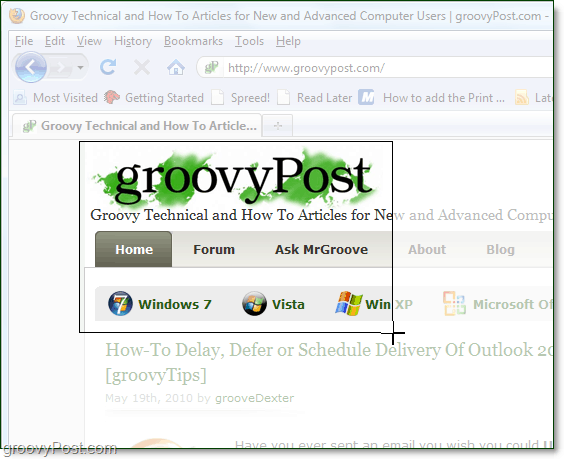 4. Depending on which Office application you used to take the screenshot, there will be different options available to you for editing the screenshot. 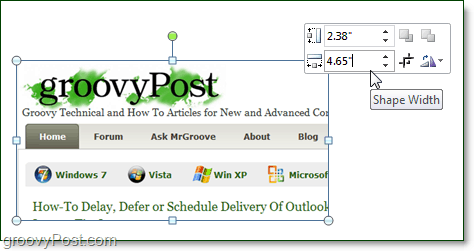 I believe Word or PowerPoint will offer you the most customization; however, all of them offer a pretty robust set of features that do everything from adding shadow, changing the color, adding artistic effects to wow, you name it. 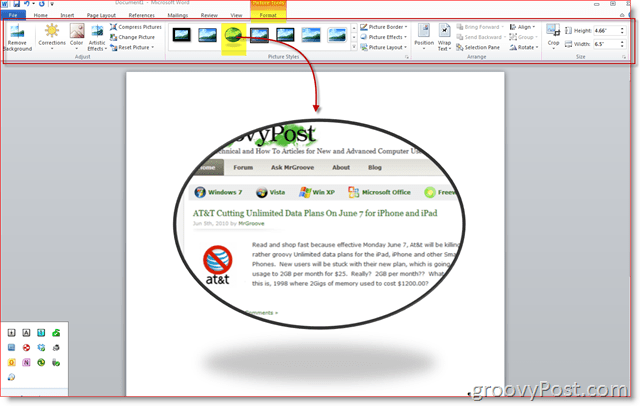 That’s all there is to it! Using the screenshot tool in Microsoft Office 2010 you can take as many screenshots as you like and then insert them into your documents, spreadsheets, and presentations.