Editor Note: Keep in mind this was written several years ago and affects early versions of Android. Your modern version will vary wildly. In fact, modern Android phones will no longer support these steps.

Previously we showed you how to pull up RTN information on your Android phone using a dial code. Unfortunately, the process didn’t work for everyone and it seems only a handful of phones can use that method. So, this time around, we have a solid method that doesn’t use a phone code. Using a custom launcher, we’ll create a shortcut on the home screen that will open up any hidden menu on your Android phone.

Before we get started, you’ll need to make sure you have an app installed that will add the “activities” option to your shortcut creator.

All set?  Let’s get started.

Go to your home screen (using a custom launcher) and Long-Press on an empty spot.
The “Add to Home screen” menu should appear; Tap Shortcuts.

This also works with ADW launcher, but the process is changed to Custom Shortcut > Pick your activity > Activities 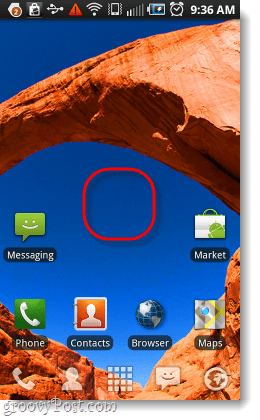 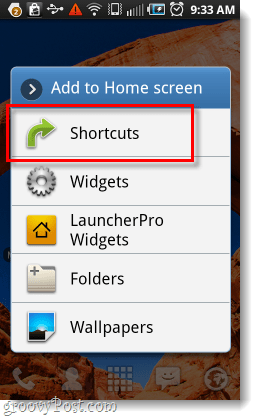 From the next menu, Select Activities.*  Now you should be at a black screen with a list of phone activities.  Slide-down to whatever activity you can find with “hiddenmenu” in the name.  (e.g. on my Samsung Galaxy S Epic 4G it was called com.android.hiddenmenu.)

Tap the hidden menu entry and then below you’ll see a list of all hidden menus on your phone. From here you can access any one of them.

*Note this may be called something else if you are using a launcher other than Launcher Pro. 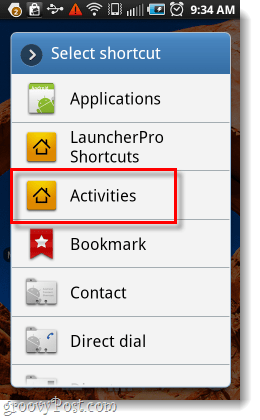 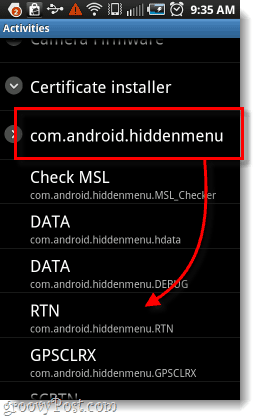 Now you have a shortcut to one of your hidden menus on your home screen, and you can keep adding them to your heart’s content. I first chose the RTN hidden menu because several people were wondering how to access it on phones that don’t support the # codes after reading our previous article. I hope this helps you with your Android phone, and feel free to post a comment below with your results! 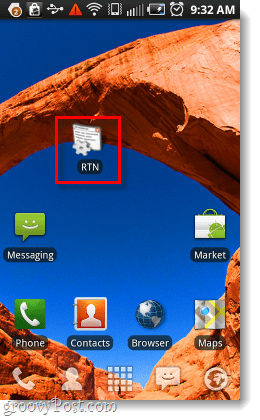 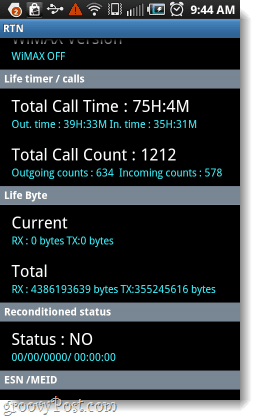