Sometimes on Android, you need to know the version of a particular app you are running. Here’s how to find the info you need.

The version of an Android app is the best way to tell whether a certain feature is available to you or not. But how can you tell what version you’re running? Read on to find out.

Why would you want to know the version of an app running on your Android device? Well, some features will only work on the latest version. Or on versions “newer than version x.y”. While this is not something you use every day, it’s very handy information when you do need it.

There are several ways to go about finding out the version of an app on your phone. We will take a look at some of them below, taking the Deezer streaming service app as an example.

The first, easiest, and quickest way is the About screen of the app. Provided it actually has one.

This screen will be hidden somewhere in the app. Usually, it’s under Settings; that is the case for Deezer, as seen below. 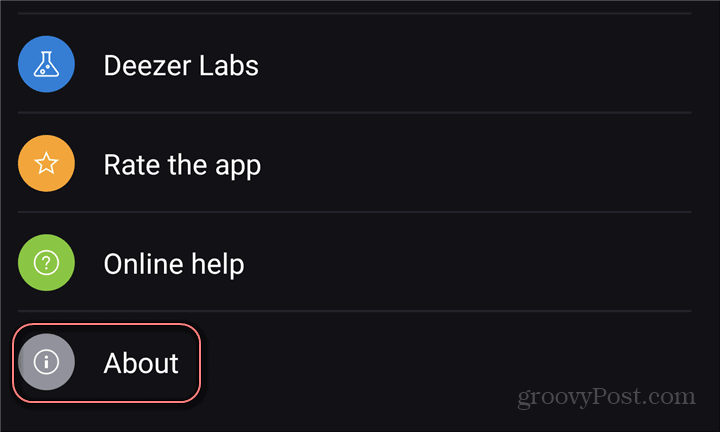 Once I tapped About, the app version was there for me to see. Very easy, but that won’t always be the case, as some apps don’t actually have an About screen. 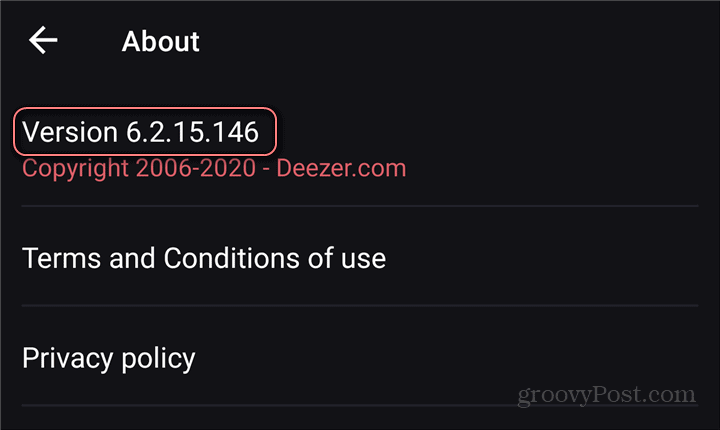 The Google Play Store (which, in case you missed it, has a dark mode), is the second option.

Start by opening the Play Store app on your phone. Then, tap the menu button on the top left side of the screen (the three lines). Once you’ve done that, tap My apps & games. 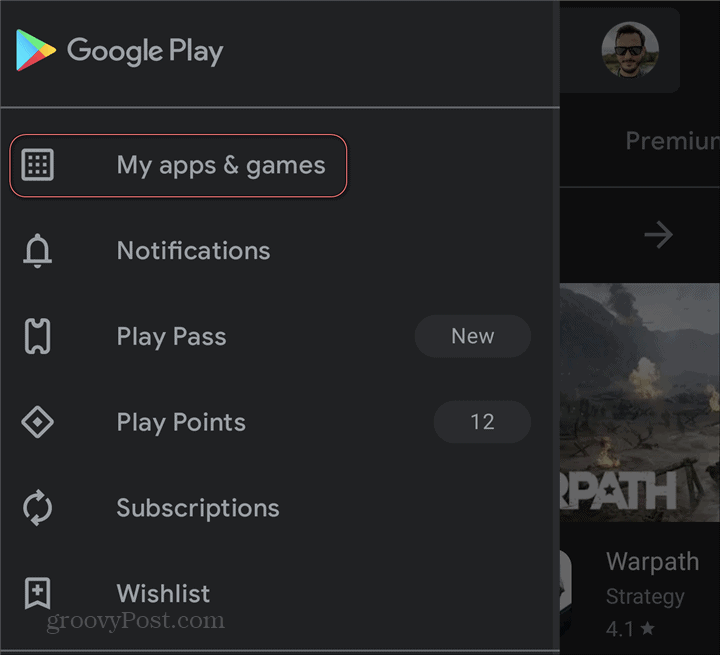 Now, tap Installed and scroll until you find the app you’re looking for — Deezer, in this example.

You don’t want to tap the Open button, as that will open the app itself. Tap the app’s name to open its Properties in the Google Play Store. 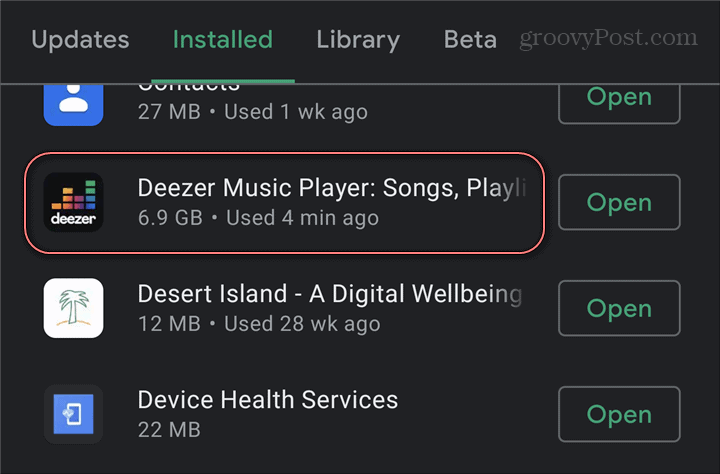 Now, scroll down to About this app and tap that section. 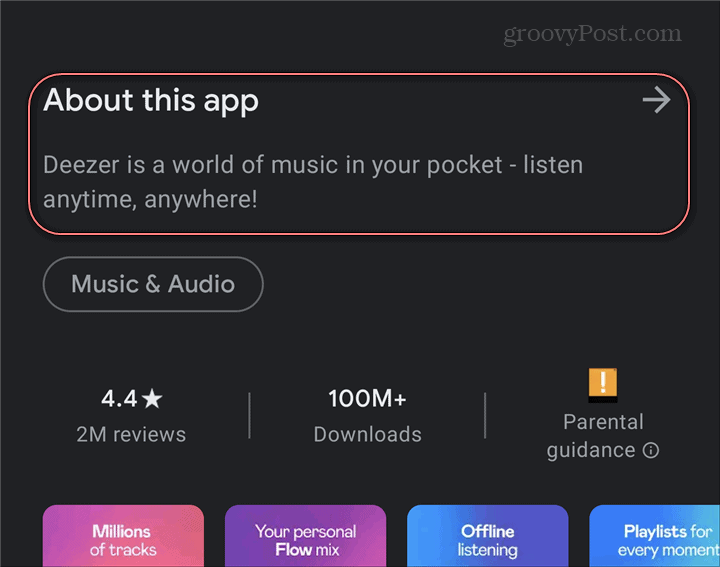 On the following screen, scroll all the way down again. This will take you to an App info section. There, among other bits of information, the version number will be shown. This will also show you the amounts of money you can expect to pay for in-app purchases, which can be useful at times, too. 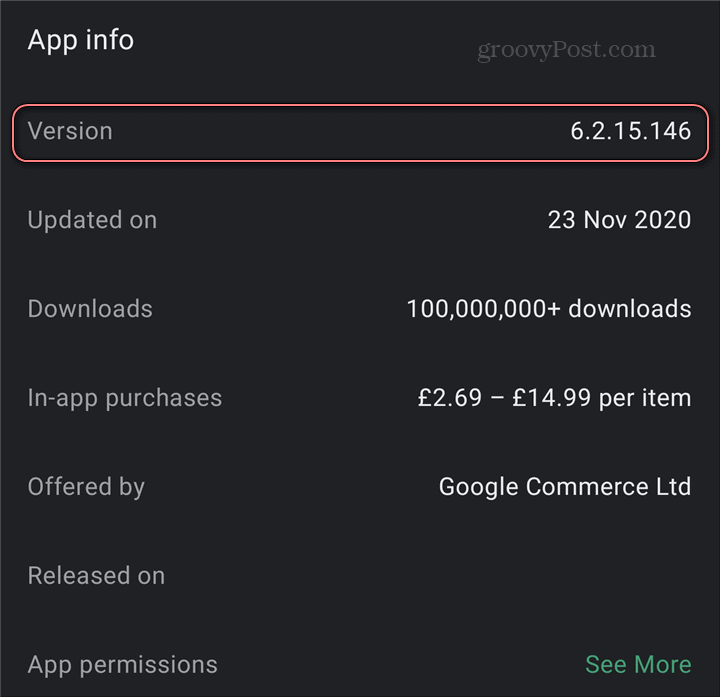 One thing is for sure. If you don’t know where to find something on Android, the Settings menu is always a good place to start. It’s the same for finding out what version of an app you’re running.

Once in Settings, tap Apps and notifications (or your phone manufacturer’s name it). 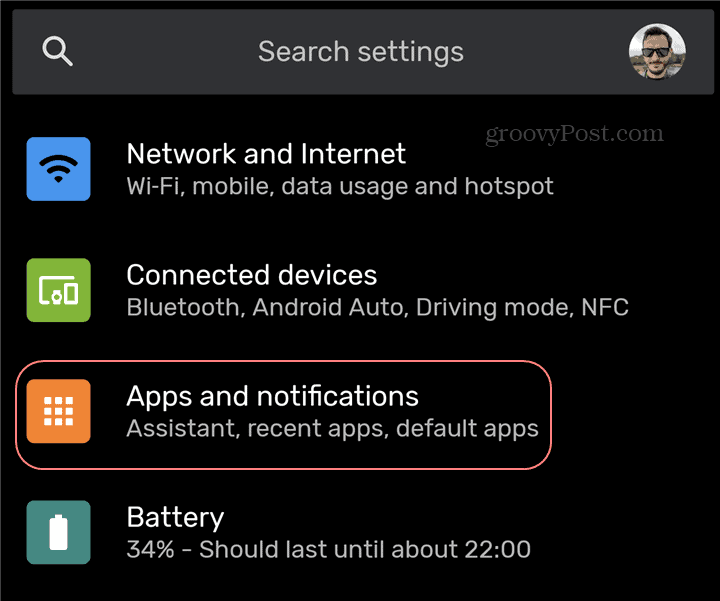 When you’re in there, tap See all xyz apps (where xyz is the number of apps you have installed). 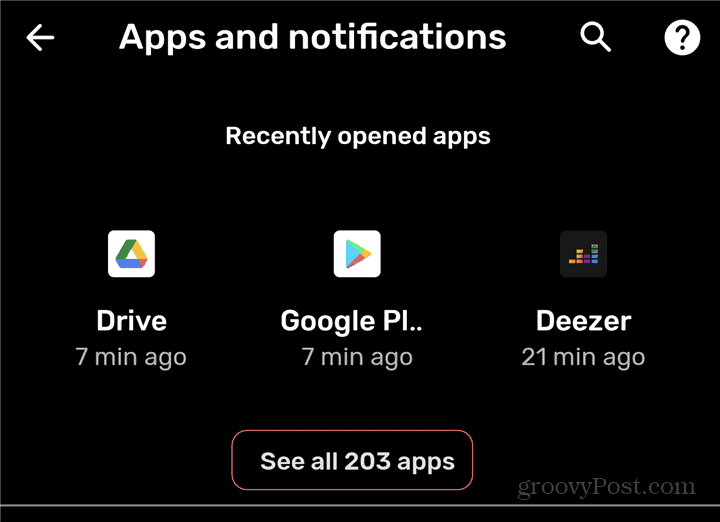 Now scroll down until you find the app you want to find the version for. Then tap it in the list. Once you are on the screen showing its details, tap Advanced. 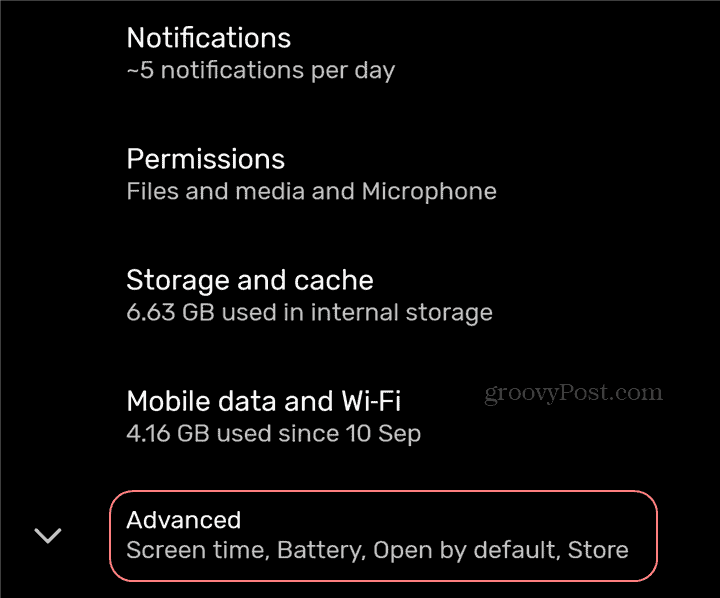 Now all that’s left to do is to scroll all the way down to the bottom of the screen. The version number of your app will be shown there. 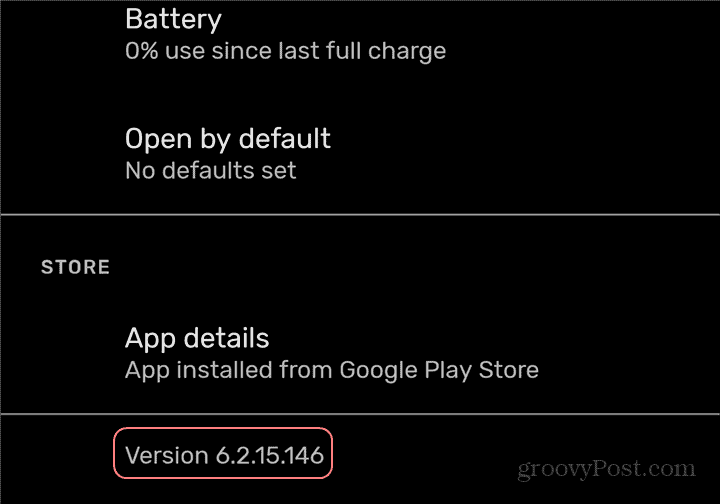 Is any of these options better than the other? It really depends on your preference, as the outcome will be exactly the same.