When it comes to beaming a YouTube video from your iPhone or Android device to the big screen you no longer need to worry about the types of devices you have.

When the Google Cast technology first came out you needed an Android device, as well as a Chromecast, plugged into your TV. Then eventually you started seeing the “Cast” button show up in apps on iPhone and iPad. However, not all apps on iOS include the button. And with an Android device, you can cast any media to Chromecast, regardless of the app.

Technology has really come a long way. And with YouTube being a Google-owned company, it’s no surprise that the cast feature would continue to evolve. Now you can use the YouTube app on Android or iOS to beam your videos to more than just a Chromecast. You can use it with Fire TV, Roku, and even Xbox.

Casting to Fire TV or Roku device from an Android device couldn’t be easier. Launch the YouTube app and start watching a video. When you’re ready to send it to the big screen, tap the “Cast” button on the video and then choose the device you want to beam it to. 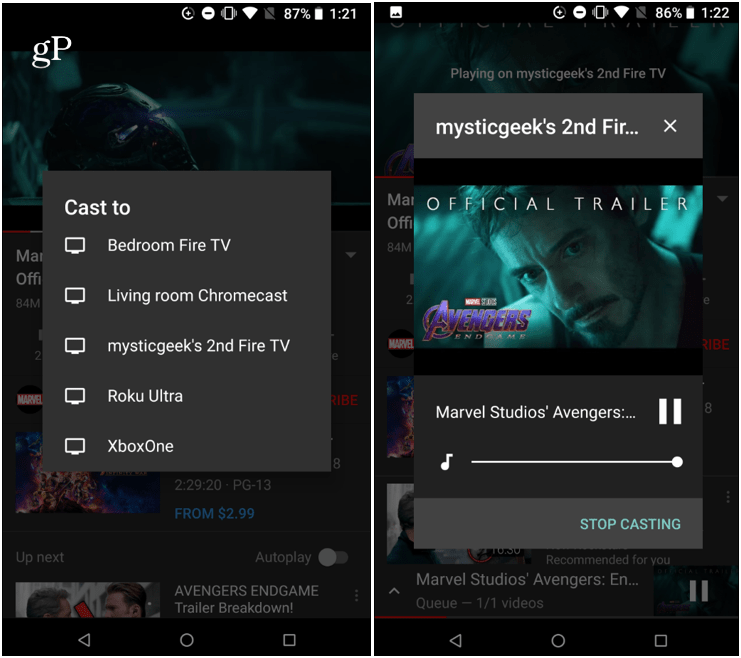 On an iOS device, the process is similar, the interface is just a bit different. Launch the YouTube app and start your video. Tap the “Cast” button and choose the device you want to watch on and it will start playing on the TV. To end a session, tap the “Cast” button again and choose the “Disconnect” on iOS or the “Stop Casting” option on Android. 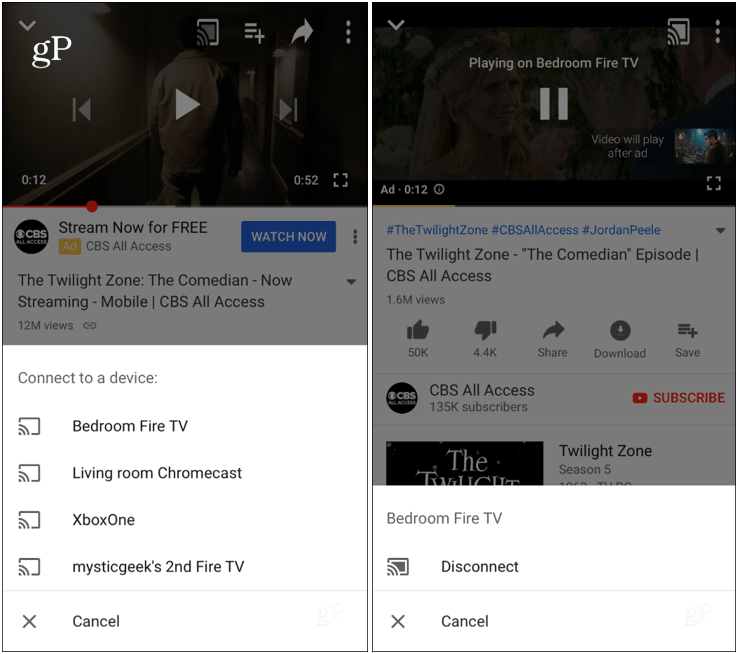 While the video is playing on the big screen you’ll get playback controls on your device. You can also tap other videos and add them to a queue to create a playlist. And with iPhone, you can control playback from the lock screen, too. 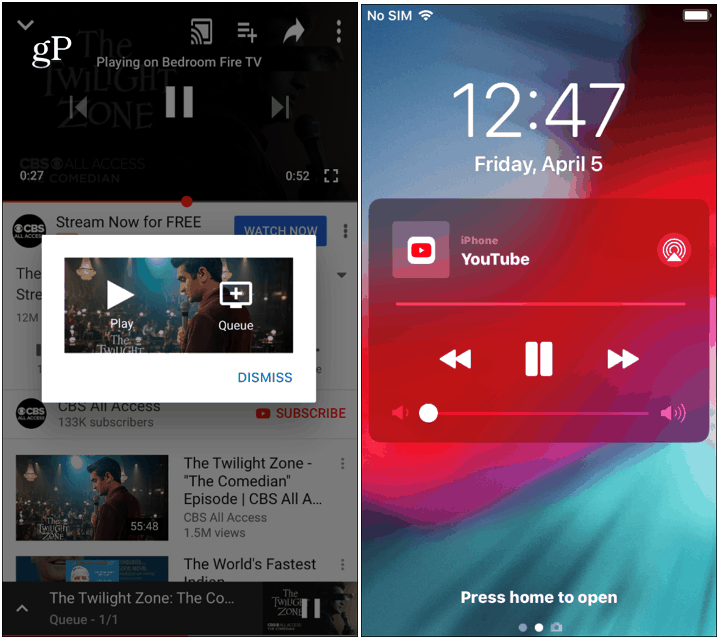 Even though Amazon and Google can’t work it out to have a proper YouTube app on Fire TV, you can use this as an alternative. Not to mention, you can use the Silk or Firefox browser on Fire TV to browse YouTube. Whether you’re a cord cutter or not, it’s always nice to have more streaming options.

It’s nice to see Google is going with a more universal approach to its Google Cast feature – with the YouTube app anyway. If you want to show a video on the big screen, you don’t need the device plugged into their TV. Wait…that is unless they have an Apple TV. Google and Apple haven’t been able to agree on that arrangement yet.