Twitter recently rolled out an updated interface to its web version of the app. If you don’t like the new UI, here are a couple of ways you can change it back.

Twitter recently made changes to its user interface for the desktop version. And the new changes mimic several of the elements of the mobile version. The company boasts that it adds more customization and improved navigation experience. The most notable change is to the top navigation bar which has been moved to the left side of the screen.

But as it goes with any major online app, these substantial changes aren’t welcomed by everyone. If you aren’t happy with the new design layout, you can get the old look and feel back. Here are a couple of ways to get the old Twitter web UI back.

There isn’t an “official” way to get the old Twitter design back. However, there are a few tricks you can use to return the interface back to how it used to look.

First, let’s look at using some hidden Twitter settings you probably don’t know about and are buried deep in the menu system. Click on the More button in the menu to the left. Then navigate to Settings and privacy > About Twitter > Directory. 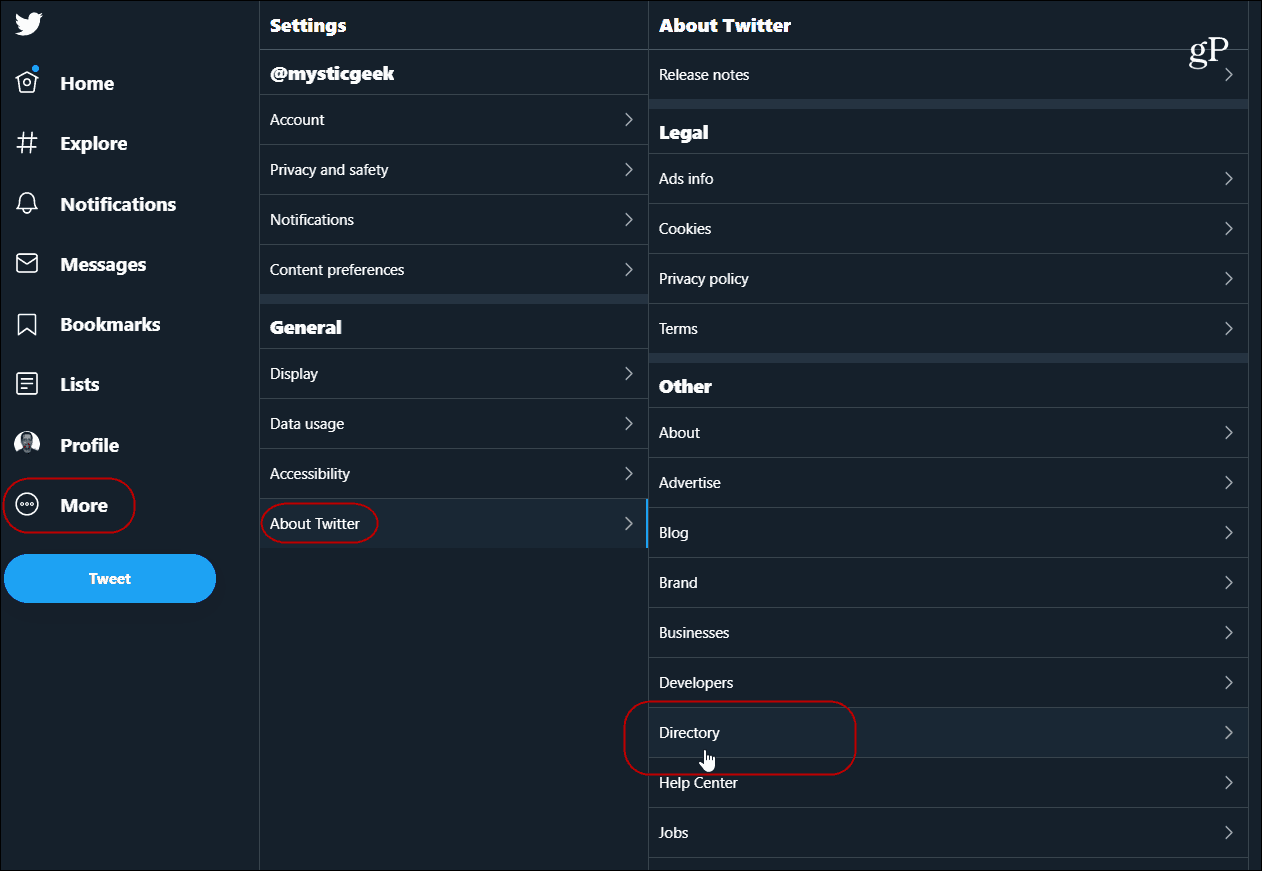 Now, from the Directory page, simply click on the Home or Notifications tab in the upper-left corner at the top of the page. That’s it, that will provide you with the old Twitter UI that you know and love. 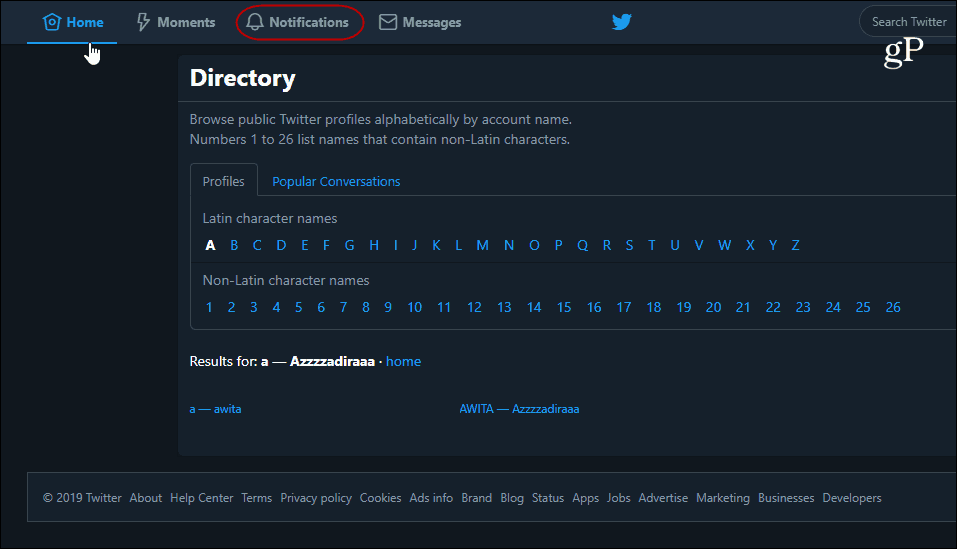 Keep in mind that it will go back to the “new” UI anytime you close out of it. So, you might want to bookmark the Twitter Directory Page or just leave the tab open.

You can use the browser extension called “GoodTwitter” to revert your Twitter experience back. The extension is available for both Google Chrome and Mozilla’s Firefox. After installing it, go to Twitter and it will load up the way you remembered it before the redesigned UI. The extension icon will appear blue on the toolbar when it’s working. If it doesn’t work at first, clear your cache and reload the page. 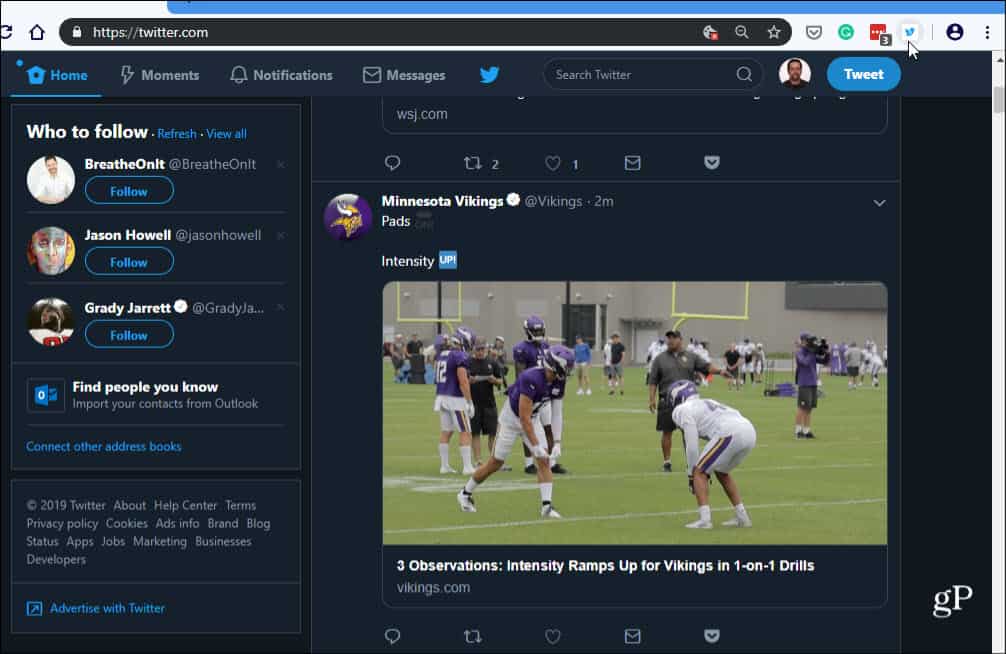 Note that the Chrome browser will warn you that the extension will read your browsing history. However, the developer is insistent that it doesn’t and has a detailed post about why Chrome says it does. He has also made the extension code Open Source which you can find on GitHub.

It’s important to note that while these options work now, they may not in the future. If Twitter is bound and determined to make its web version like its mobile counterpart, it could break the “Directory hack” or the extension at any time. But, in the meantime, go ahead and use one of these tricks now, while they do work.