You probably noticed things were a little light this week here at groovyPost.  You see, after a long winter in Seattle, MrsGroove decided it was time to get OUT of Seattle sooo…  last Saturday we boarded a cruise ship and headed south to Mexico for seven days. 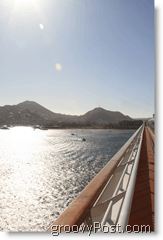 We’ve never been on a cruise ship before so I didn’t know what to expect.  Overall, it was nice.  We’re on our last day today and unlike most vacations, I’m not ready to go home yet, so I’m glad we have one day left.

While on board I quickly discovered the ship had an Internet connection I could use via satellite; however at $0.70 a minute, it’s not cheap.  Yeah, I know 70 cents a minute??  $42 for only an hour?  Are you kidding me?

Anyway, a groovy tip to those who might be going on a cruise – towards the end of the cruise prices will drop almost in half for everything from the Internet to massages.  If you can hold out to check your email or blog, you can save some serious cash.  :) 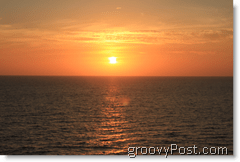 Since I haven’t been spending my time working on groovyPost articles, I’ve been able to take some amazing photos of the Mexican Riviera.  Since I’ll be posting this via the ship’s satellite Internet connection, I’ll need to keep the pictures to a minimum but here’s a few shots as well as a quick rundown of the overall trip.

We’re sailing on the Star from Norwegian Cruise Lines (NCL.)  Overall, no complaints.  The interior looked as if an old casino exploded inside of it however thankfully it didn’t smell like it.  The rooms were nice and a lot bigger than I expected (we got the mini-suite), and it wasn’t that expensive considering the all-you-can-eat meals breakfast, lunch, and dinner.

I think the key on a cruise is to get a good room.  Our room has a beautiful deck with lounge chairs which makes the evenings nice watching the sunsets and sipping the tequila we smuggled on board in Mazatlan <shhhh>.

My favorite thing about the ship, however, was the staff.  It seemed about 98% of the ship staff are from the Philippines, and I have to say, it makes me want to visit the Philippines as the people have been so kind and gracious.  They took great care of my family even when my youngest was throwing food.  I had the chance to have good conversations with a few of the staff during dinner last night and learned that they spend ten months at Sea followed by 2-3 months at home with their family.  With few work opportunities, it’s nice they can find stable work with a cruise line, but wow, that’s a long time to be away from home.  I hope NCL pays them well for that sacrifice.  Ten months is a long time to be away from your family. 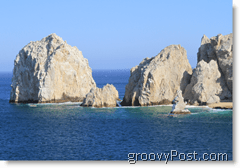 The first two days were spent sailing down the California Baha coast to Cabo San Lucas.  The trip down south was relaxing, and it was nice unwinding a bit before arriving at the first port.  Although NCL tried to shove a few hundred “excursion” or day trips down our throats, we decided to take our time and slowly make it into town finding our way to a secluded beach (near Lover’s Beach) via water taxi.

The weather was absolutely perfect in Cabo.  ~80 degrees with 77-degree water.  Although some of the more touristy beaches looked a bit crowded, I guess that’s what you should expect when two big cruise ships park in the harbor and unload 2000 tourists each. 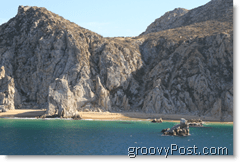 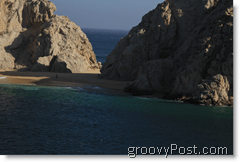 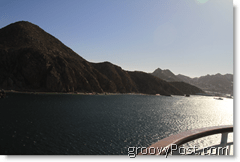 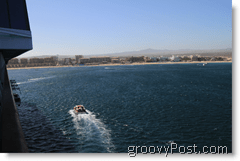 All I can say is I will defiantly be visiting Cabo again in the future.  Since we had to be back on the boat by 4 pm, we didn’t really have time to explore the city much, and I would really LOVE to go up the coast a bit to try out the scuba and surfing scene.  Next time, however, I’ll be sure to coordinate things to ensure no cruise ship is in the harbor during my visit.  That should shed 3000-4000 people from the local area instantly. 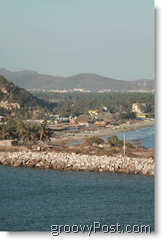 After Cabo, we spent the next evening sailing to Mazatlan.  Compared to Cabo, Mazatlan was very disappointing.  A few ship crew members told me that comparing Cabo to Mazatlan is like comparing Chicago to Miami.  Mazatlan had more shopping and more of an old Mexico feel however it also felt Dirty and unsafe.  Perhaps it was because the beaches had murky water and large industrial plants spewed smoke across the skyline.  Either way, we spent only a few hours on the shore and took only a few photos. 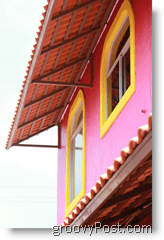 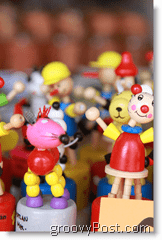 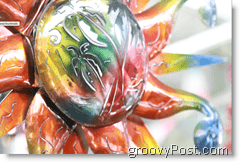 Perhaps some of you have other feelings about Mazatlan?  Personally, I won’t be going back anytime soon.  Not on vacation anyway. 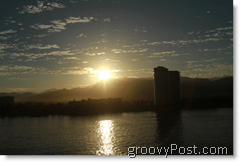 Puerto Vallarta was probably our favorite port we stopped at during the cruise.  The beaches were great, and there was plenty to do in town as well.  MrsGroove and I found a nice hotel on the beach which allowed us just to walk in and sit at the pool/beach and order food and drinks.  This arrangement was perfect since we had the kids with us.  Not knowing what to expect I didn’t bring my new 7D onto shore with us, but I did snap off a few shots with my small point-and-shoot Canon. 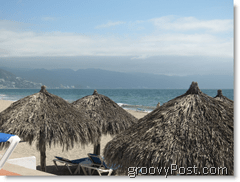 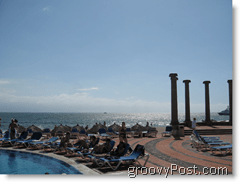 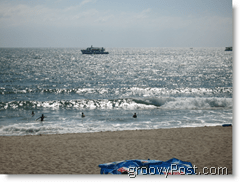 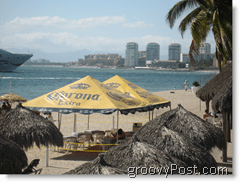 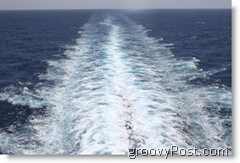 at however I think it was called Krystall Resort???  Or something like that?  You can pretty much ask anyone, and they will point the way.  Like I said, it’s a great spot with a great pool (with a wet bar) and beach access with showers.  It’s very kid friendly and has great food (steak quesadillas were amazing.)  For sure two groovy thumbs up if you ever visit Puerto Vallarta.

As of Thursday night we have been making our way back up the California Baha coast and should arrive in LA Saturday morning (tomorrow).  Every mile north the temperature is dropping but the slow and steady motion of the ship still makes the voyage home relaxing.  It’s also nice that we have two days to get used to the fact that the trip is over.

So that pretty much wraps up the trip.  It looks like the kids are waking up from their nap, so it’s time to close up the laptop and get back to the vacation.  If you make it this far down the blog post, I would love to hear your comments on the ports we/you visited and cruises you’ve taken. I’m always looking for a great tip!