Inbox by Gmail is Google’s latest email service for iOS, Android and Google Chrome. Here’s a quick-look at some features to expect and how to get an invite.

Inbox by Gmail is Google’s latest email service for iOS, Android and Google Chrome (for Mac and PC). Google built Inbox on top of Gmail with the goal of rethinking how we manage our inbox. First impressions, this appears to be the case, at least after a few days of testing it. Here’s a look at some of the features included in this new service.

How do I get Inbox by Gmail?

At least for now, Inbox is invite only however you can request an invite from Google by sending an email to inbox@google.com. Again, from personal experience it took only a few days for Google to send me my invite after I requested it so get your request in ASAP if you want to test it out.

Another option to get an invite is to find a friend who’s already got in invite as those who’ve already been invited get three invites they can share.

Once you’ve been sent an email verifying your invitation, download the app for iOS or Android. 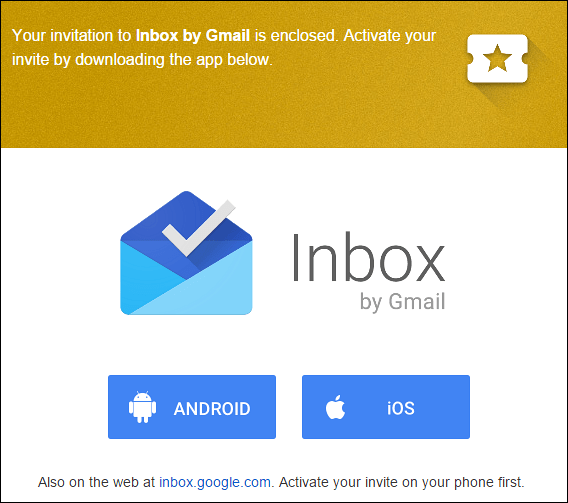 After install, use your Gmail account to login. For this article, I’m using the HTC One (M8) but the process is basically the same on iOS. After you sign in, you’re ready to go and start learning the nuances of the new email system.

The interface is designed to be simple, which it is, once you understand how the app works. That said, there’s still a learning curve during those first 10-15 minutes in the app. Not a surprise I guess being that the goal here is to re-think email management. 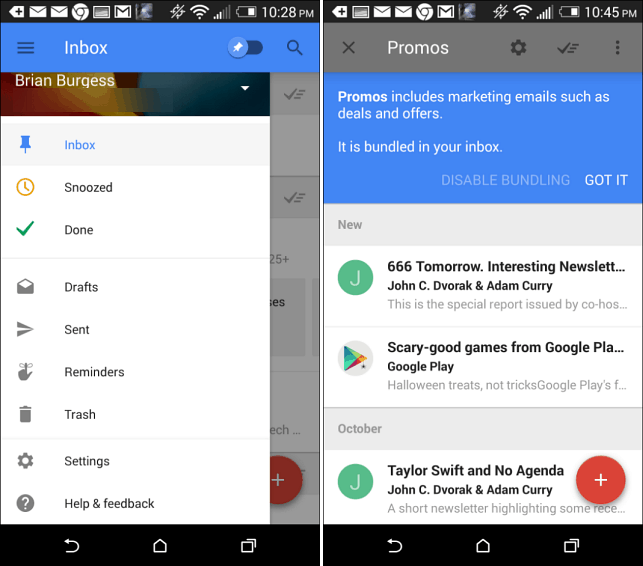 Basically, email is automatically grouped into several categories and individual emails are treated like tasks rather than actual messages. You can pin messages to the top of your list, snooze them for later, or sweep them away if your done. The great thing is all these tasks can be done by swiping left or right without even opening the email. 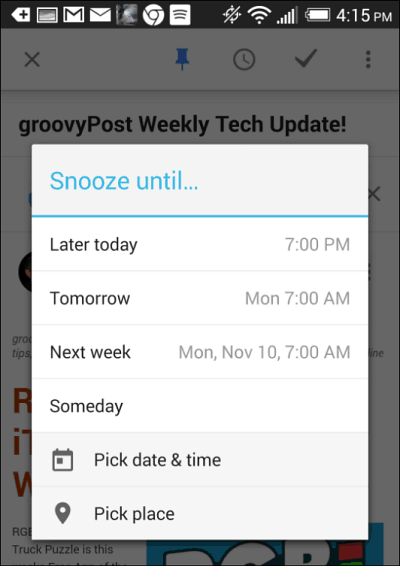 It’s obvious that Google focused its efforts on the mobile apps with Inbox by Gmail. But you can also access the service from your PC or Mac as long as you use Google Chrome. 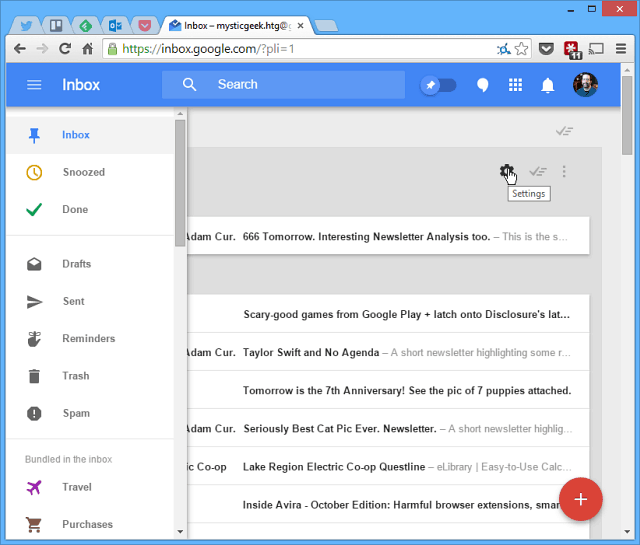 Trying to access Inbox by Gmail via a browser other than Chrome will give you the popup shown below. 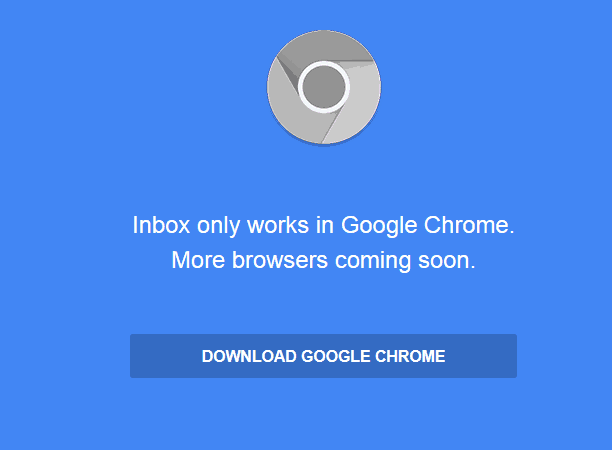 Currently Google is allowing everyone who’s using Inbox to add their other Gmail accounts. Additionally, per standard operating procedure, existing users can invite their friends and family to the service as well — however for now we only get three invites.

To invite someone, tap the red “+” icon and tap Invite people. 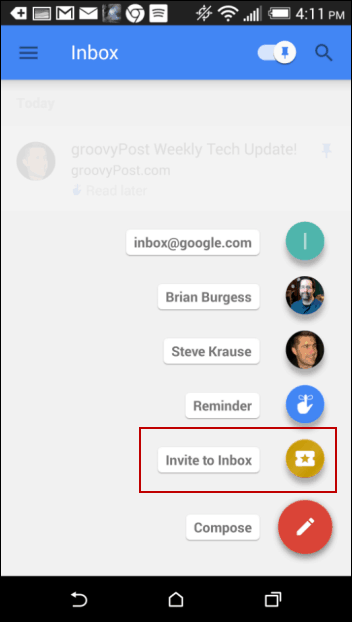 As I mentioned, no need to invite your other Gmail accounts to the service — minus your Google Apps accounts as they are not yet supported through the service.

As this is our first article on the service, I’ve only lightly touched on all that’s packed into Inbox by Gmail. As we spend more time with it, we’ll definitely provide more tips and tricks.

Have you received your invite yet or had time to use it? What’s your take on Inbox by Gmail?