I was an early adopter of the Nest thermostat. At first it was cool, but now over time annoyances have piled up. Here’s how to fix the annoyances.

I was an early adopter of the Nest thermostat. At first, it was cool, but now over time, annoyances have piled up. Other companies’ devices have leapfrogged over Nest’s features. I hoped Google would fix the problems, but they haven’t. Luckily, third parties have filled in some of the gaps in Nest’s functionality.

What’s Wrong With My Nest? 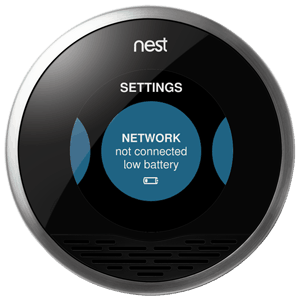 You can set the Nest’s temperature from a website or an app. It also knows what the temperature is outside to adjust the on-off time based on that. If you want it 72 degrees at home, it knows to start the air conditioner earlier on a warmer day. If your wireless router or Internet connection blips, all those features are worthless. The Nest service doesn’t warn you if it has gone offline. Wireless networks are flaky, and we all need to reboot our routers on occasion. The app and the thermostat let you know your thermostat is offline if you check manually. Still, Nest doesn’t proactively warn you with an email or mobile notification if it detects the thermostat hasn’t registered with the server in a while.

The new Nest Cam integrates nicely with the Nest Protect smoke detector if it senses a problem in the home, such as a fire or CO warning. That’s great, but there’s no integration with the Nest thermostat. As of this writing, the only way to let your Nest know you’re home and active is to walk past it. For some homes, that is no problem; if the thermostat is in a location you pass by often.

Manual thermostats were ugly, so we put them out of the way in many homes. In my home, it’s in the corner of the living room — someplace we rarely are. We have to walk over to the corner of the room when we come home before we even greet the dog to say, “We’re home, adjust the temperature.” I have a home office, and Nest too often assumes I am not home when I indeed was home — and wondering why it was too hot in the house. It’s like when you see those motion-controlled lights in a bathroom, and suddenly it goes out before you’re finished. Awkward.

I hoped that the Nest Cam would be smart enough to talk to the Nest Thermostat to say, ‘Hey, somebody’s home.” No such luck. 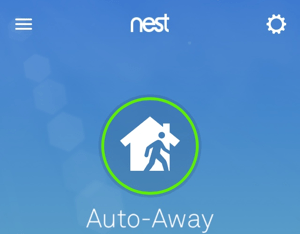 The mobile Nest app lets you control all your devices from one central app or web page. That’s perfect for 2013. Sure it’s a first-world problem, but I want to control my Nest from a menubar app or lock screen. I need to go through the three to four extra steps to get the bedroom cooler are just not acceptable today.

Junction Warns You When Your Nest Detects a Problem 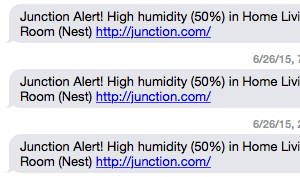 Junction has a cool way, pardon the pun, of notifying you if there’s a problem at your home. The Nest app does some of this, but apps aren’t always the most reliable at informing you of problems. A flaky update or a reboot may force you to log back in.

The latest version of the Nest app includes the temperature threshold, but that’s it. They don’t include an SMS or email option for notification. That means if someone is house-sitting, they’ll need the app to be notified if there’s a problem. Junction’s approach is better because it’s app-independent.

Geofencing-Using Location Rather than Motion 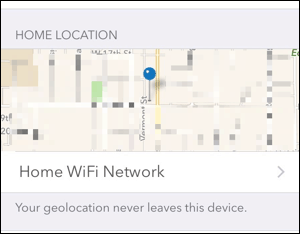 Instead of determining if I’m home based on movement. Geofencing uses your mobile device’s location to determine if you’re at home. That makes more sense than Nest’s motion detection. If I’m in my office, I want it cool, and I don’t want to have to say “Hi” to the Nest all the time. I think the dog was getting jealous. I greeted the Nest before I greeted her. Furthermore, Geofencing allows the thermostat to know in advance that I am coming home, turning on the air conditioner as I drive home, and turning it off when I leave.

For iOS, I’ve been using Skylark to add geofencing to Nest. It has a free 7-day trial, and then it’s a $4.99 in-app purchase. I briefly tested @home for Nest on Android, but there are a few more apps at Google Play. If you’re looking for a more DIY solution, try some custom recipes in IFTTT. Before I bought Skylark, I had a recipe that linked my Automatic car sensor with my Nest.

Desktop and Wrist Apps Instead of Web Apps 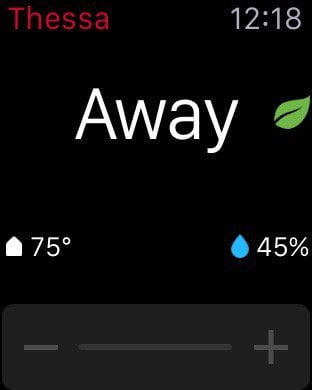 I’m lazy. After all, that’s why I have a smart thermostat! If I’m working in my office, I don’t want to be bothered going to a website or by phone to change the temperature. I need the least interruption to my workflow. On the Mac, Climate lets me change the Nest temperature, or Thessa lets me do it from the Notification Center. Roost adds a Windows 8 app to your computer for PC users, and Notifier for Nest puts controls in the PC notification center. As previously mentioned, Thessa has an Apple Watch interface, and WrisTemp Pro for Nest lets you do it from Android watches.

Nest makes it easy to write third-party apps, and IFTTT gives Nest magical properties. I think Google still missed some opportunities to make it easier for the average consumer. Fortunately, you can bridge those gaps with a few downloads.