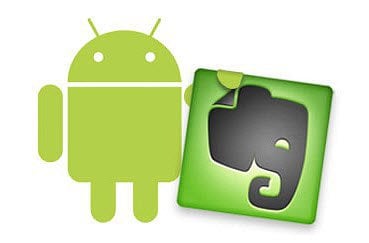 Evernote for Android recently added a useful feature — the ability to take handwritten notes. Here’s a look at using the feature on your Android device.

Evernote for Android recently added a useful feature — the ability to take handwritten notes. Here’s a look at using the feature on your Android device.

Handwritten things definitely have their charm and there are people out there that find it easier to write stuff down for their notes. Some people find using a keyboard to be a tedious process and I can relate a little. you can’t doodle, or make notes unique, that your brain understands without actually writing them. Anyway, this feature makes it easy to take notes the old-fashioned way…sort of.

Start by firing up the Evernote app on your Android device and creating a new note. If you don’t already have it installed, you can get it from the Play Store here. 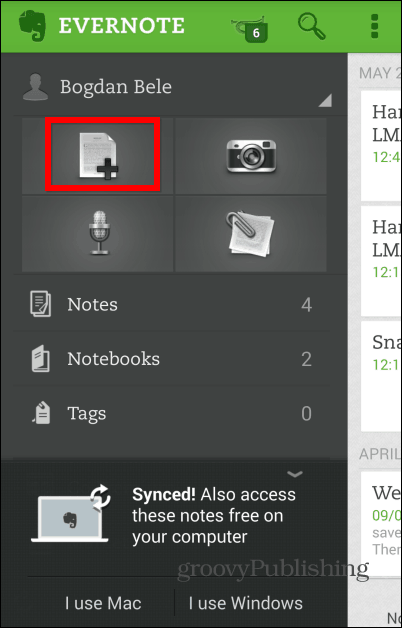 Then, tap the plus sign at the top right side of the screen and find Handwriting. 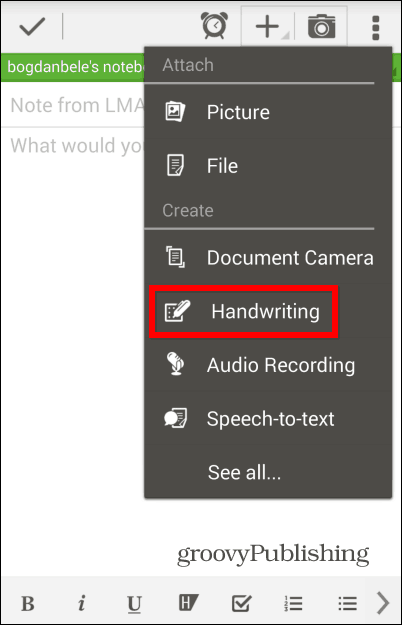 From now on, when you want to use the handwriting feature while using Evernote, just type the dedicated icon. Now you can use your finger to do the writing, or a capacitive stylus which are affordable and can be purchased in packs from Amazon. 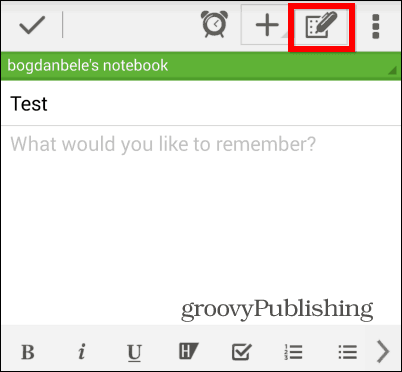 If you want to scroll up and down, you’ll need to hold two fingers on the screen (because, obviously, one finger will be considered handwriting). You can use the eraser to, well, erase what you don’t want to keep and even select portions you want deleted – you have dedicated buttons at the top of the screen. 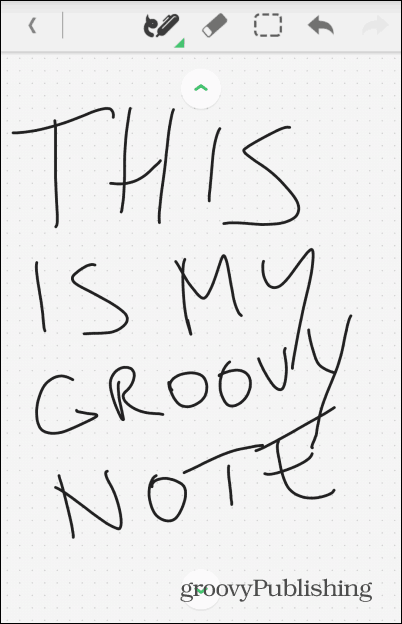 You can also use different pen thicknesses, as well as four colors. A button is provided for that. 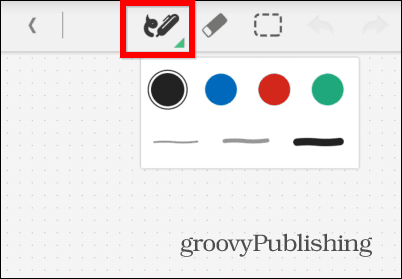 Now, here’s another cool thing – a few minutes after your notes are synced, they will be searchable. Evernote has Optical Character Recognition (OCR) for this. And as long as your handwriting is intelligible for it, you can find your notes when you need them.

In the example below, I’ve searched for the term groovy and my note was easily found. 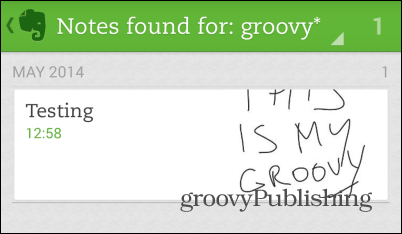 If you’re the type who loves technology, but prefers to take notes by writing them down, this is a great new feature for Evernote. Plus the ability to search your notes later is icing on the cake. All in all, a very useful feature, which I recommend.