Dark modes are all the rage these days and Apple isn’t the only one to offer it with its iOS 13. Google’s Android 10 now offers a system-wide dark theme. Here’s how to enable it.

Android 10 is packed with new features and abilities including enhanced permission controls, Smart Replay, and sharing Wi-Fi network credentials via a QR Code. Another new feature, which was also introduced for iOS 13 is a system-wide dark theme. And enabling it is a piece of cake. Here’s how.

Why a Dark Theme?

Dark Mode is all the rage these days both on desktop operating systems like Windows 10, apps such as Slack, and mobile devices. There are several reasons why you would want to use a dark theme on your Android device. First of all, it can be much easier on the eyes, especially in dark environments. There’s nothing more annoying blasting your eyes with a brilliant white light at night.

More than that, if your smartphone has an OLED screen, using a dark mode can result in significant battery life increases. The explanation is that OLED screens turn off pixels to display black, so they don’t use battery power for those portions of the screen.

To enable the Android Dark theme start by going to Settings > Display. 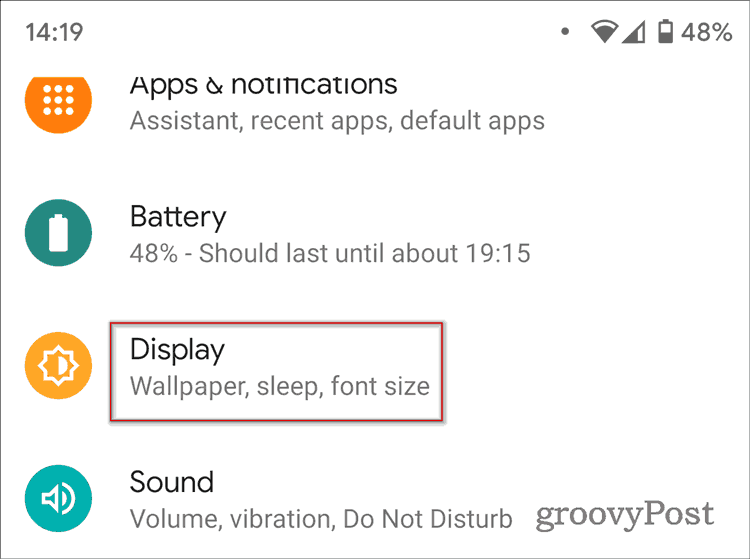 You will find a Dark Theme toggle there. Activate it and that’s it; you have now enabled the feature. 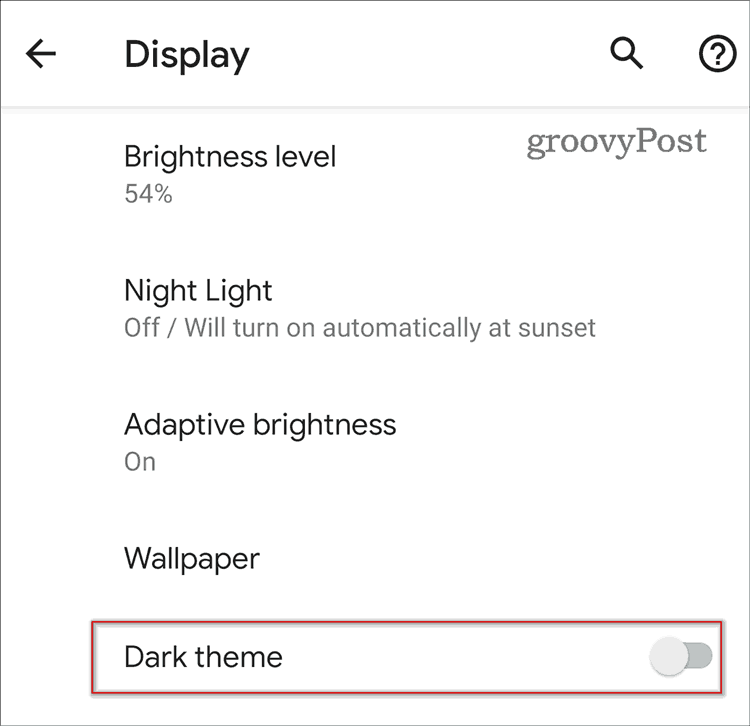 It’s also worth noting that the Android quick settings menu hides a Dark theme tile, too. It allows you to easily toggle the feature on and off. You can find it by sliding your finger downwards from the main screen. Then tap the Edit button on the lower left side. You are then able to bring the respective tile into the menu.

Many applications have adapted to the dark theme craze and are able to adapt to it. Android will automatically switch apps over. Or, you can turn it on in individual apps. Google Calendar and Google Keep are just a couple of examples.