Google recently introduced a new feature it calls Input Tools. Input Tools brings over 75 new languages through the use of virtual keyboards and transliteration. Previously, Google only offered support for five languages, and this is the first update to the virtual language service since 2009.

This feature made its debut via Gmail, but it’s also available for Chrome, Android, Windows and other Google services. Setup for Android and Windows is easy, just download the app and run it. With Gmail, it’s a bit trickier to find. So we’ll show you how to set it up below.

Open up your Gmail account and click the Settings menu (Gear icon)at the top right next to your name. 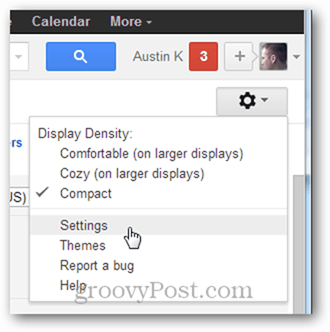 From Setting, stay on the general tab and click “Show all language options” in the language row.

The Input Tools window will open up. Here’s where you can choose the language keyboards that you want to add. Only the ones you add to the right column will be visible. Click OK to exit once you’re done. 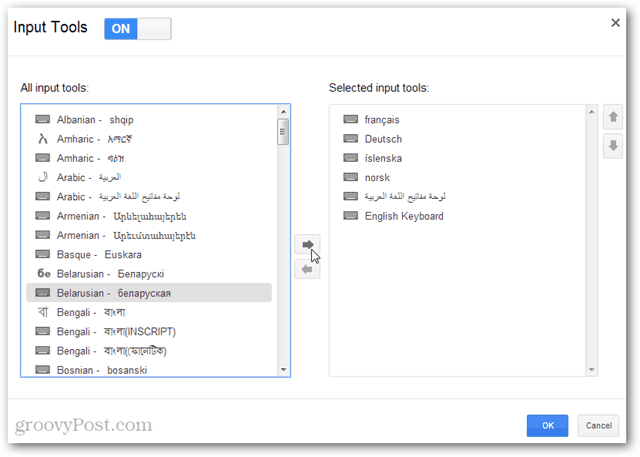 Don’t forget to Save Changes at the bottom of the Settings page, otherwise, you’ll have to go back in and enable Input Tools all over again.

Now with Input Tools enabled, a new small keyboard icon is displayed next to the gear icon. Click the icon any time to enable or switch between virtual keyboards. Currently, only one virtual keyboard can be used at a time. 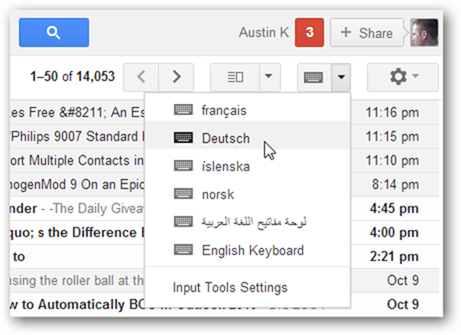 The virtual keyboards can be used anywhere, but they are really the most useful on the message composition screen. 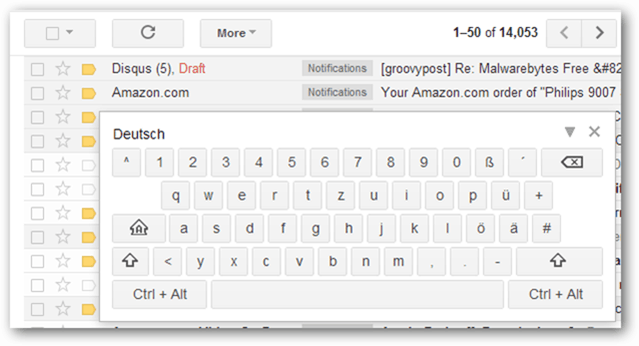 Language-specific characters will show up as you type them. While you have a virtual keyboard open, the keys that you physically press will be swapped out as though you were typing on a keyboard made for that language.

Google’s Input Tools are groovy to use. Typing in a language that your keyboard isn’t set up for can be tough, but Google’s virtual keyboards make the job a lot easier. I especially like that you don’t have to use the mouse to input special characters, just type them.

If you use Gmail to connect with people internationally, this feature makes communicating incredibly easier!