Are you tired of being added to groups in Whatsapp that you don’t want to be in? Check out this new setting that will prevent it from happening.

Do you keep getting added to WhatsApp groups that you really don’t want to be in? To combat that, a new feature of the messaging application is definitely for you. Here’s how to use it.

Chat groups can be useful for keeping in touch with friends, colleagues or people you share interests with. However, we all have that person on our list who creates lots of groups. And then adds their whole phonebook to them. But now you have a choice in which contacts can and can’t add you to every group of theirs.

Decide Who Can Add You To WhatsApp Groups

The feature has been recently added and couldn’t be easier to use. The steps below are on an Android smartphone, but they are similar on iOS devices.

First, make sure that you’re running the latest version of the app. Then, launch WhatsApp and tap the three dots at the top right side of the screen and tap Settings. 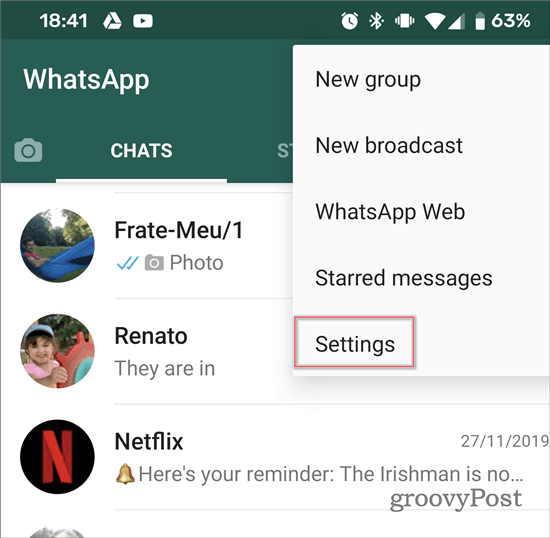 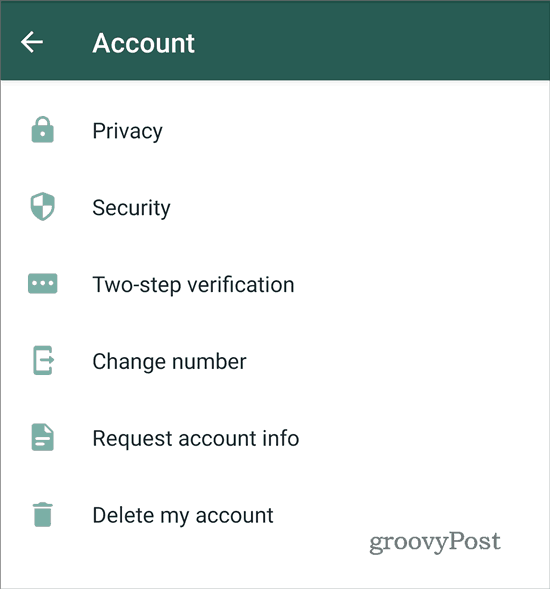 Next, choose Groups from the menu. 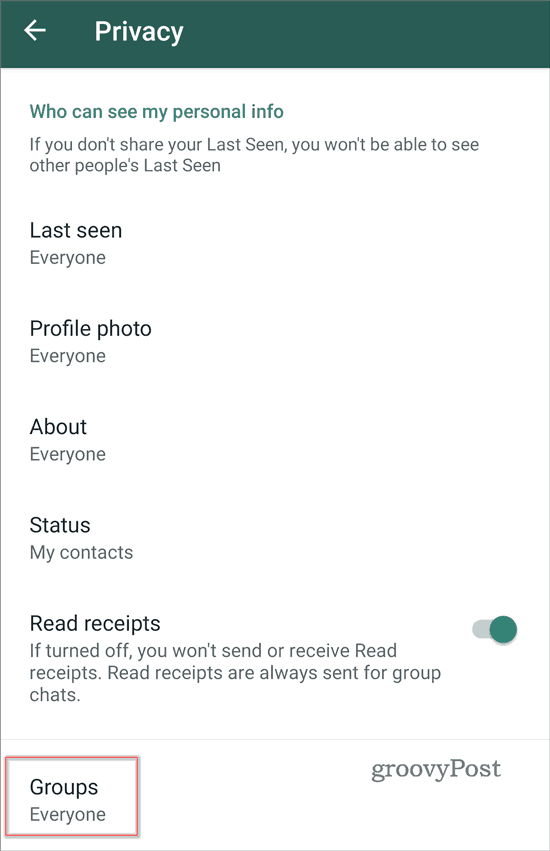 The next step is the most important one. This is where you can decide who is and who isn’t able to add you to groups. The options offered here allow for some good tailoring of this setting.

You can leave the default setting, which is Everyone — which obviously isn’t what we want. Or, select My contacts which are only those in your list.

Most importantly, though, you can select My contacts except which are contact not allowed to add to groups. 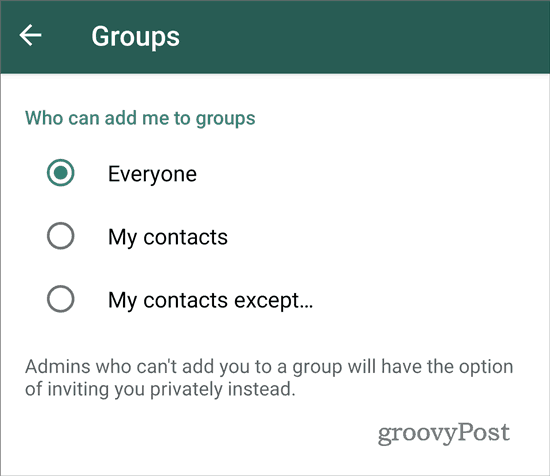 This will prevent that person we all know in our lists who thinks that everyone wants to see their funny cat pictures group, for example.

All in all, this can be a very useful WhatsApp feature. This will stop the annoyance of being added to groups that you don’t care to be apart of.