A broken or decaying hard drive can bring your computer to a screeching halt. If your computer is performing poorly, this is one of the first components to check.

Is your computer running really slow, crashing, missing data, or making strange noises? These are all symptoms that could mean your Hard Disk Drive (HDD) is about to die. I recently had an HDD go out on me, and after thorough testing, the root cause of it turned out to be rampant bad sectors from natural wear & tear over time. Thankfully the drive was still under warranty, and a replacement for the RMA is currently being shipped out.

Note: In this case we’re talking about HDDs, not SDDs (Solid State Drives). None of the tools on this page are designed for use with SSDs and should probably not be used with them.

If you think your drive may be performing poorly, running a scan of it is a good precautionary step to prevent data loss. If it turns out that your drive is in bad shape, you may be able to salvage all of your critical data before it becomes completely unreadable, and the data becomes too corrupted to ever recover.

Despite what most hype sites and developers out there will tell you, the best diagnostic tool to use on your HDD is the one from the manufacturer of the device. Each one is created specifically for each drive. And most of them will only Read the drive vs. Writing to the drive (which could further damage it). Below is a link to each individual manufacturer’s diagnostic software, and a few more solutions.

Western Digital uses Data Lifeguard Diagnostic for Windows for most of its HDD drives. You can download the software on its support website, here. 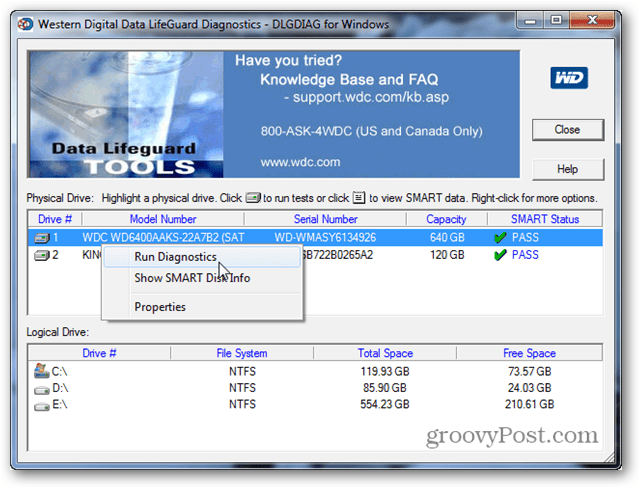 Seagate has pretty much taken over half of the HDD industry. The software used for diagnosing all of these drives is SeaTools. It can be downloaded from the official Seagate support site, here. 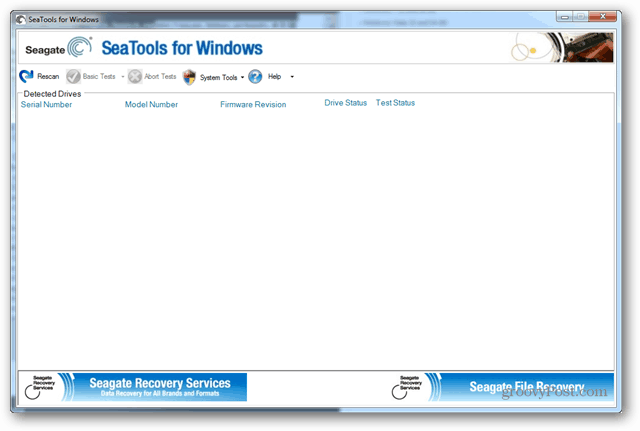 If you have an IBM hard drive there is a high chance that it was manufactured by Hitachi. For Hitachi brand HDD’s use the official Hitachi diagnostic tool, available from the official website. 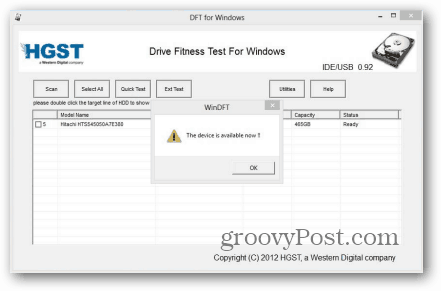 Another combo, Fujitsu turned over its HDD development to Toshiba and the same tool can now be used for either brand of drives. Download it from the official support site, here. 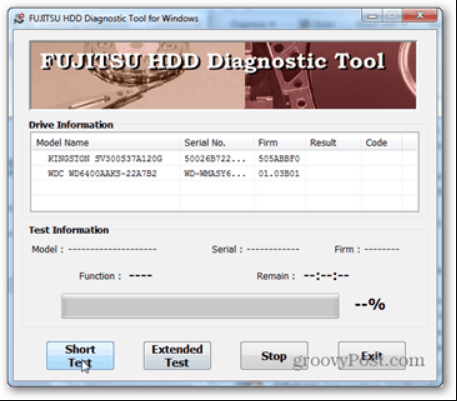 Drive not supported by manufacturer software?

Not all hard drives have support from the manufacturer however, and when that fails there are a few other tools that can be used to test the health of the drive. HDTune will let you use it for free for 15 days and it can thoroughly scan almost any drive. What’s better, the trial version doesn’t have the capability of writing to the drive, which is a good thing when dealing with failing drives. I wouldn’t recommend buying HDTune, but it’s good for when you’re in a pinch. 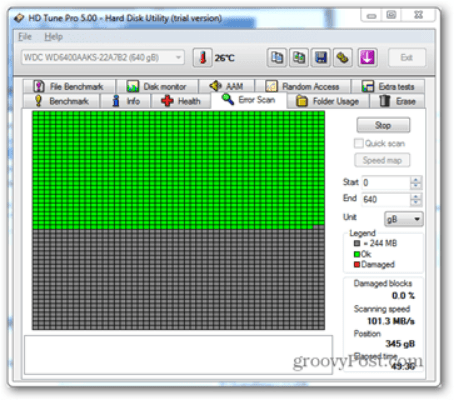 One of the quickest ways to check your hard drive is to run Check Disk (CHKDSK), which is built directly into both Windows 7 and Windows 8. We already have an easy-to-follow groovy guide on using Check Disk in Windows 8, and for those who haven’t upgraded, the process is exactly the same in Windows 7. CHKDSK will attempt to repair the drive if the problems are caused by logical errors or faulty digital sectors, but “Check” it out. 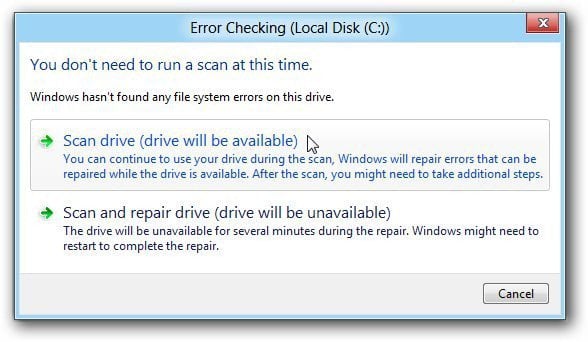 When a hard-drive goes bad, there isn’t much you can do to fix it. There is paid software that will probably bring some life back into the drive if the death isn’t due to immense physical damage or degradation. Of the available paid options, SpinRite is one of the best, if not the overall best. But, at $89.00 it’s an investment that shouldn’t be taken lightly if you plan on moving away from an HDD and installing a Solid State Drive (SSD).