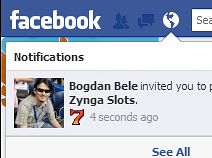 Facebook friends don’t have evil intentions when they invite you to play games, or maybe they do? Either way, if you want to block them here’s how.

If you have Facebook friends with too much time on their hands and sending you annoying game requests all day long, you should know that you’re not the only. However, there is a way to get rid of them (the game requests, not said friends). Here’s how.

If what you’re seeing when logging in to Facebook is similar to the screenshot below, then some serious measures are in order (I’m the invite spammer in this case, but you get the picture). 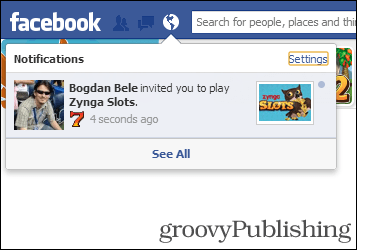 So, what do you do to send those notifications in notification heaven and have a calmer existence? First, click the little lock icon at the top right side of the Facebook main page. In the menu that comes down, click See More Settings.

Now, in the left hand menu, find Blocking and click it. 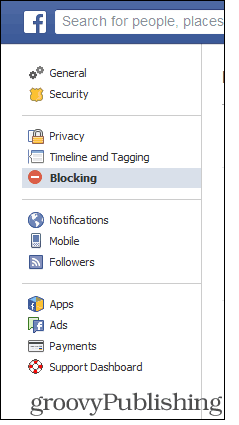 You’ll be presented with a whole range of blocking options, which I have a feeling you’ll be using extensively in the future, now that you’ve found them. As tempting as it may be, scroll past the Block users option (maybe that friend doesn’t deserve such drastic measures), until you find a little section called Block apps.

Yes, people have annoyed me with lots of crap apps during my years of Facebook, and I’ve proceeded to send lots of them away. In this case, I want to get rid of Zynga Slots, a game I’ve been so gracefully invited to. So, to get rid of an app or game, just start typing its name and you’ll get suggestions, as seen below. 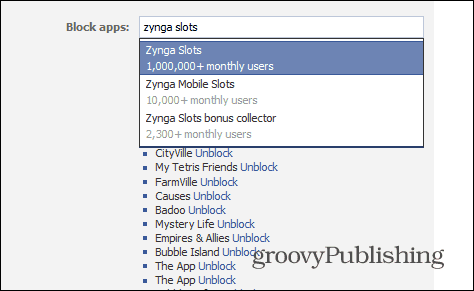 Once you’ve found the app you want gone, click its name; the result is that it will be added to your block list and it won’t be able to annoy you again. If you decide that you want its notifications back, repeat all the steps above, find it in the list of blocked apps and click Unblock next to it. It will be back in no time.