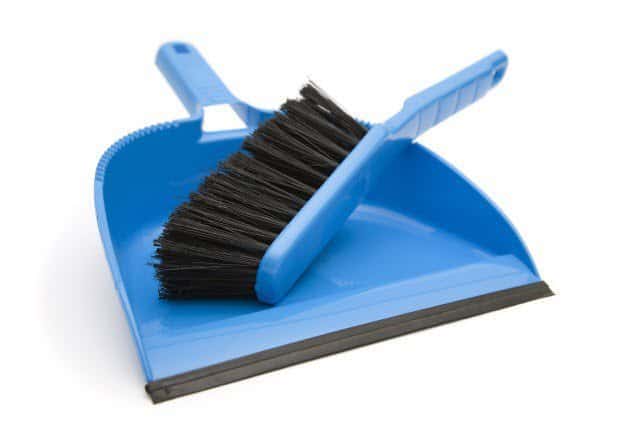 Do you have a ton of apps on your Android device and think you should clean things up? App Eater Uninstaller is a free way to uninstall apps in batches.

Do you have tons of apps on your Android device and think you should clean things up? App Eater Uninstaller is a free way to save time and uninstall apps in batches versus one by one.

App Eater will make the whole uninstallation process much easier, as you won’t need to go through the tedious process of selecting one by one.

Start by installing it from here in the Google Play Store. It’s free.

You’ll be shown the screen below, which already includes some useful information. Namely, you’re told what the last installed app was (I usually install and uninstall lots of stuff, so that really helps), the app that was last updated, as well as the one you’ve most recently used.

You can use the buttons next to each one of them to Eat the app (or uninstall it, if you like the sound of that better) or Lock it. Locking it translates into hiding it from App Eater’s menus and widgets, thus keeping it safer when you feel like uninstalling everything in your way. 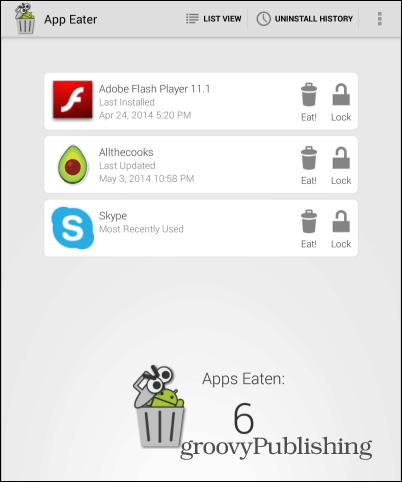 Now, tapping the List View button will show you a list of your installed apps. You can do the same button thing to uninstall them one at a time, but you can also (and here comes the good part) batch uninstall apps. Just tap their names in the list to select them. 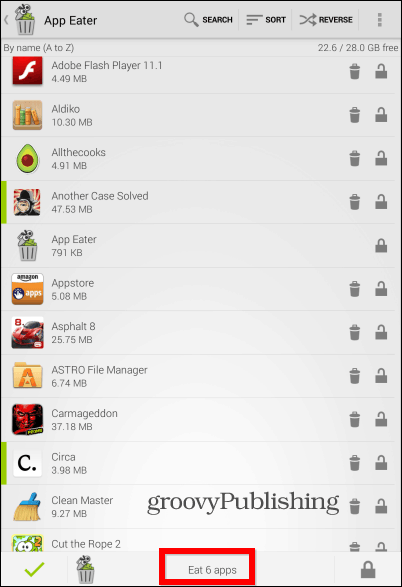 When you’ve selected all you want, tap Eat X apps and the apps will start uninstalling. One annoyance is you have to go through Android’s uninstallation confirmations, but it’s still much better than doing one at a time. 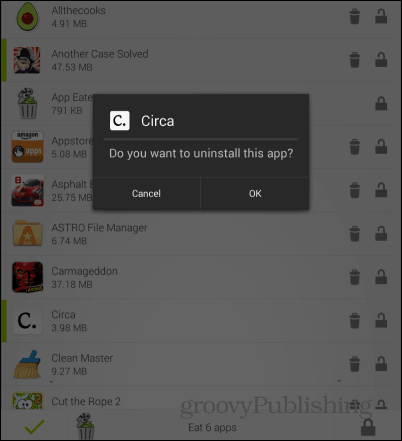 It also offers an Uninstall History button, which does exactly as advertised, with one (notable) bonus: Each app has a Google Play Store link next to it, should you want to reinstall it. If you never want to see the apps you’ve uninstalled again, you can always tap Erase History. 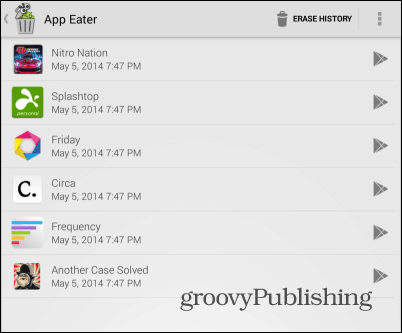 Another cool feature is it comes with a widget you can add to your home screen. Actually, it has three possible versions, as you can see below.